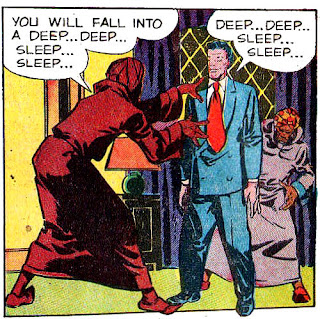 
The Saint and Stumbo


The online copy of Avon's The Saint #5 has an index card identifying various artists who worked on this 1949 Avon comic. 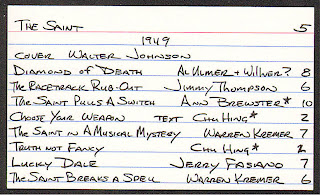 If I had not read the I.D. of the artist of "The Saint Breaks A Spell," I would never have guessed it, even though it's a name well known to me. Warren Kremer was Harvey Comics' chief artist for decades, drawing all of the Harvey characters, most notably Casper, Richie Rich, and one of my favorites, Stumbo the Giant. The card tells us that Kremer did two strips in this issue of The Saint. I'm including a Stumbo story from Hot Stuff #17, 1959, to show you that a decade made a lot of difference in that artist's career.

The Saint splash panel provides us yet another example of the Jeepers Girl, who I have featured before. See Pappy's #727 and Pappy's #911, and Pappy's #788, which links to another blogger who has found more examples. 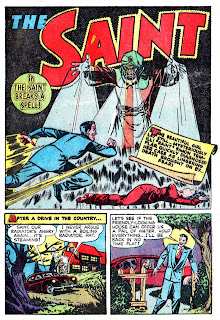 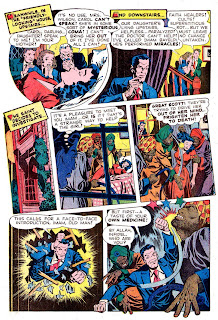 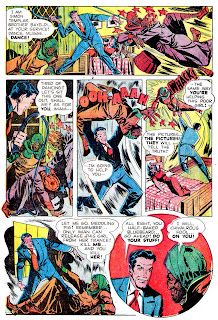 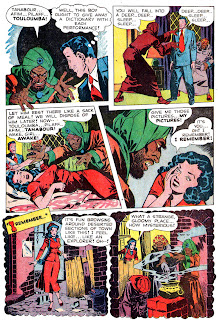 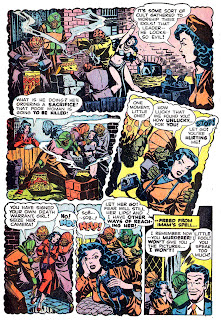 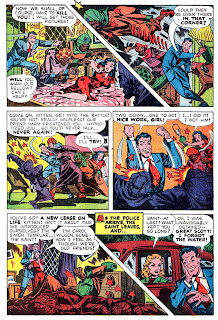 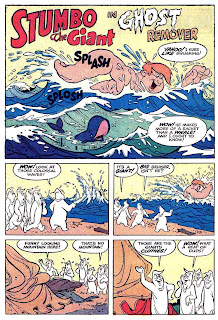 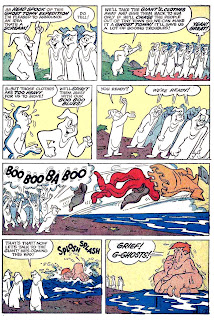 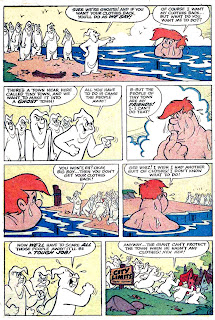 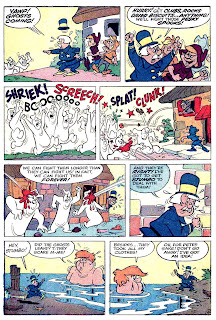 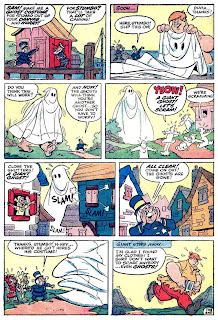 For a real comparison, you could also have a look at some of the covers Kremer did for Harvey's realistic lines in the midfifties. He also designed some the of ones Lee Elias did. A real multi-talent.

Kremer's work is all new to me, but I'm loving what I see in that Saint comic. I learn something new whenever I show up to Pappy's. Thanks!

Another great presentation! They're both highly stylish. He seems more comfortable in the later work, master of his own little universe and its cast. Thanks for this and many other posts!