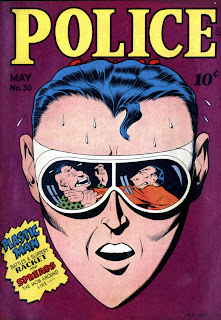 
The last couple of Plastic Man stories I've shown I've expressed doubts as to whether they were done wholly or in part by Jack Cole. This story from Police Comics #30, 1944, looks like it could have been penciled by Jack Cole. He signed the cover, but not the story.

I was born soon after World War II, and growing up I heard stories of wartime rationing. Gasoline, tires, meat, sugar, butter, etc., were rationed. And when something is in short supply criminals will find a way to make a buck off it. So this Plastic Man story is set firmly in the time of war, with its tale of "butterlegging." I love the word, but it is of its era. I couldn't think of anyplace nowadays to use it, but then thought it could be used as a more polite version of the "m-f" word: "Up against the wall, butterlegger!" 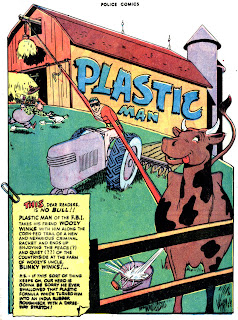 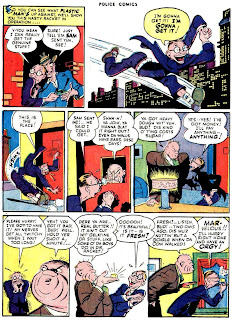 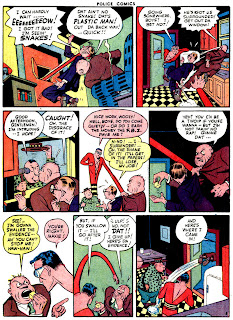 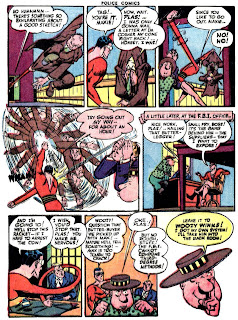 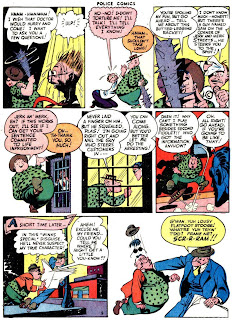 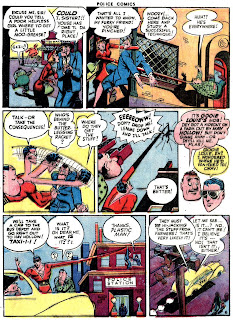 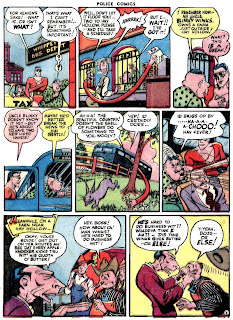 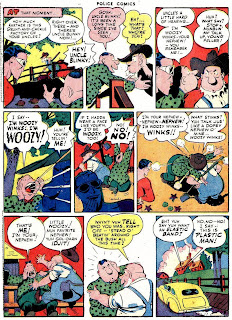 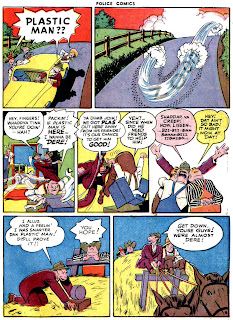 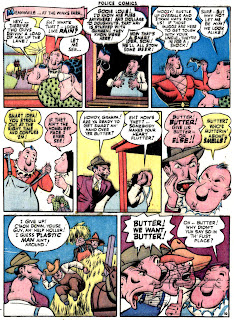 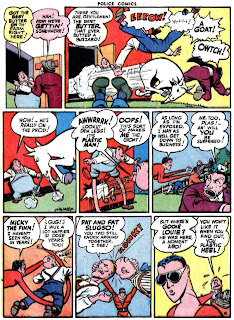 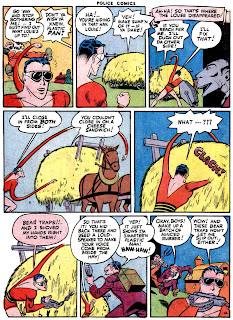 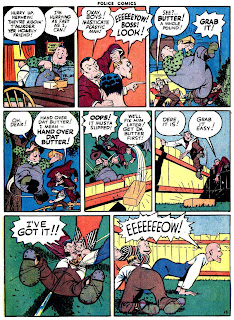 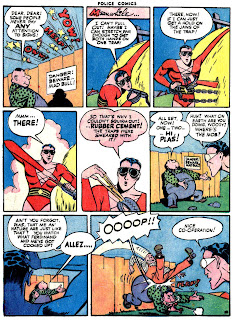 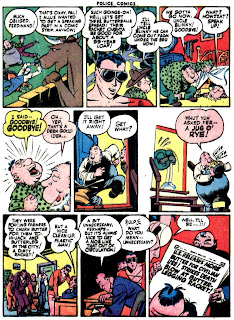 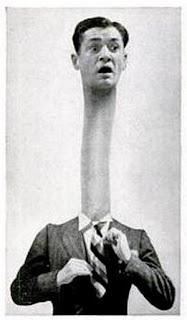 Where do ideas come from?

When Police Comics #1 came out in 1941 it contained the short origin story of Plastic Man, written and drawn by Jack Cole. Cole created Plastic Man, one of the most original of the bunch. He had what could be called a "cartoon brain," ideas full of gags and comic exaggeration.

Perhaps "butterlegger" is a play on "bootlegger"?

I agree that Cole had a hand in the pencils here.

I rather enjoy this story as an oblique commentary on state rationing and regulation of commodities.