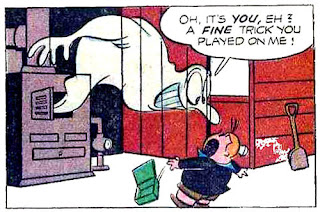 
A bit of John Stanley genius is having Tubby, and Gloria and Wilbur, reacting to a ghost with their mouths open for several panels, until they can reach the point of being able to scream. It makes for sequences of funny drawings. But that was Stanley, finding those moments, giving his stories that little twist in them that bring out the comedic genius. This story is from Tubby #8, 1954.

The ghost in "The Dispossessed Ghost" isn't explained, nor does he need to be, any more than Tubby's apparition, "The Ghost," which I showed in Pappy's #404 in 2008. Stanley's ghost stories with Tubby have an element of creepiness to them, which was caused by putting them against the everyday events of Tubby's life. It's hard to tell exactly where Stanley's macabre sense of humor came from--there is darkness in much of his work--and that may have been a result of his reputed clinical depression, or exposure to a black-humored cartoonist like Chas Addams, with whom Stanley seems to share some common ground.

The first story that Frank Young showed on his excellent Stanley Stories Blog is a Tubby ghost story, "The Guest In The Ghost Hotel" from Tubby #7. Read Young's commentary for more insight into Stanley's mind. 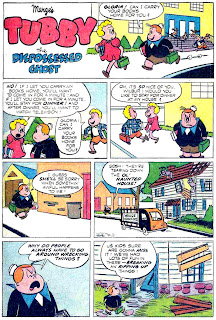 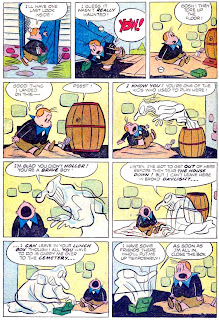 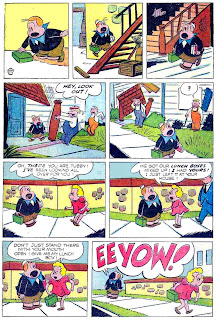 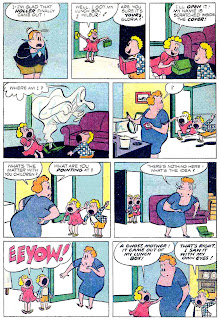 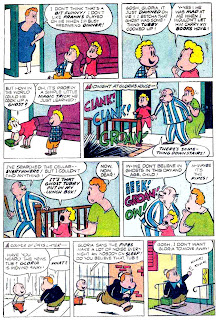 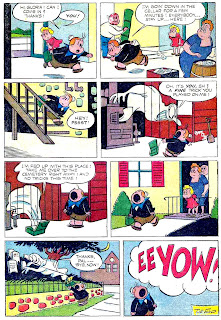 Brilliant! Amazing how Stanley could take the simplest story and make it not only funny, but even somewhat unpredictable. I used to teach a course on comics and Stanley (along with Cole) was always my go-to guy!

Hadn't seen this one before, Pap. Thanks so much.

I enjoy Stanley's Tubby stories on many levels, but also because I recognize myself in them. When I was a kid I wanted to grow up to be Batman and have a money bin like Uncle Scrooge. Who I was at the moment, though, was Tubby; not rotund as such, but the kid in the class with the overactive imagination and the unrequited love for my blonde girl classmates. When I read these stories as a youngster I didn't realize that, but with the benefit of several decades of experience, yeah, I was Tubby.