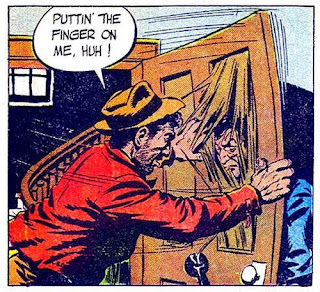 
Bill Ely was an artist who kept busy from the earliest days of comics until at least the 1960s, when he was drawing Rip Hunter, Time Master for DC. I presented some short stories from House Of Secrets by Ely last July in Pappy's #772.

"Beowolf" is from Famous Funnies' Conquest, a reprint of a 1953 one-shot comic, the reprint dated Spring 1955. Bill Ely's contribution was the unusual 7-page version of "Beowolf" (also known as Beowulf). It's been over 40 years since I was a college student and had an exposure to "Beowulf," the epic poem, but I don't remember the monster Grendel being a dinosaur. It's an interesting interpretation, anyway.

Another example of Ely's work is this 1948 "Iron Man" strip, which as you've already noticed, is not the Marvel Comics Iron Man, but an undercover policeman who beats the crap out of crooks. The story is the backup strip in Dell Comics' Dick Tracy Monthly, from 1948. I showed three more stories, including another Iron Man story by Ely, in Pappy's #695. 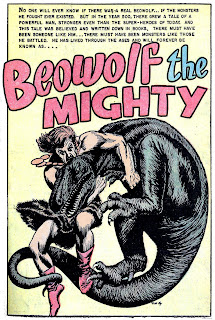 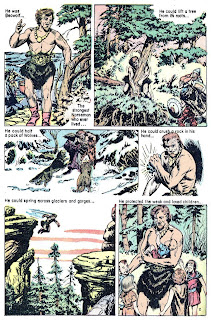 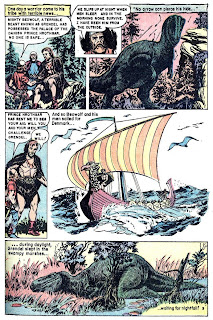 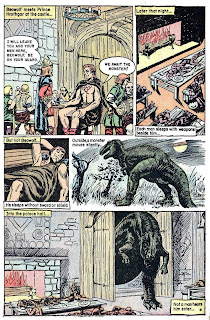 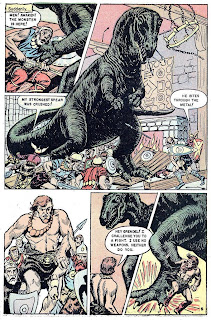 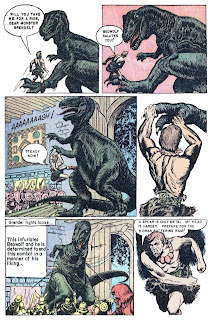 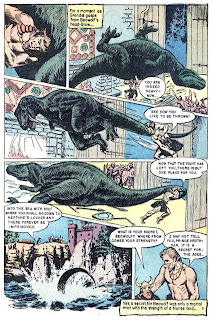 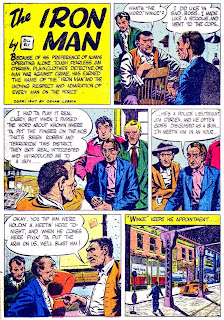 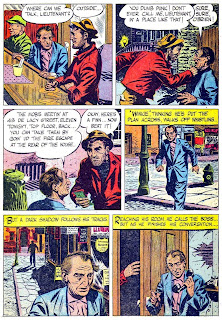 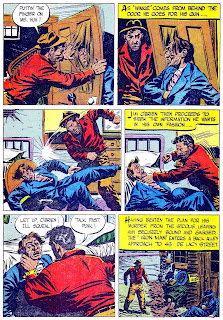 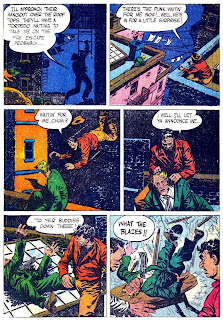 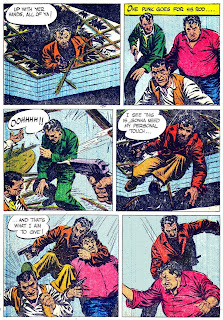 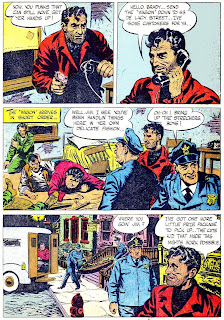