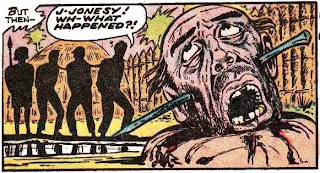 
The Thing that Haunted Dick Ayers


I don't have to explain Dick Ayers to anyone, do I? Dick Ayers, who made his debut in comic books in 1948, who has worked for just about every comic book publisher in the business, and who has drawn almost every genre?

These three strips, all published by Charlton, are from, respectively, The Thing numbers 16 and 17, and This Magazine Is Haunted #20 (a title Charlton took over from Fawcett when Fawcett stopped publishing comics in 1953), all from 1954. The Thing #16 has been erroneously called a Seduction Of the Innocent title, when in fact it didn't show up in Fredric Wertham's famous anti-comics screed. The Thing #16 was published after SOTI was released. The gory panel at the top of this post was used to illustrate an article about the formation of the Comics Code in the November 8, 1954, issue of Time, and that may have led to some confusion with SOTI.

Ayers' horror comics work was excellent. In this pre-Code era Ayers usually worked with Ernie Bache as his assistant, and all three of these stories feature Ayers' own distinctive lettering. I have shown "Nothing He Couldn't Do" before, but as with other strips I've re-presented recently, these are new scans. 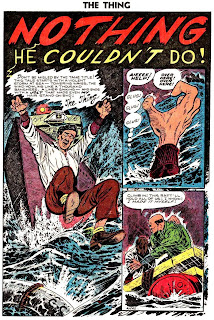 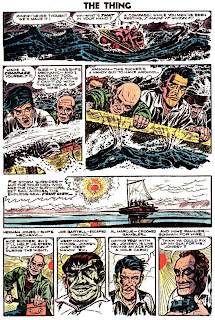 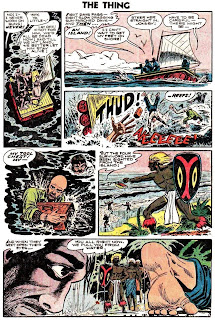 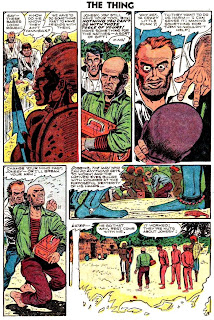 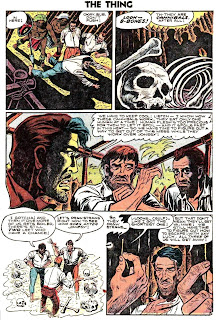 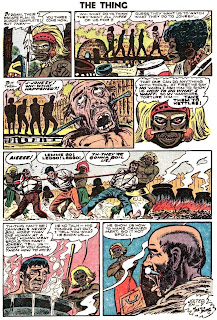 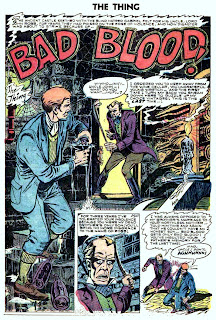 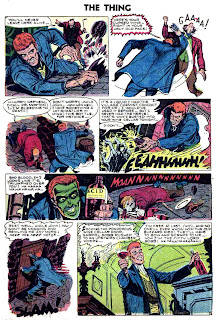 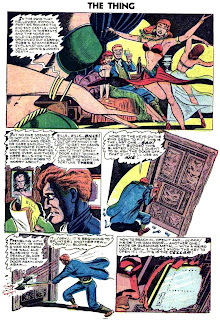 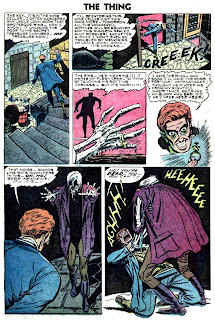 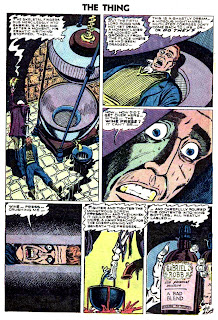 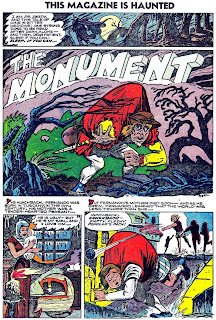 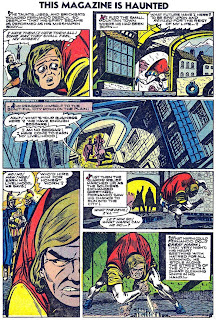 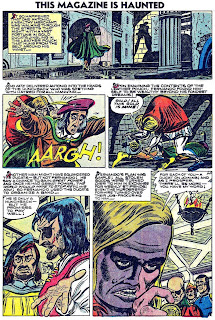 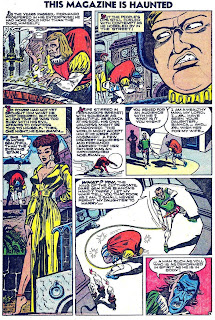 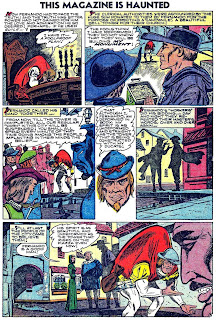 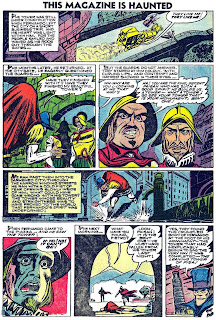 Email ThisBlogThis!Share to TwitterShare to FacebookShare to Pinterest
Labels: Charlton Comics, Dick Ayers, The Thing, This Magazine Is Haunted

Pappy: "I don't have to explain Dick Ayers to anyone, do I?"

I know the name in relation to the comic industry incredibly well, which is odd, because names can be an intermittent Achilles' heel of mine, and as I pan down to make this comment my intensely visual memory is recognising various stylistic features, but until now the name and the artist were unacquainted with each other in my mind.

(I keep seeing flashes of letters pages in the back of what look like Marvel comics seemingly referencing him).

Oh, well, consider me, as ever, a tyro in need of your education, Pappy.

Like the new robot banner, including the way you've stretched it, giving it a sort of 'filmed in Panavision' type 'Hollywood Spectacular' feel.

But boy, don't you look distinguished without your laser beam eye - very professorial!

If you did movie extra type stuff, I'm sure you'd get a load of work.

No need to feel chastened, Borky. I'm always glad when I can point out an artist to someone who may not be familiar with his work.

Dick Ayers is well known for his inking of Jack Kirby for several memorable years in the late '50s and early '60s; his work on the original Ghost Rider, and a revival in the late '60s (not the skullhead motorcycle-riding Ghost Rider, but the Western hero G.R.); and for his thousands of pages of work from the late 1940s on until at least the '70s, when his distinctive work appeared in Eerie Publications.

You can type in the name Dick Ayers in the search engine box in the upper left corner, and several stories will tumble out at you.

You can also wait a month when I will have three more Dick Ayers stories from the late 1950s.

I appreciate your comment on the new banner. It was originally the cover of Brick Bradford #6, from 1948.

Your observation of my "professorial" appearance reminded me that yesterday afternoon I paid a social call on one of the educational institutions in which I spent the last three and one-half decades. My footsteps echoed down the empty halls, and my eyes brimmed with tears at the memories of those little bastards...errrr...I mean students I used to stumble over...errrr...I mean encounter in the halls, their tiny heads stuffed with thoughts of f**king off--errrr...a sincere desire for knowledge.

My thought as I exited the building was, "Jeezus, I'm glad I'm retired!"

Thanks for posting these Pappy, it's always good to see some creepy Charltons!