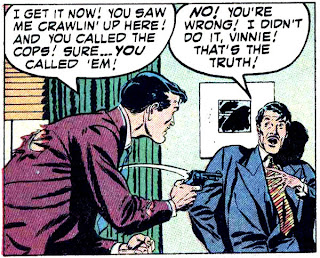 
When John Buscema died at age 75 in 2002 he left behind thousands of pages of superhero and fantasy-barbarian artwork for his fans to collect and admire. But like most comic book artists who started in the late 1940s, as he did, the bread-and-butter comic book work was in the genre fields: crime, romance, western, etc. Buscema, who had studied famous illustrators, as well as his comic art gods like Raymond, Foster and Caniff, was a superior artist at depicting "civilian" subjects (non-costumed characters, non-fantasy characters, that is). Looking at these two strips from Orbit Publications' Wanted Comics, you can see all of the things that made Buscema's art great, but in the milieu of the dark, dangerous and dirty world of criminals. 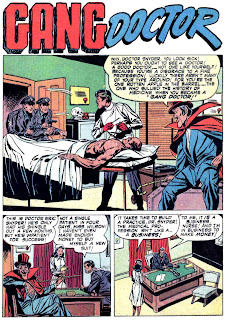 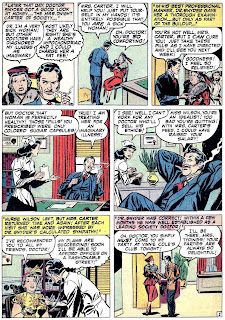 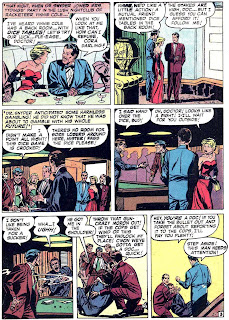 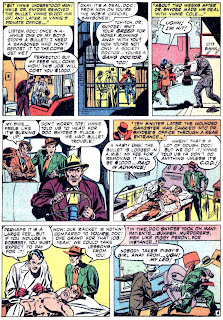 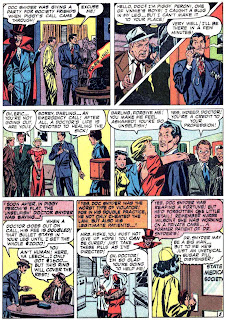 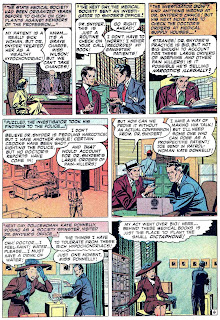 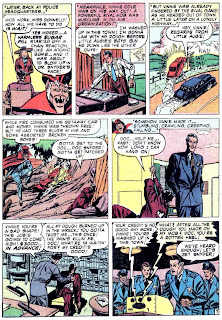 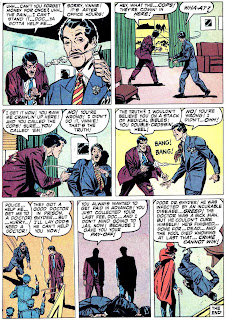 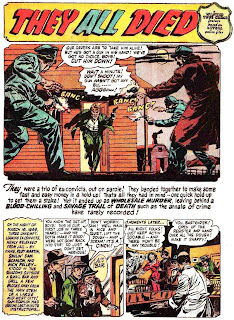 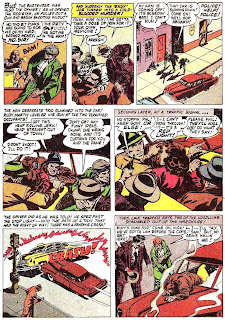 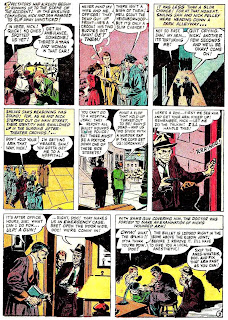 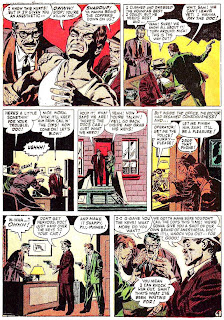 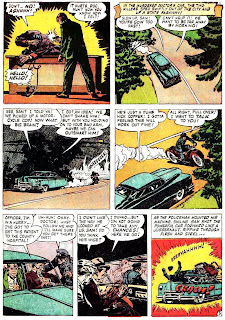 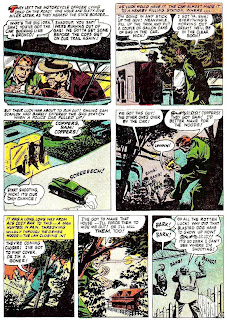 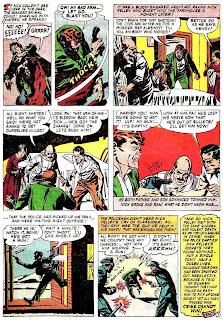 What a treat to see J. Buscema's early work!

As a boy, I had a steady comic diet of Avengers reprints. Most featuring Buscema's artwork. The Pym wedding was one of my earliest comic book memories.

Thanks Pappy! Love the blog.

By the way, for Monday, the Groove Agent has posted a Thor/Asgard origin story with J. Buscema art on Diversions of a Groovy Kind. Double treat!

Ah, Big John! The best. Nobody loved drawing the folds in a man's blazer sleeve, or the nose of a criminal, or the drape of a woman's skirt over her curves more than the amazing John Buscema. Look at this stuff! What was he, 23? 24? And it's obvious he already knows exactly what he's doing -- not only as an artist, but as a storyteller. He musta been born with a pencil in one hand and a brush in the other. And, by the way, the sweetest, most generous and funny guy in the business.

Pappy, you've posted a great run of subject matter recently and it all adds up to some "fun" reading.

I can't pick a favorite between the Buscema crime strips, the spiffy golden age Flash material or the romance comics. Aw, who am I kidding? I like it all!

Guys, thanks for the comments. I enjoy digging this stuff out of the mildewed stacks and presenting it.

John Buscema was a favorite of mine. I've shown some Dell and ACG works of his from the 1950s. It's all very distinctive and instantly recognizable.