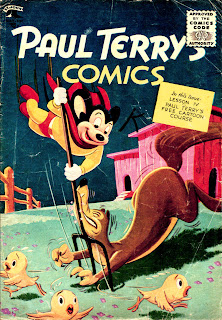 
Jim Tyer did these stories, didn't he? I've had trouble in the past identifying Tyer, who has been represented in this blog a few times. Fans of his work in animation and comics have been kind to remind me that I haven't given him credit, so I hope I'm right this time.

David Miller did the scans from Paul Terry's Comics #125. Thanks, Dave.

Besides Mighty Mouse, Dave provided the hilarious Heckle and Jeckle episode from the same issue. The over-polite talking magpies appear to be inspired by the early 20th Century comic strip, Alphonse and Gaston, by Frederick Burr Opper. 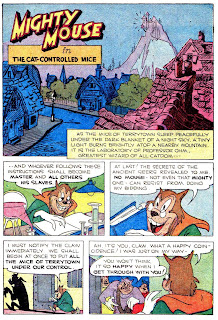 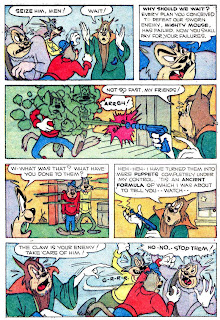 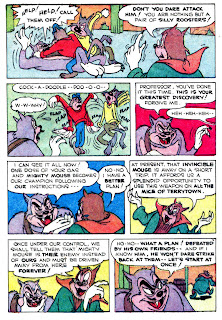 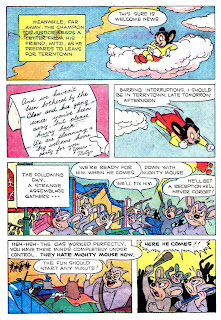 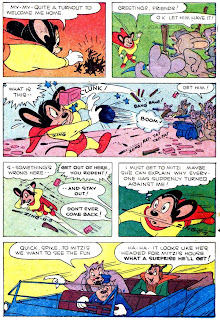 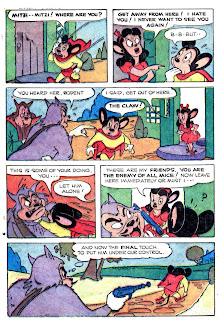 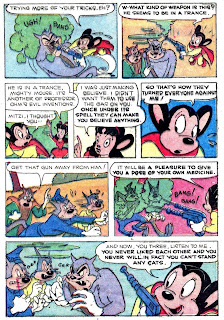 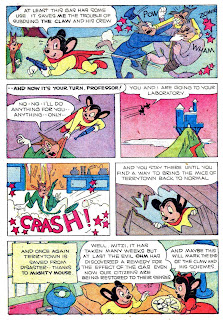 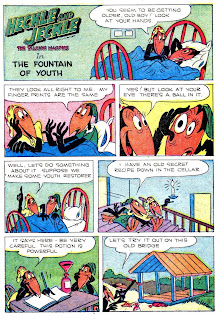 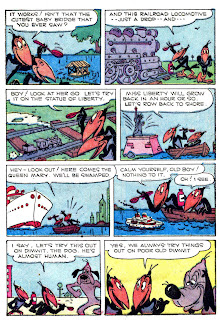 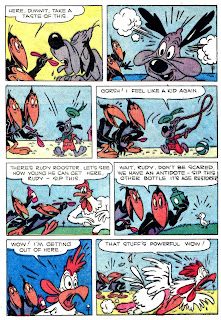 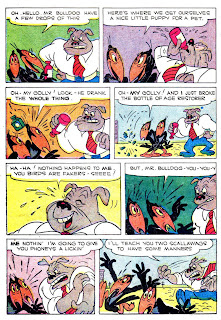 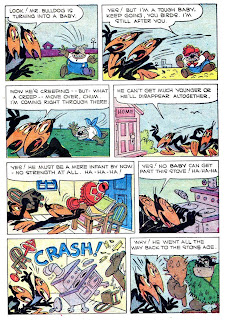 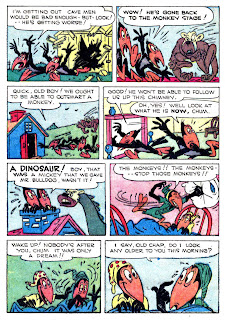 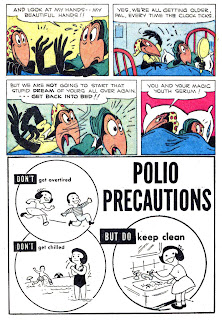 There was a Mighty Mouse Saturday morning animated cartoon from our friends Ralph Bakshi and John K. (see his blog here). With all due respect to Andy Kaufman's pantomime of the Mighty Mouse theme song, I thought the a capella version of that theme song from that show was the best, so I've included the YouTube clip of the one minute opening. 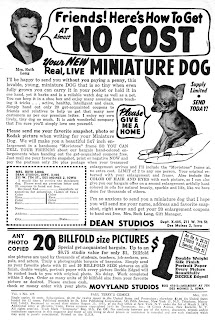 I've always been fascinated by this "miniature dog" ad that ran in comics for a time, and which appeared in this issue of Paul Terry's Comics.

Did anyone ever receive one of these dogs? How did they ship the dogs so they arrived alive at their destination? After doing some research on the company I found that in 1960 they were issued a cease and desist order by the Federal Trade Commission for false advertising.
Posted by Pappy at 12:06 AM

Tyer did the Heckle and Jeckle story--but not the Mighty Mouse!

With regards to Tyer - I'd say no on the Mighty Mouse story and Yes on the H&K.

My eye fails me on this artwork, so thanks to Mykal and Frank for pointing this out.