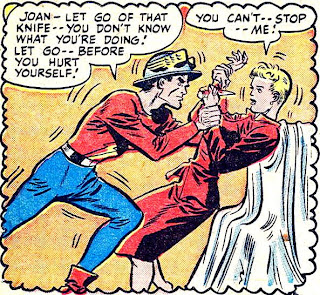 For those of you who came in late to this blog, I've told of my box of tear sheets several times. Over 30 years ago a customer of the bookstore where I worked gave me a box of pages he'd cut from old comic books. He bought comics in the late 1940s, almost all DC, and saved only stories by artists he liked. Carmine Infantino, Joe Kubert, Lee Elias, artists working in the DC house style of the day. I had hundreds of loose pages and I reassembled the stories. As you can see, some of the pages are brittle and damaged.

Both stories were drawn by Carmine Infantino and Frank Giacoia, and written by Robert Kanigher. 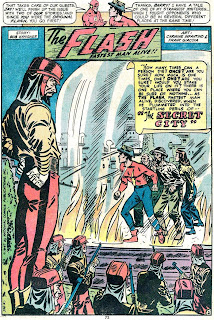 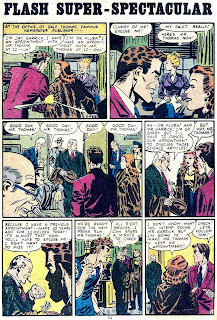 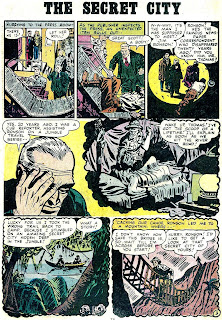 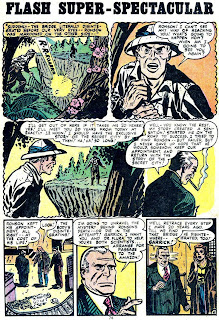 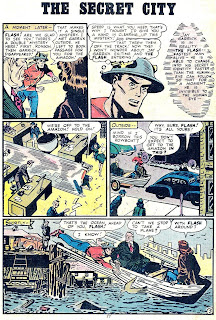 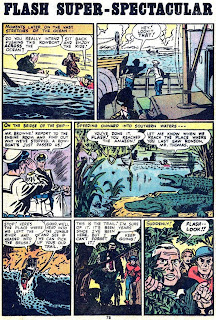 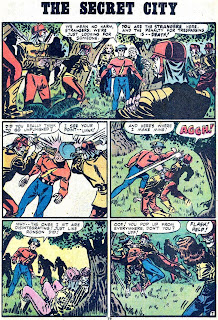 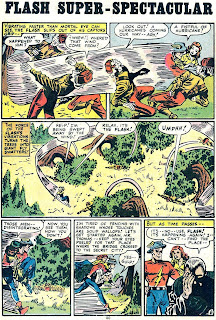 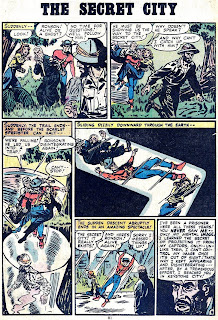 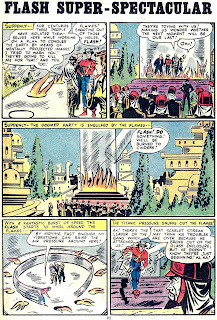 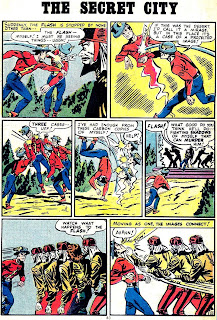 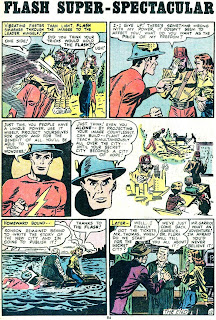 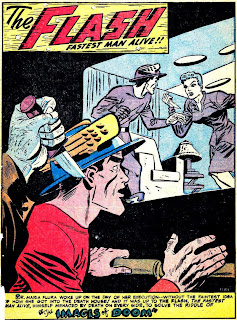 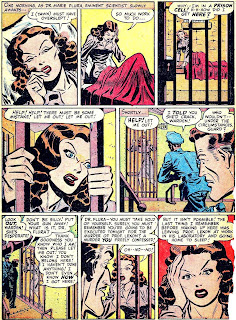 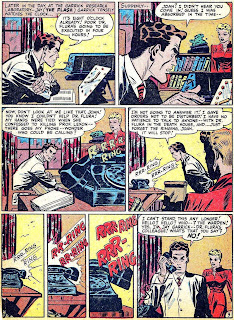 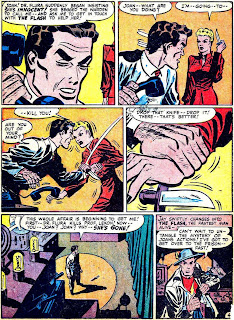 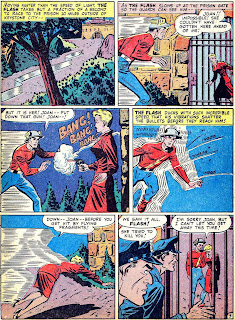 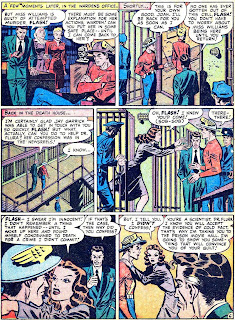 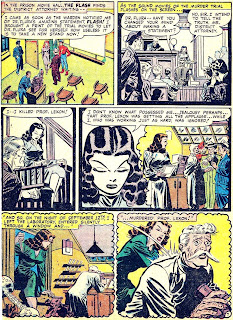 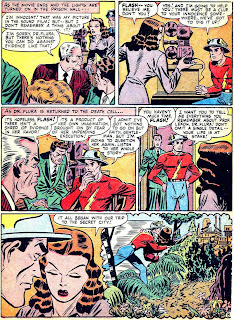 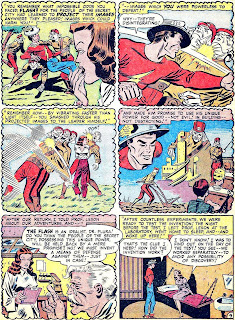 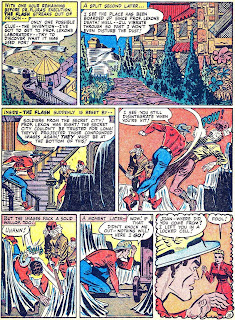 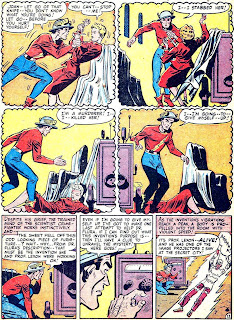 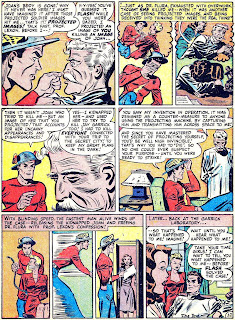 The artwork of Carmine Infantino and Frank Giacoia reminds me a great deal of Daniel Torres' style on Rocco Vargas.

Thanks for posting these stories.

Facinating. I never realized Infantino's style had been so apparent so early on. I can look at other great artists that early in their careers and their art is far less recognisable. My favourite Infantino art is his western stuff from the 50's at DC. Not quite as raw as this yet not as stylised as his later work.

Peter B., Carmine was working in the DC house style of the day, but I see more of his style in work for other publishers, like when he drew Airboy.

I love this style of Infantino's. The Flash stories of teh 1940's awlays stand out because of it!

Did Infantino also draw the Siver Age Flash talking to the Golden Age Flash at the very top of the first title page?

Kirk, that looks like a paste-up of two figures taken from photostats. I don't know if it was drawn by Infantino.