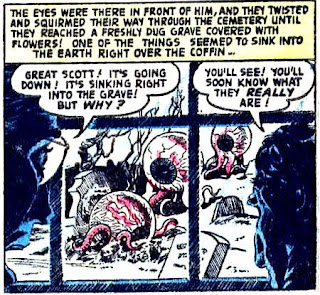 
The Eyes of Greed!


Howard Peter "Pete" Tumlinson was an illustrator who drew for Timely/Marvel/Atlas during the '40s and '50s, working in a variety of genres, but is known for his stint on Kid Colt. When he left comics in the mid-'50s he went into illustration. Earlier, before the war, he was a student at Texas A&M, where he created a character called Old Sarge for the campus humor magazine, The Battalion. You can read an article about it here.

Tumlinson is an artist I haven't really heard much about, one of those journeymen comic book artists who worked in the field for a time and then left. I think what Tumlinson left behind was pretty good. I've got two horror stories by him, which show that besides drawing cowboys and horses he could also draw the weird stuff Atlas was known for.

"The Eyes" has some real atmosphere to it, although the ending seems more like a shaggy dog story. It comes from Astonishing #30 in 1954; "Greed" is from Astonishing Tales #36, and is included because I was struck by how much the aliens in this mid-'50s story look like Kodos and Kang, from the annual The Simpsons Treehouse of Horror episodes. I scanned "Greed" from the early '70s reprint in Weird Wonder Tales #5. 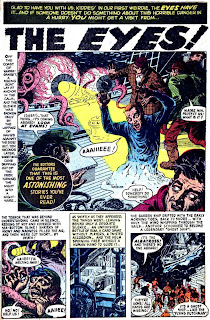 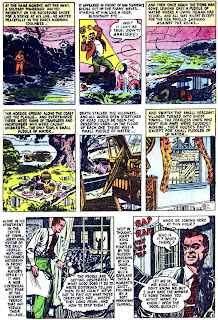 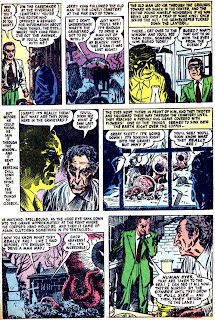 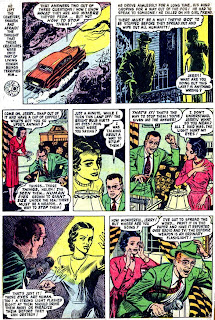 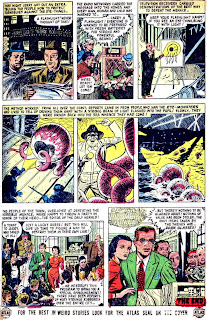 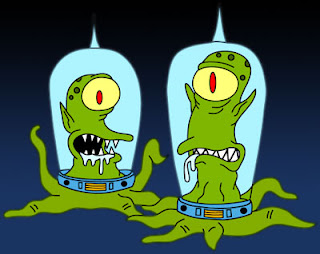 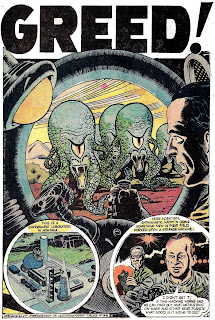 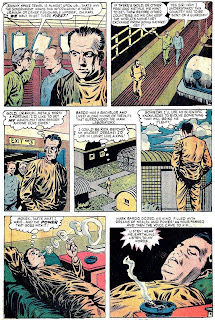 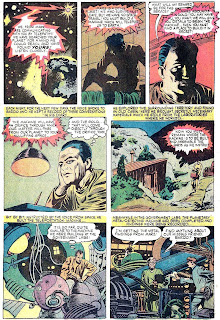 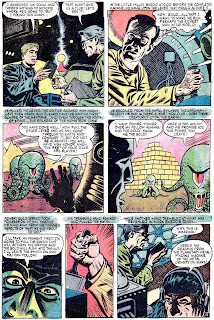 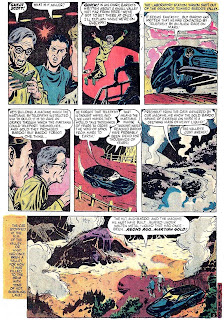 Well, you know more about Tumlinson than I do. Thanks for the info on him. Beautiful stuff, and I wonder if he wrote these as well. Clearly not by Stan. Gotta love that ending to "The Eyes."

Wow! " .... like light waves they would take thousands of years to cross the void of space from Mars to Earth." Gotta love comic book science! (And I guarantee their mailbag was bulging the next week, no alert young comic book readers would let that one by!)

Great stories, Pappy, and I love the atmospheric artwork on the first.

The second one's one of those stories which have a barely noticeable esoteric inner content like a Sufi parable out of A Thousand and One Nights, or a tale of the Ba'al Shem, which force us to question our assumptions, (the classic being the similar Marvel story where the betrayer negotiates with the aliens for the most beautiful female in the Universe only to discover to the aliens of course consider their own females the epitome of beauty!).

I suspect the denouement of the first story doesn't come into that sort of category, though - or at least I can't see any hidden wisdom underlying the idea of giant eyeballs trying to squeeze into human sized dark glasses, unless they're giant sized novelty ones!

That doesn't obviate the terrific nightmare-like feel it has, though, especially the almost Ditkoesque Sandman style melting man in the very first panel.

Tumlinson arrived in New York on Friday, September 17, 1947, after a four day, cross-country drive from his native Texas. His first job was as an assistant to Ray Bailey, possibly positioning him to assist on "Bruce Gentry". He became a staff artist for Timely in early 1948 and penciled for almost two years before leaving when the staff was let go. He worked in all genres including penciling heroes like Captain America and Blonde Phantom, often inked by Fred Eng, as well as several romance stories, often inked by George Klein. His Exceptional Kid Colt was done freelance after the staff was dissolved.

Doc, thanks for the information on Pete Tumlinson.

I appreciate the work you've done to bring artists like Tumlinson the credit they deserve. I love your blog, Timely-Atlas Comics, and want to direct any interested readers your way to see for themselves.

Riddle me this one... if the Martians were thousands of years dead, just how did Mister Stupid Villain manage to strike a deal with them?