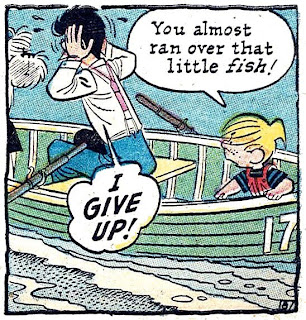 
Big Pappy and the rowboat fender-bender


Sometime in the mid 1950s my father, Big Pappy, took us for a week's vacation at a lake. One morning after we'd fished from a bridge, Big Pappy took us for a rowboat ride. He wasn't paying enough attention and bumped into another rowboat, which caused quite a loud discussion between him and the other rowboat pilot. I hadn't thought of that in years, but that's what I was reminded of when I read "City Park" by the team of writer Fred Toole and artist Al Wiseman in Dennis The Menace #18, 1956. I bought it in California last October and it gave me a flash from the real-life past. Art imitating life.

Speaking of art, Dennis creator Hank Ketcham drew the cover, which ties in with the story.

We've had some other stories by the Toole-Wiseman artistic team, and you can find them by clicking on "Al Wiseman" in the labels below. For this post I've included a non-Dennis story by the team, "Screamy Mimi." 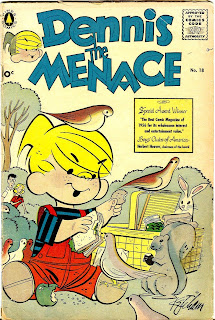 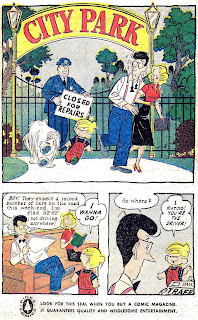 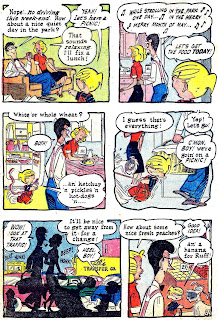 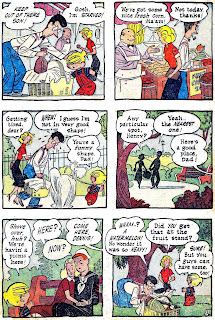 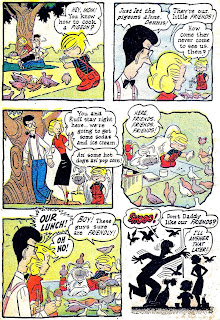 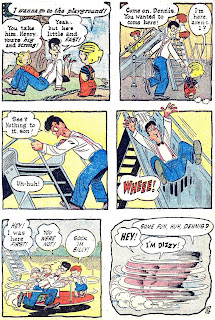 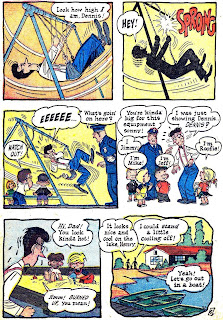 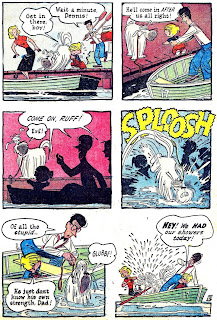 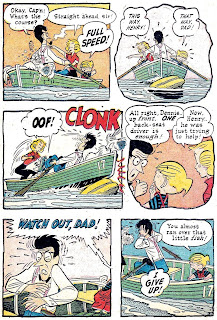 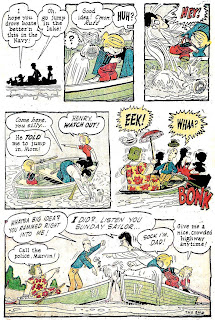 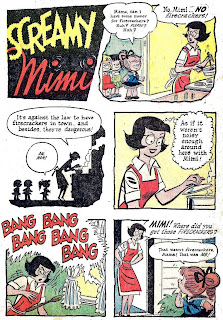 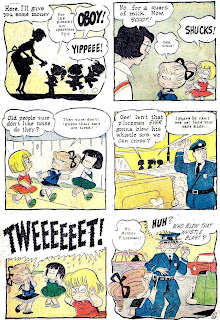 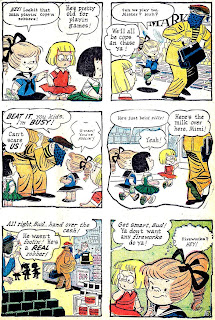 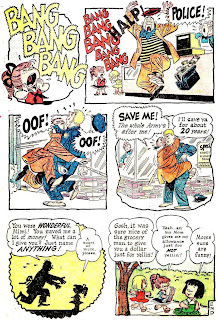 Sweet. Thanks for the Wiseman, Pap!

thanks, Pappy! Al Wiseman's Dennis is a great way to start off the day! (unless you're Henry Mitchell, that is)

I (HEART) WISEMAN! I'll be showing more of his work in the future.

Thanks for the thumbs-up, guys.

I met Marcus Hamilton, the current Dennis artist, at Heroes Con in 1996, not long after he took over from Ketcham. He shared my admiration for Wiseman's work. I particualrly like Wiseman's layouts and his lettering.