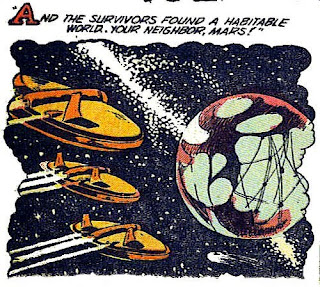 
When Dick Giordano died at age 77 on May 27, 2010, he left behind a legacy of comics work that stretched back to the early 1950s. Giordano had been a well-respected artist, inker and editor at both Charlton and DC over six decades, but at one time he was a 20-year-old artist working on various genres at Charlton. I have three science fiction stories drawn by him from Space Adventures #4, 5, and 6, all from 1953.

Charlton, always a notoriously low-paying publisher, at the time was using a lot of artists who didn't have quite the professional flair of artists for the larger comics houses. Giordano's work, compared to his later, slicker work, is bit rough around the edges, but has a lot of energy to it. It's obvious he enjoyed what he was doing. 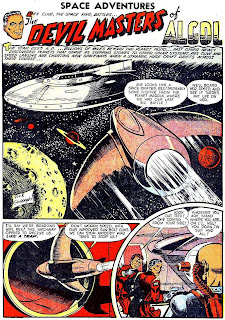 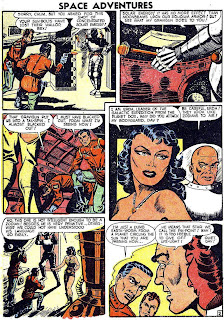 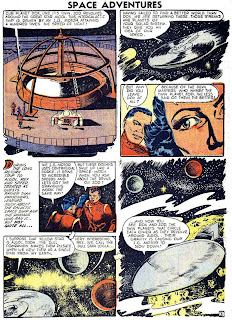 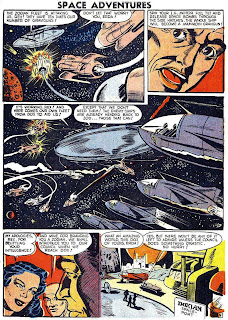 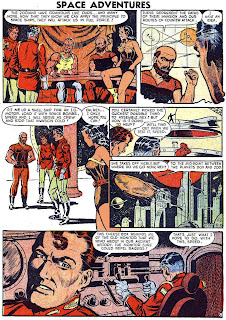 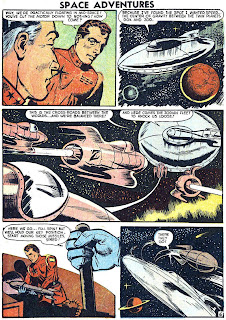 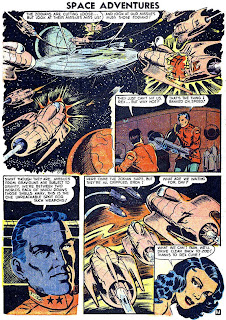 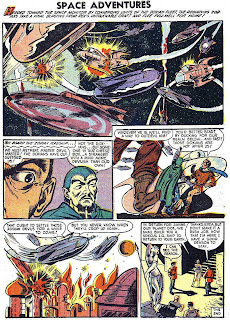 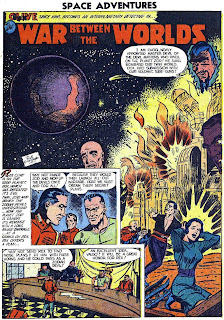 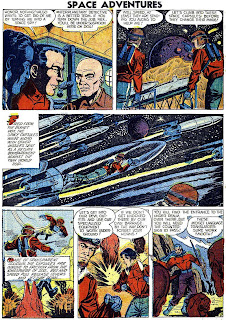 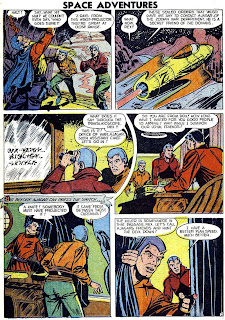 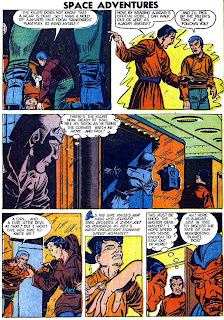 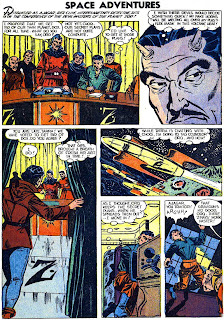 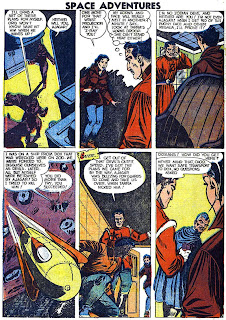 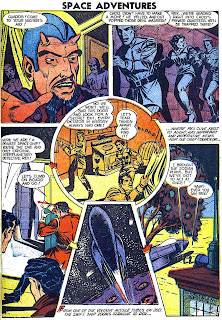 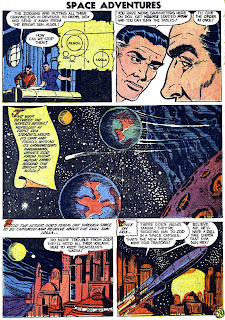 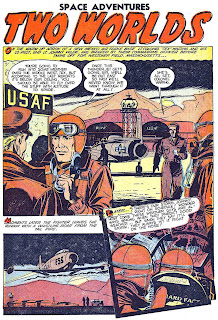 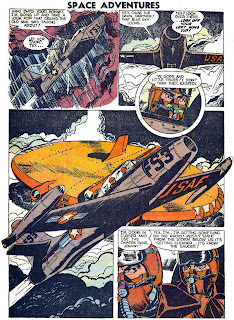 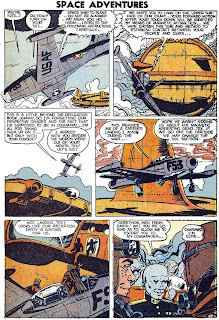 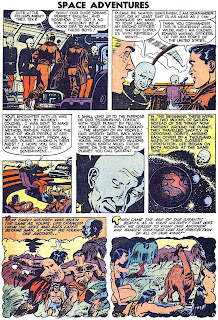 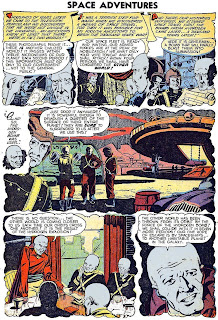 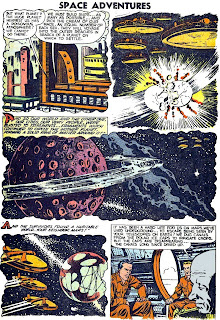 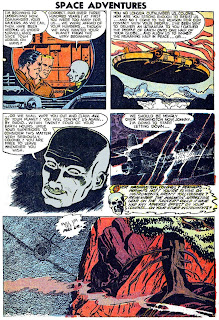 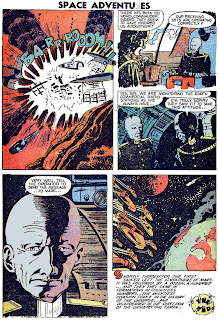 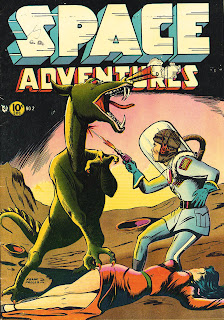 I've found one more example of what I call the Jeepers girl, a corpse, swiped by different artists and found in various places about the history of Golden Age comics. For more Jeepers girls go to Pappy's #727 and Pappy's #788, which links to another blogger who has found over one dozen examples of the Jeepers girl on magazines and paperback books.
Posted by Pappy at 12:19 AM

Jeepers, Pappy, who'd've thought Reed Richards'd led another life as Rex Clive, Space King, (or that Rex himself had a secret identical twin transvestite brother who liked to masquerade as Erda, leader of the Galactic Expedition from Planet Dox)!

It's amazing how some artists can depict 'pretend' women capable of reducing grown men, (never mind adolescents), to drooling dogs, while others, good on drawing everything else, struggle to come up with something even resembling the same species.

I like the idea of Rex and Speed's borrowed 'midget language translators', but surely the Zodians aren't midgets!

So, Bork...does this mean you don't like Giordano's women? I think he did a pretty good job, especially since Erda looks a lot like me mum did in 1954 when this story was published. That's too weird a thought to entertain for long, so I will shake it off and say that Dick G. drew great vintage '50s rocket ships and flying saucers, and he had the "flashlight shadows on the face" look perfected by Wallace Wood down pretty well.

You don't do it as long and hard as Giordano without liking what you do. The biggest thing I have to admire about all those work-a-day cartoonists of old, is that they got to do what they loved.