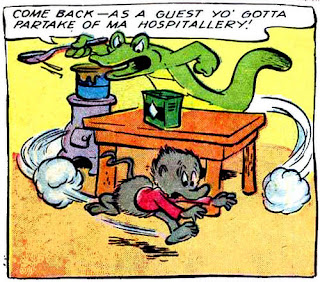 
Two characters on a rainy day, in one act


I try not to be overly hyperbolic in my praise, but dadgum it, damn the hyperbole, full speed ahead: this Walt Kelly story is perfect. He took two characters, put them inside on a rainy day making fudge (with coal, of all things), and made a story of it. That was Kelly, though. A true comic art genius. I can even imagine it being played on stage with actors.

But back to the play-on-paper, the Off Broadway comic book version: the story is early enough in the Pogo-Albert the Alligator partnership that Albert got top billing. The comic book Pogo of this era doesn't have the rounder, more commercially cute look of the bobbed-nose mature Pogo of the comic strip. In any case, Albert is always just Albert. While he got slicker as Kelly's artwork grew more refined, even in his early appearances he is instantly recognizable. 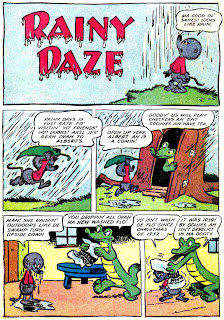 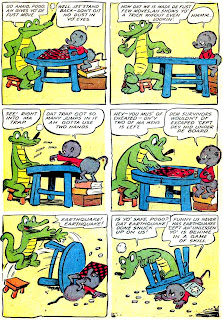 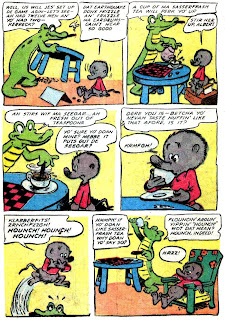 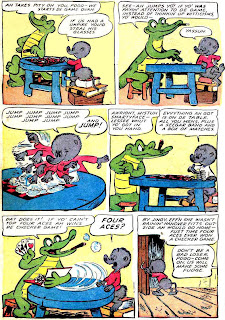 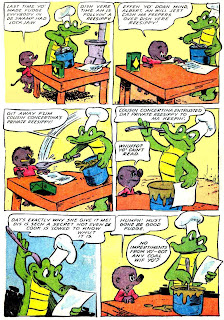 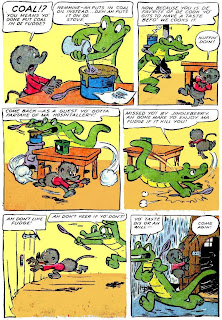 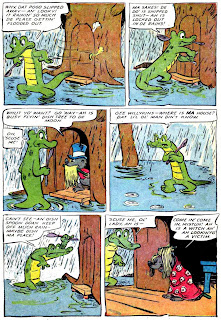 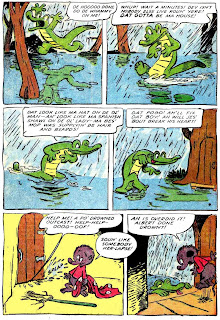 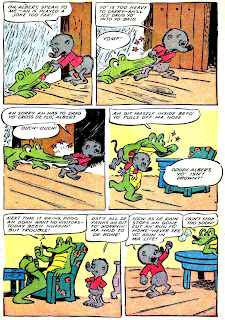 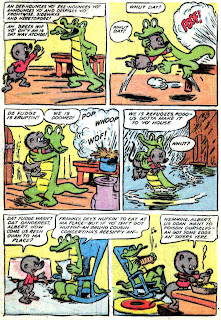 Love how Pogo and Albert go from friends to enemies back to friends again. A symbiotic relationship if there ever was one.

Yup, just as you note, this story nails it.

My own favorite part is Pogo declaring “Last time yo' made fudge evvybody in de swamp had lock jaw”.

It's always a treat to read some Kelly. Thanks Pappy!