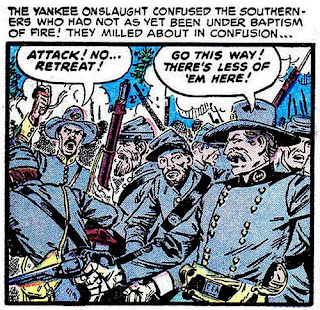 
In 1954 artist John Severin was producing Two-Fisted Tales for Harvey Kurtzman at EC Comics. Kurtzman had gotten too busy with Mad; his Korean War comic, Frontline Combat, was canceled after the armistice in 1953, and Two-Fisted, under Severin, turned into an adventure comic with a variety of continuing characters.

But while he was producing Two-Fisted Severin also did some stories in the Kurtzman style for rival publisher, Atlas Comics. Here are two: "Chosan" from Battle #29, 1954, and "Stonewall" from Battleground #4 (dated March, 1955, and the last pre-Code issue). Atlas did a lot of war comics; I've seen quite a few stories done in the Kurtzman/EC style, but these are the only EC-like stories I've seen by Severin during that period. If there are others I'm sure someone will tell me. 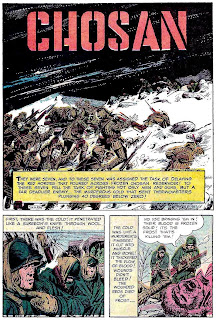 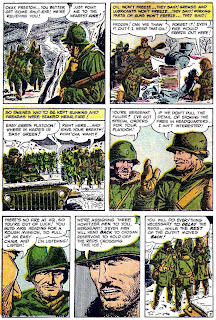 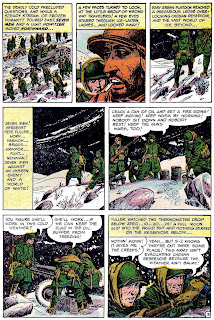 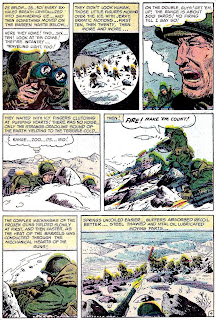 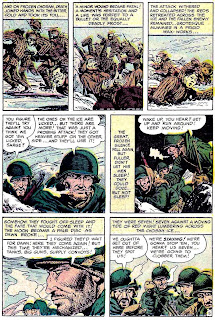 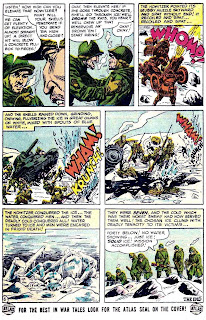 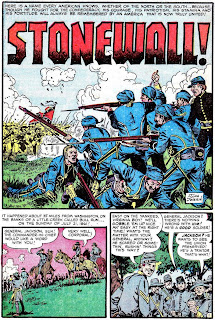 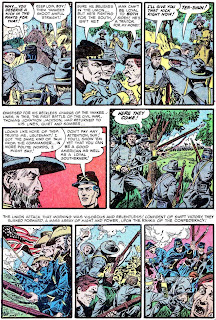 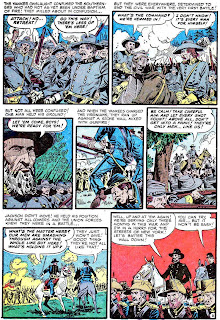 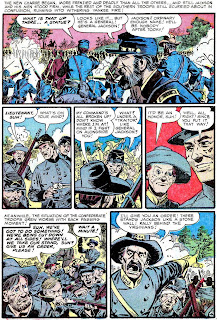 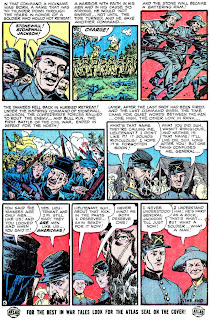