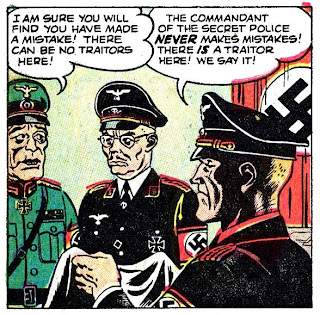 
It's a testament to how good an artist Russ Heath is that as many horror comics as I've read in 50 years, the splash panel for "The Torture Master" still made my stomach churn. Of course, anything about Nazi death camps or medical experiments is bound have a visceral effect.

Using Himmler gives the story even more verisimilitude. There's one kind of horror when you have vampires and werewolves, the usual horror comics fare, but Himmler and the Nazis were real. If Dracula really existed the Nazis would have scared even him. 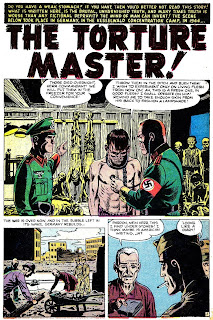 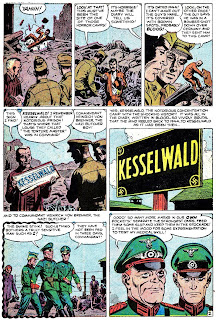 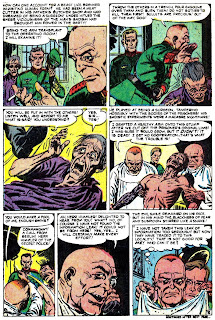 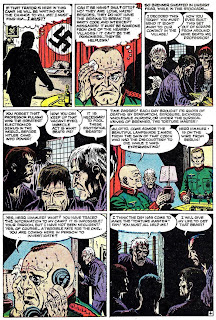 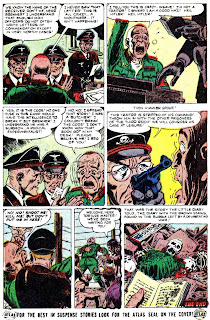 This was a great story to read on a chilly morning...brought the horror home.

And everyone loves a horror story with a happy ending.

Nazis creep me out.

Me too, that's why I like to see them get their cummupance. Especially when it comes from the hands of their victims.

Glad you posted this one Pappy, had someone asking me about it but never found this issue... it sure is a terrific "warror" tale!