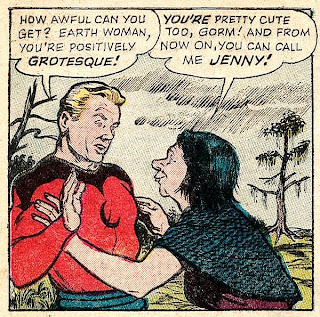 
Did you buy your sweetie a big box of chocolates, take her to a movie, dinner, dancing? Well, I did none of those things, but I want to share some love and romance with you, my beloved readers. Here's my big old heart for you! 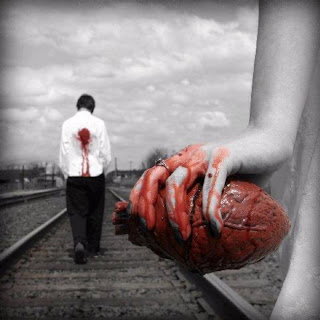 And since there are no love comics to speak of in the magnificent Pappy library, I'm giving you some non-traditional love stories. You didn't think I was going soft, did you?

"A Bridegroom For Jenny" is from Adventures Into The Unknown #107, April 1959, written by Richard E. Hughes under a pen-name, drawn by John Rosenberger (uncredited) and attributed to the apparent inker, Jon Diehl.

"The Honeymooners" aren't Ralph and Alice Kramden. The story is drawn by Tony Mortellaro, and originally appeared in Atlas Comics' Mystic #21 (not #12, as some dyslexic lettered on the splash panel). I scanned it from its Marvel Comics reprint appearance in Vault Of Evil #16, December 1974. 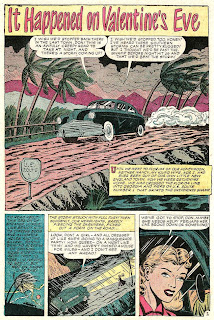 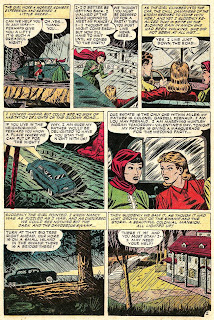 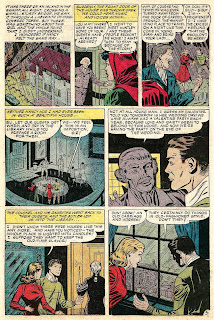 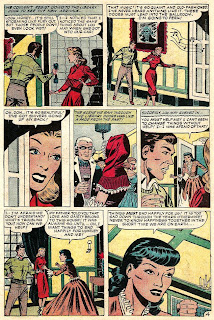 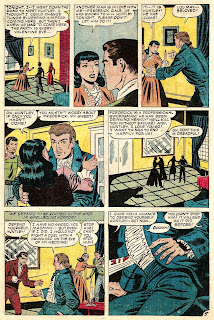 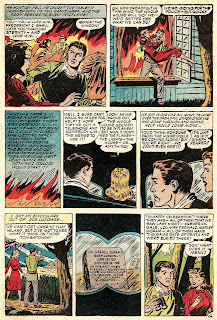 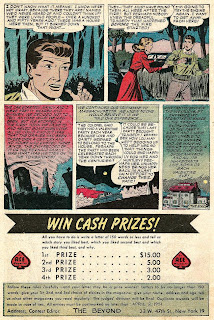 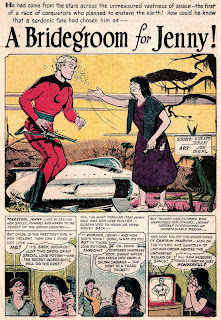 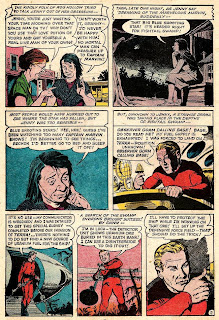 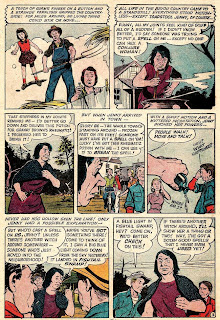 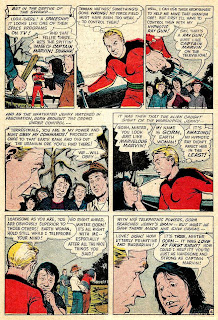 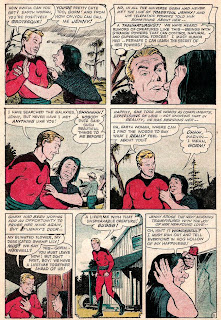 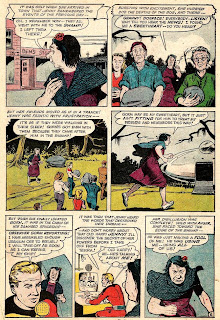 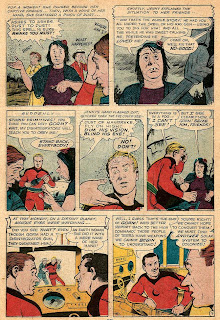 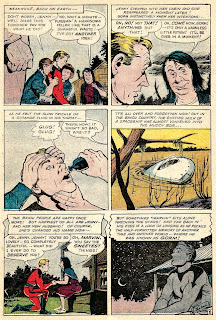 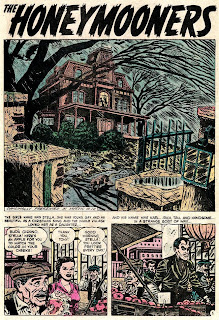 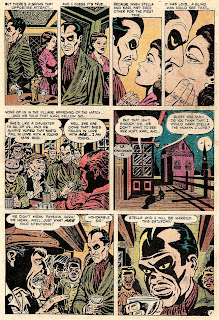 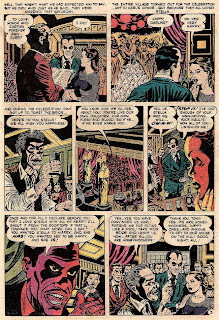 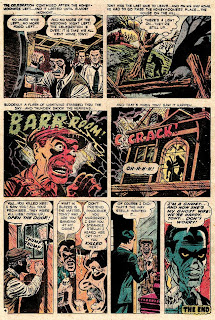 The "flower" of Hog Hollow casting her spell over poor Gorm reminded me of a time in my wayward youth when I was cast in a "Lil Abner-style" play opposite a similar such "beauty".

Ultimately, I chose to drop out in favor of my understudy, rather than "emote" alongside someone rather less than appealing. I guess that I just couldn't "act the part" (but, my understudy was truly excellent in the role, variously funny & creatively adlib - winning over the audience from the opening scene).

He deserved a "Tony Award" for the performance. I've never forgotten how good he was, even Jim Carrey had nothing on this guy.