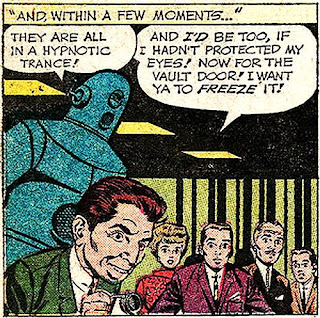 
Like coffee? I love coffee, but after my recent surgery didn't have any for a week. I'm feeling well enough to be sitting here now with a cup of joe and two stories by Joe Sinnott.

I'm a fan of Joe Sinnott, and you can either click on his name in the links beneath this posting or enter his name in the search engine above to see the rest of the Joe Sinnott stories I've posted. I like Sinnott because he was like several others of my favorite Golden Age artists: He could draw anything. That he is best known now for his inking over Jack Kirby is OK, but as much as I liked that work I really liked his solid solo drawing style.

(SPOILER ALERT. Here's where I tell you what's wrong with the endings.)

The stories, though...eh. They both have fatal flaws in their plots. I don't expect other writers to observe Isaac Asimov's Three Laws of Robotics, but to use half of the first law and ignore the second half is more designed for a snap ending than logic."A robot may not injure a human being or, through inaction, allow a human being to come to harm." In the shark story, it seems the criminals who fed jewels in smaller fish to the shark may have forgotten that like all critters, human and otherwise, sharks gotta excrete, so they were taking a big chance that by the time they got the shark their jewels weren't shark scat all over the bottom of the ocean. 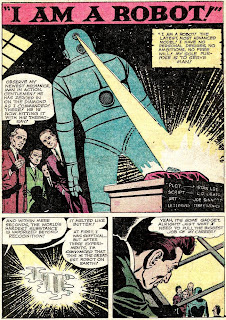 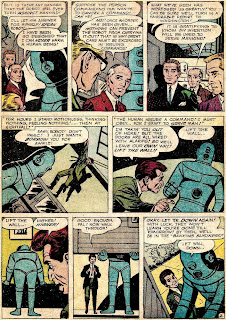 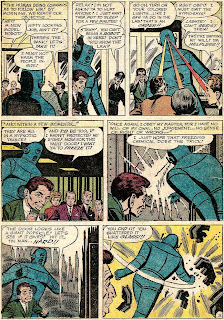 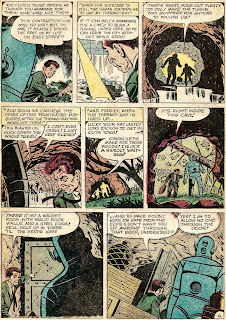 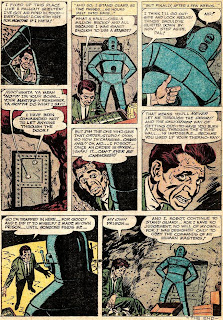 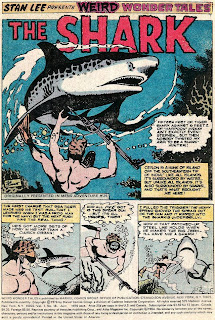 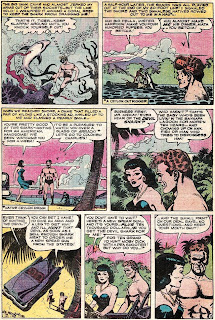 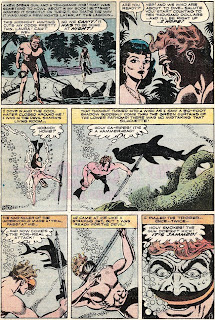 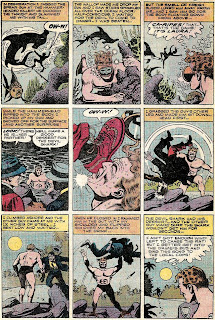 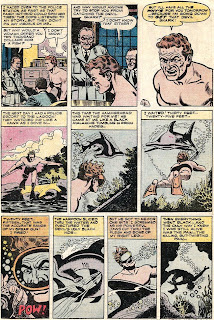 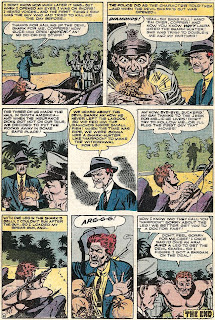 Welcome back, Pappy! It sounds like you're feeling better ^_^

Love the tough-guy talk in the second story, plot holes or no. And the AC/DC reference cracked me up. Okay, just kidding. Sinnott is one of my very faves, so thanks for these.

Thanks, guys. Like all post-surgery patients I'm impatient (har har) to get better. I'll be laid up a while longer but hopefully back up to full speed in a couple of weeks.