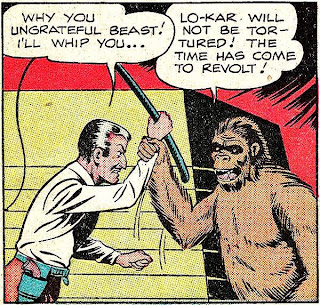 
The often told story is that someone at DC Comics noticed that they sold more copies every time a cover of theirs featured a gorilla.

I think this is a subject for psychologists to figure out, but apparently a lot of comic book readers are hot for gorillas.* Well, gorilla-lovers, try to control yourselves because I have a talking gorilla story for you. It's from Fawcett's Whiz Comics #103, 1949.

The artwork is uncredited, but looks like a very young Kurt Schaffenberger did it, or at least had a hand in it. Lo-Kar the gorilla knows, but at least for now he ain't talkin'... 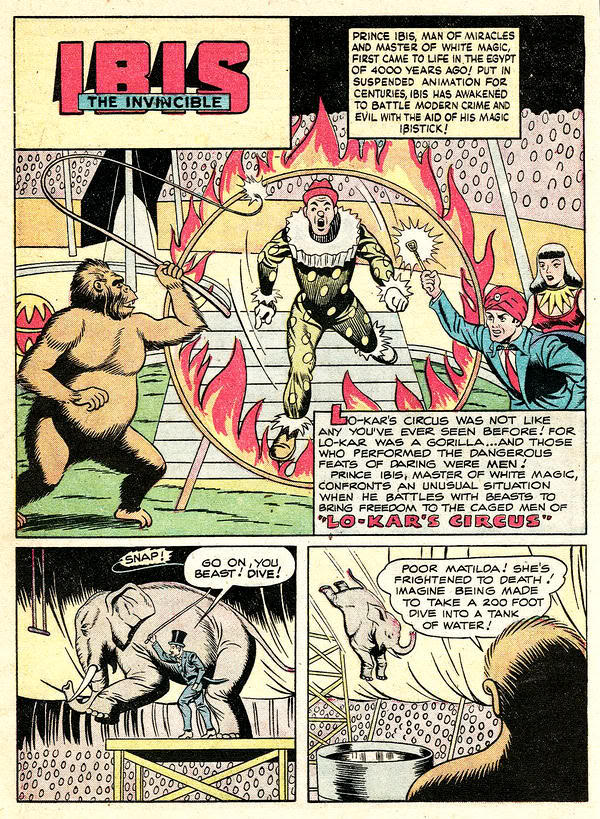 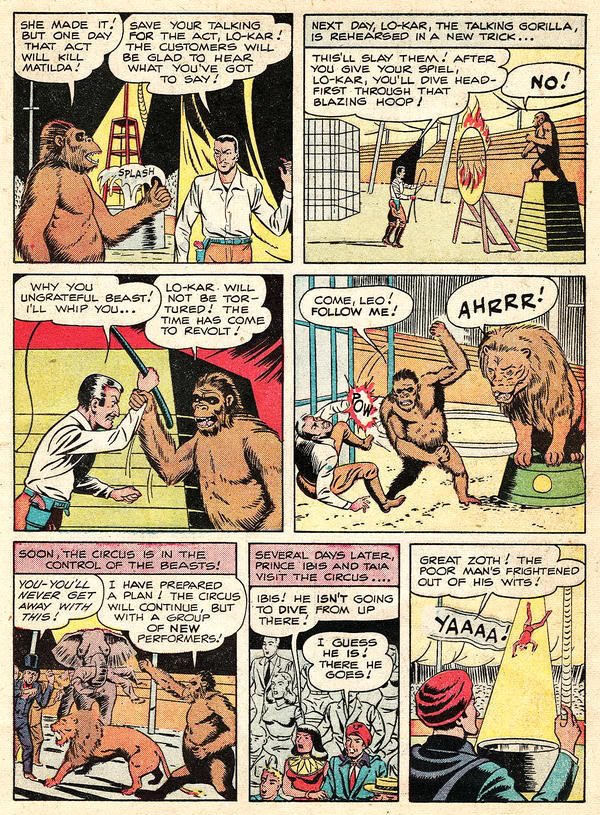 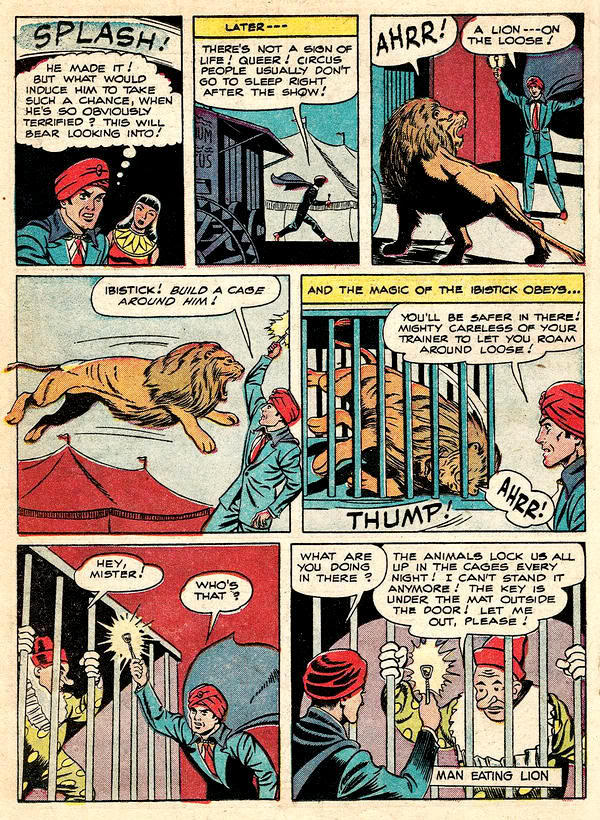 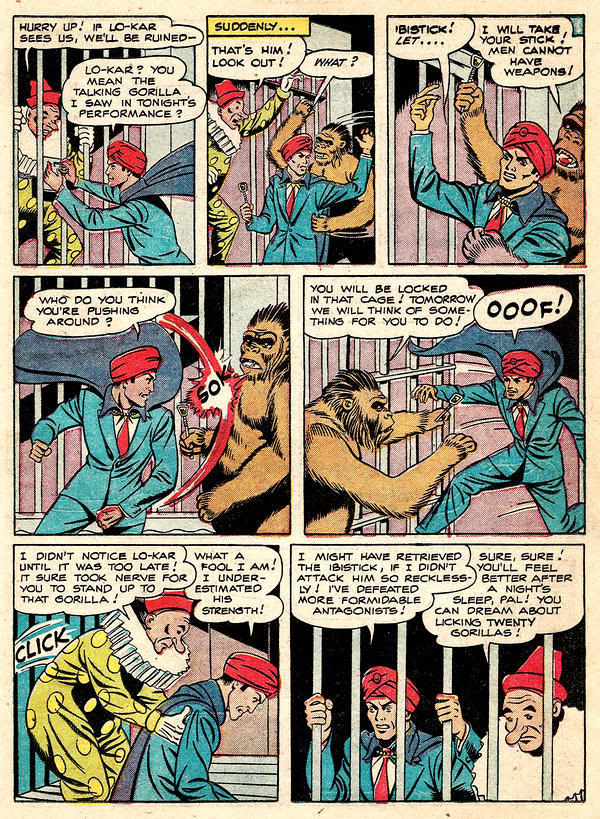 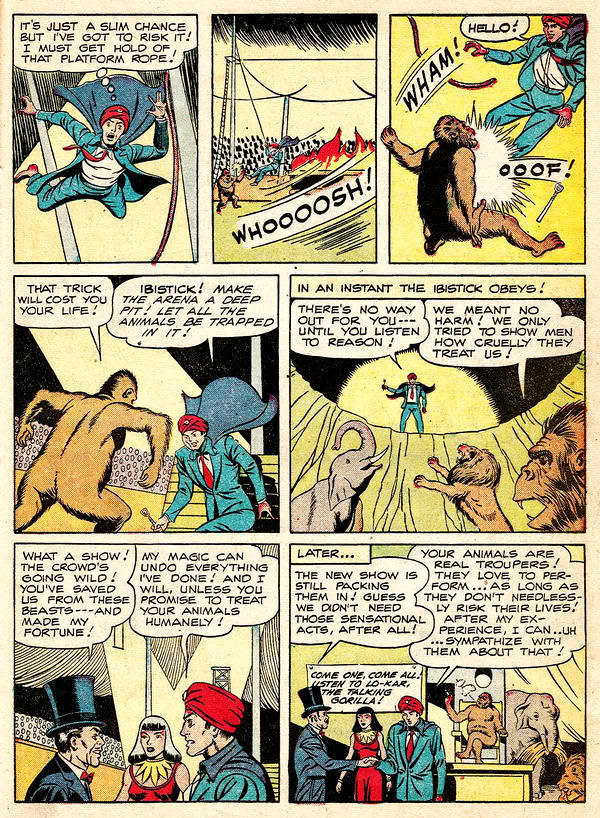 Ibis and his magical stick sure saved the day. I think you may be on to something in citing Schaffenberger as the penciller.

It does look like him to me. I wish I had met Kurt before he passed away, he was one of my favorites.