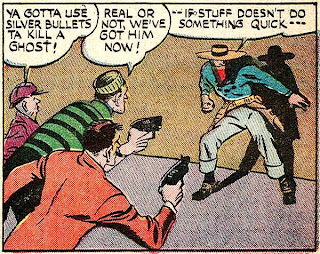 
"Shoot me for a kiyoodling coyote..."


Vigilante is radio singin' cowboy Greg Sanders, who moonlights as the bandanna-wearin', two-fisted do-gooder. He's aided by yet another version of Robin, "Stuff," a kid from Chinatown. In this particular silent opus, we have to imagine the squawking sounds from the strings of the villain, the "frustrated concert violinist," Ben Bowe, aka The Fiddler. I guess if ever there was a real excuse to be a criminal, not being able to play Carnegie Hall would have to top the list.

Didn't The Flash also have a foe called The Fiddler? Checking with the Grand Comics Database I see a notation about this episode of Vigilante: "The Fiddler is not the same villain as Flash's." Aha. Two villains with the same name working for the same comic book company? Who's in charge of continuity here?

Whoever wrote this story gave it some pretty snappy dialogue. Vigilante: "Are you hurt, Stuff?" The boy replies, "I'm not feeling kittenish." ...whatever that means, and maybe it meant something in 1943 that is lost to us now, but I think it's funny.

Mort Meskin, as "Mort Morton," and "Charley," Charles Paris, did the art chores on this story from Action Comics #59, April 1943. Meskin created the character with Mort Weisinger, and I've included the origin story from a DC reprint of the early 1970s. Meskin's artwork is dynamic and dramatic, aided by the equally dynamic and dramatic inking of Paris, who worked a lot on the Batman comics over a couple of decades. I believe, except for some occasions, that Meskin was essentially THE Vigilante artist. Vigilante, who also appeared in Leading Comics with the second banana group, Seven Soldiers of Victory, was one of the more popular features in Action Comics for years, and might be the most popular DC character who never earned his own book. 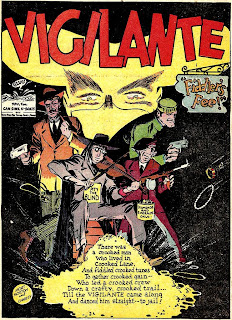 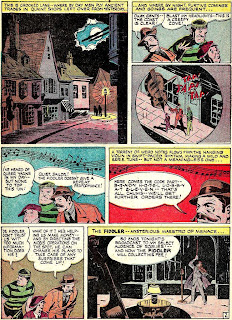 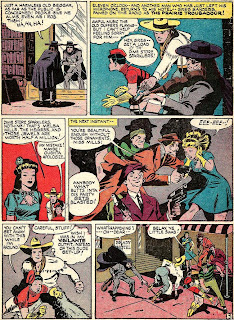 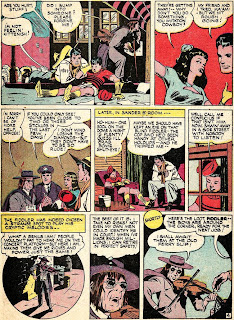 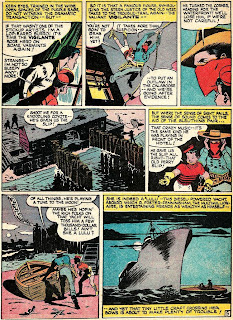 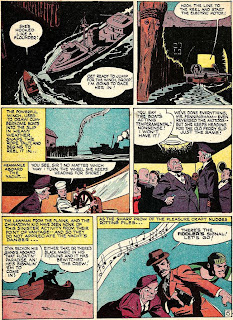 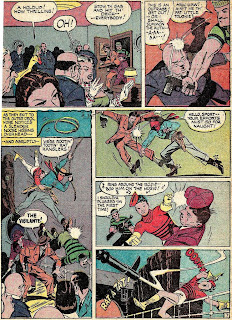 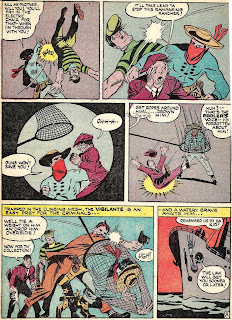 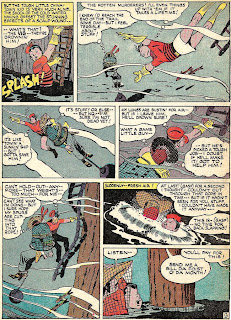 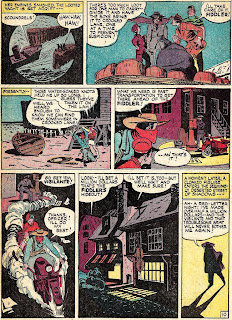 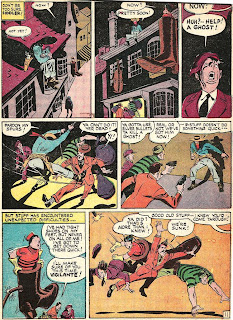 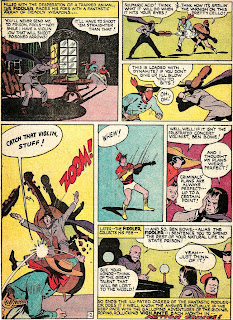 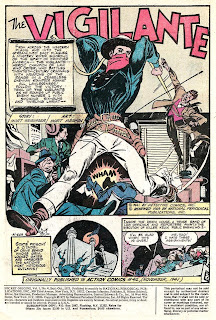 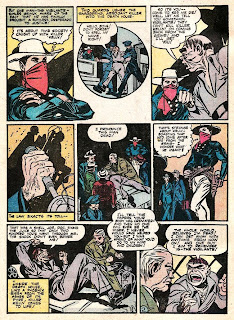 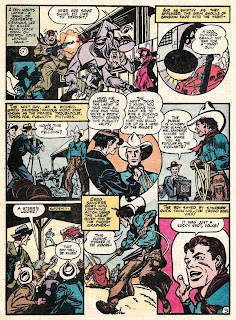 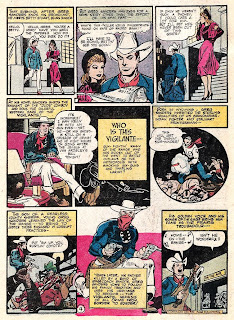 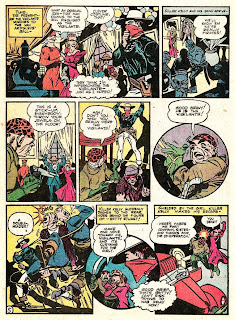 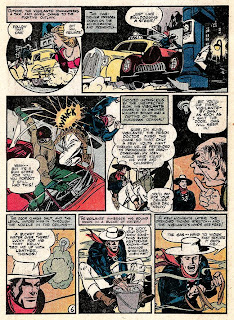 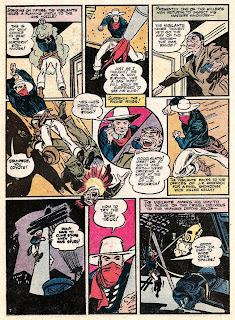 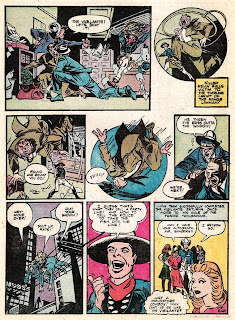 Meskin also drew a short strip about the making of the serial, which I have been meaning to put up on my blog. Maybe I'll get around to it next friday.

Wow, such gorgeous pages! I'm now and Meskin fan. Color-wise, I love vigilantes costume. The scheme really make the pages pop with vibrant color.
THanks for sharing these images.