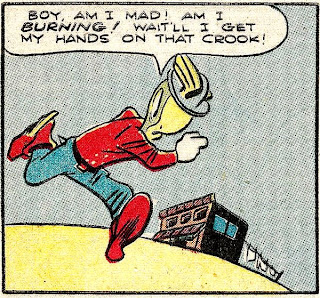 
McSnurtle the Turtle, also known as The Terrific Whatzit, was a feature in DC/AA's Funny Stuff title for the first 17 issues. Drawn by Martin Nadle (who sometimes signed his name as Naydel to distinguish himself from his brother, DC editor Larry Nadle) the Whatzit was sort of a...sort of...well, I don't know exactly what he was. I guess that's why he was the Whatzit. If you follow the link above you can read about him in Don Markstein's Toonopedia.

In this particular story, from Funny Stuff #6, Fall 1945, McSnurtle is duped by a cross-dressing guy posing as a woman. In a funny animal comic book! Maybe that's the part that's "funny."

The reason the colophons at the top of the pages say AA All-American Comics is because DC and All-American were conjoined companies, owned by different people. All-American was owned by Max Gaines, publishing under the DC imprint. Max Gaines split off from DC at one point, then sold out to them, coming back into the field with EC Comics. And the rest, they say, is history. The Terrific Whatzit made up a very small piece of that history.

I'm including a couple of ads from that issue of Funny Stuff, which was published just as World War II ended. The ads have a war theme. The Thom McAn ad especially so, with wartime racist caricatures of Japanese. The Captain Tootsie ad is not only a candy ad, but a public service announcement. Don't play with hand grenades. Gee, I think that'd be self-evident, and I don't know how many hand grenades were lying around for kids to pick up, but knowing kids, I'm sure if a kid found one he'd pick it up. Maybe the ad saved some lives. 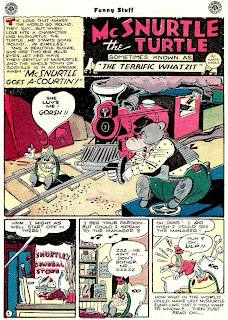 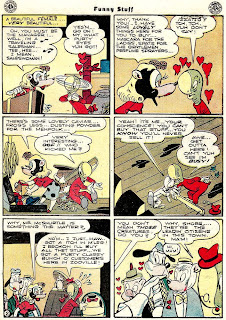 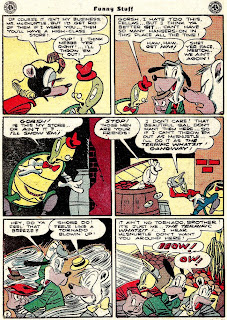 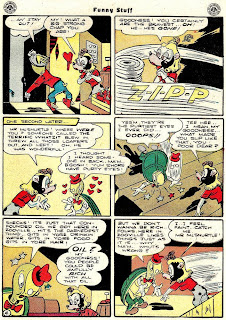 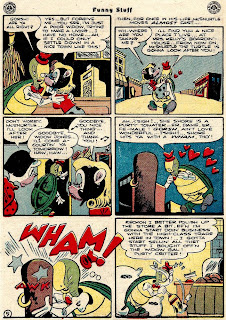 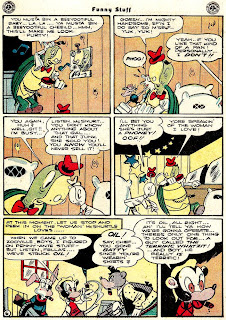 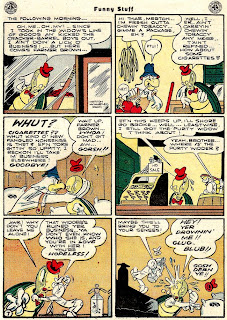 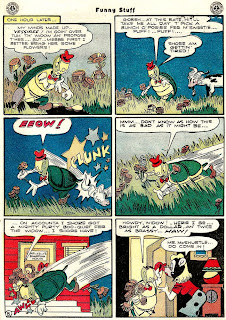 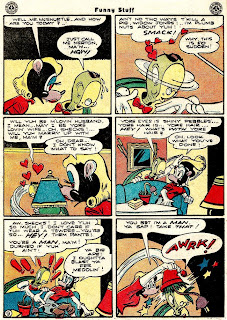 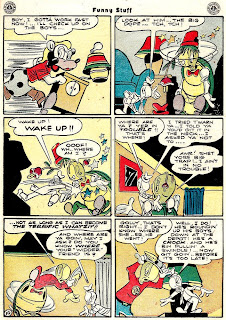 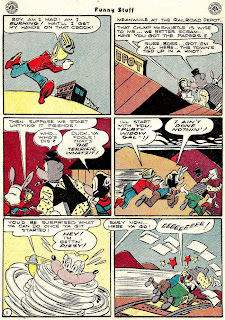 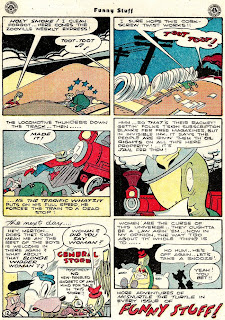 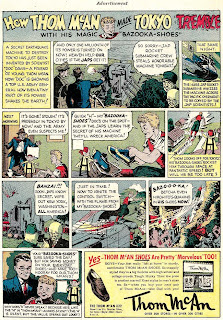 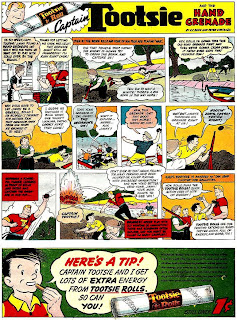 Nice post Pappy! Your blog always keeps me coming back for more! Incidentally, if any of your readers would like to see a McSnurtle story by the late great Sheldon Mayer, I posted one on my newish blog a while back:

Naydel was brother of DC funny animal editor Larry Nadle, although they spelled their names differently. At least at times; the byline on this McSnurtle stro[ is Martin Nadle.

John Glenn, thanks for the link!