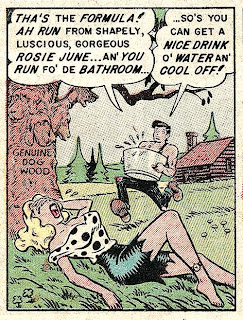 
In the early 1950s the longtime feud between successful cartoonists Ham Fisher, creator of "Joe Palooka," and Al Capp of "Li'l Abner" fame, hit its peak. Fisher had once been Capp's employer. During the time Capp was Fisher's assistant (and some describe his job as more of a ghost while Fisher lived the high life afforded him by his successful strip), the hillbilly concept was born with a character called "Big Leviticus." At some point afterwards Capp quit, created his successful hillbilly strip, "Li'l Abner," and a feud was born. It ended when Fisher took sequences out of "Li'l Abner," doctored them to look like Capp had hidden pornographic images. Capp easily refuted them by showing the original material. The result was disgrace for Fisher, who committed suicide in December, 1955.

This satire, drawn by Will Elder for EC's Panic #3 in 1954, was done well ahead of Fisher's suicide, but devotes the last page to a lampoon of both Fisher's forgeries and Dr. Fredric Wertham, who said in Seduction of the Innocent that pornographic images were hidden in comic books.

Will Elder always did a great job lampooning other cartoonists' characters. There is a running gag throughout that issue of Panic about Walt Kelly, and the last panel features the only non-Elder art, a Basil Wolverton paste-up. Since I've seen most of the Mad imitators and featured a few here, no one ever imitated Mad as well as the creative people who helped create Mad. Harvey Kurtzman was missing from Panic, but his artists were there. Even with them Panic was never as great as Mad, but in its own right it could be very, very good, and "Li'l Melvin" is one of those examples. 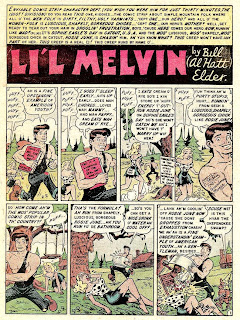 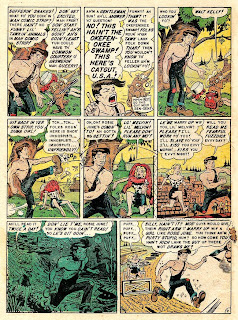 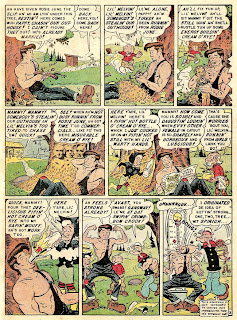 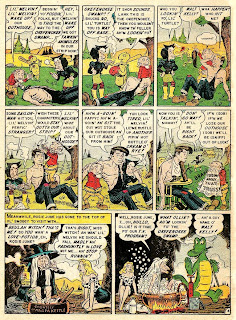 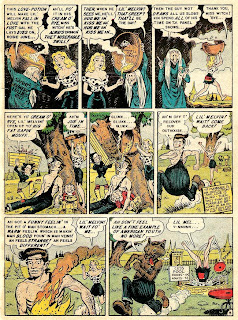 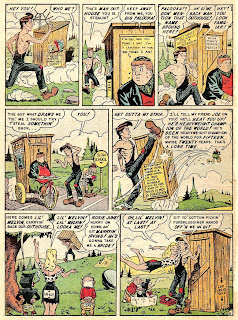 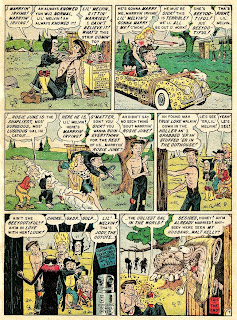 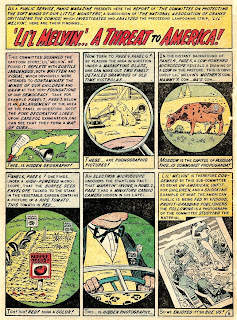 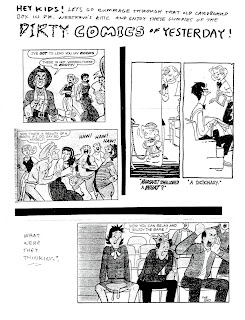 Me'thinks Wertham saw what he wanted to see. Sometimes a cigar is just a ...

Here's the exact link for "EC Comics: From Here to Nudity #2".

Thanks for extra info, Pappy and Bhob. I got a good laugh at the way Orlando wrote that letter. (Thanks too for the link to a great blog, Potrzebie, which I I've never come across, due to ignorance.) It inspired a related post of my own -- not lacivious, tho.

Never knew "furshlugginer" made the jump to other publications!