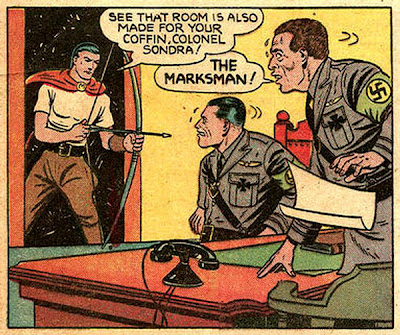 
With this story of the Marksman we're asked to accept a guy in a white t-shirt and red cape, a bow strung across his chest, operating behind German lines in Poland. He can make assassination attempts on an important Nazi commander, even follow that commander "by devious ways" halfway around the world from Poland to the island of Formosa (!!!). We're asked to believe he can hide in plain sight among some American soldiers who are prisoners of the Japanese, still wearing the white t-shirt, red cape and bow across his chest. C'mawwnnn, man... There's typically good Quality Comics artwork, but there's a lot to strain credulity in this 7-page filler by Fred Guardineer from Smash Comics #46, September 1943. 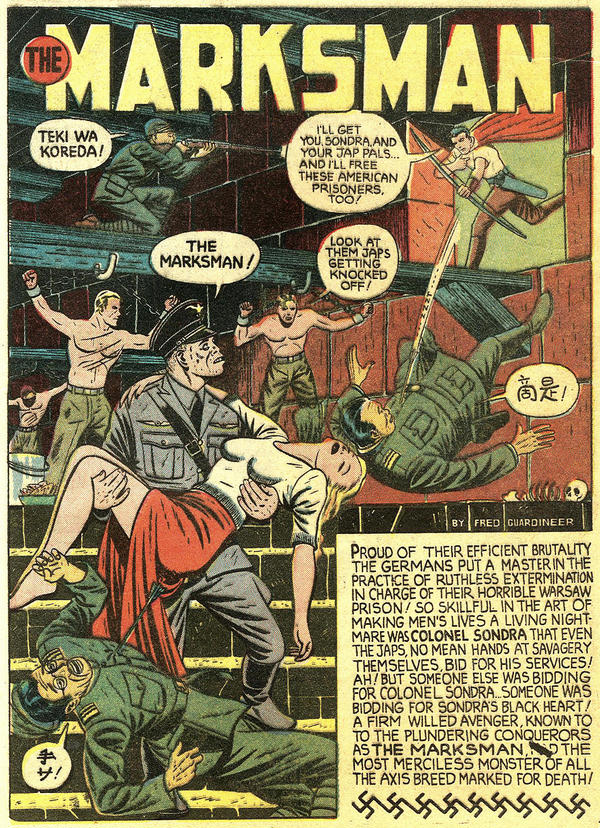 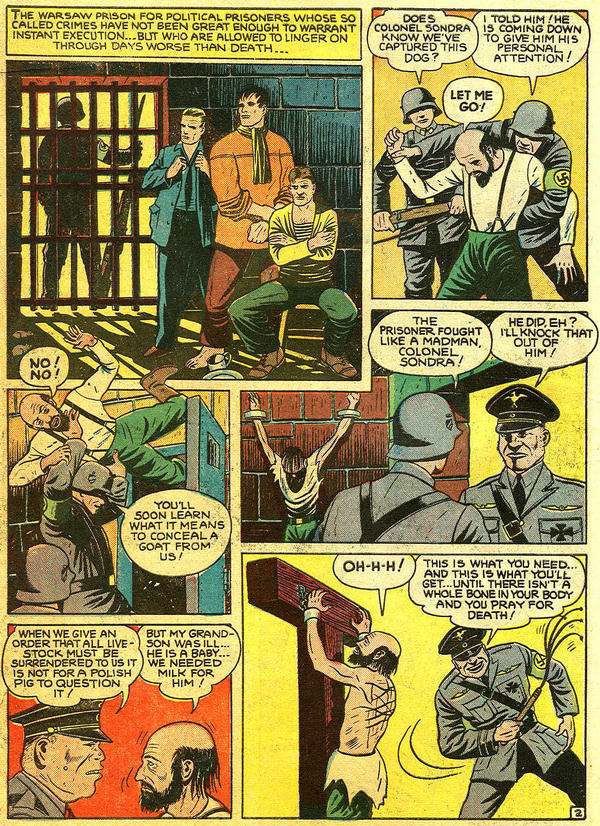 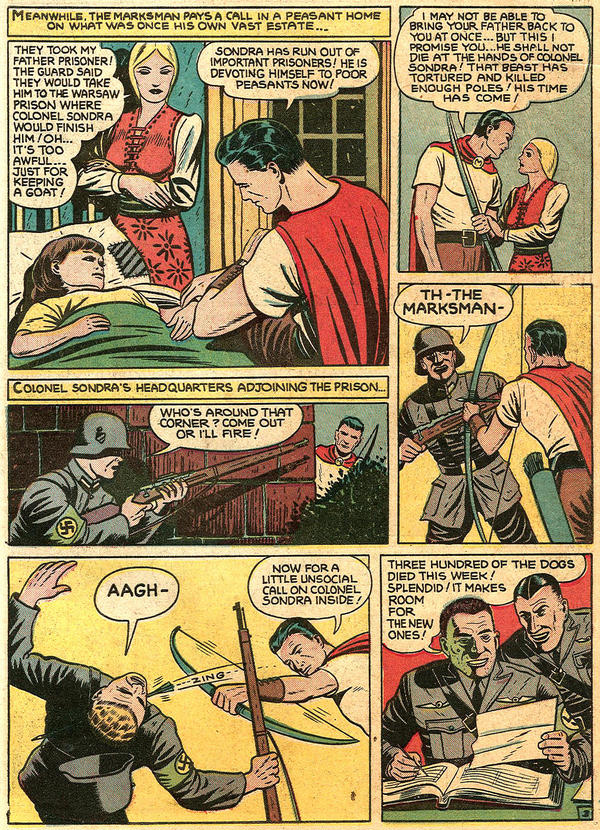 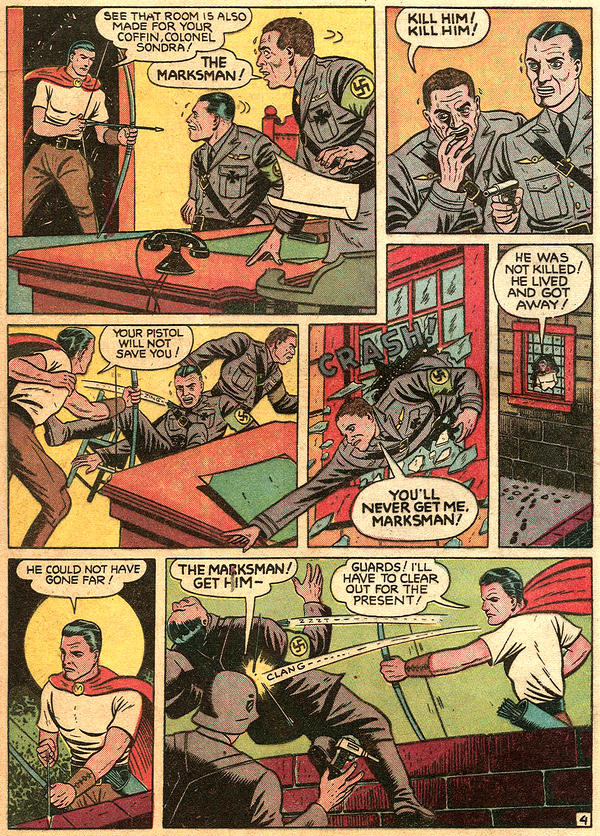 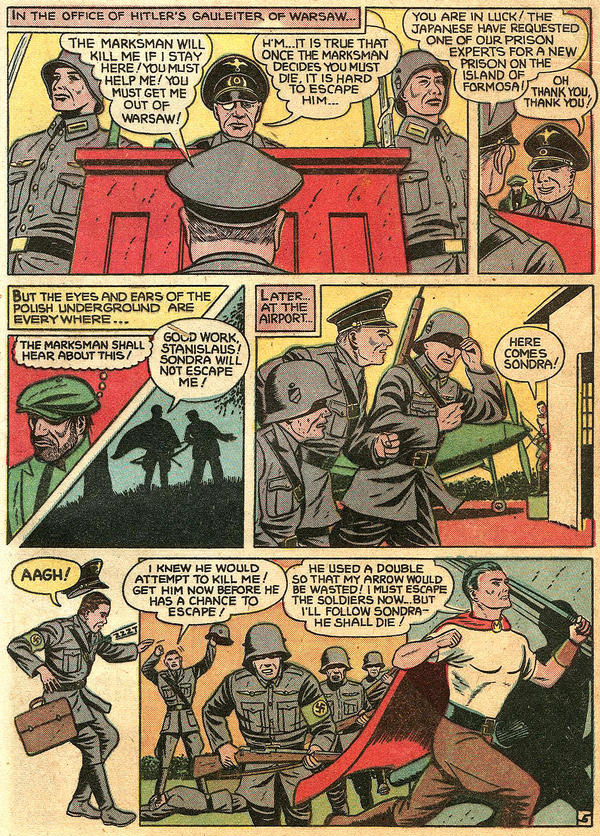 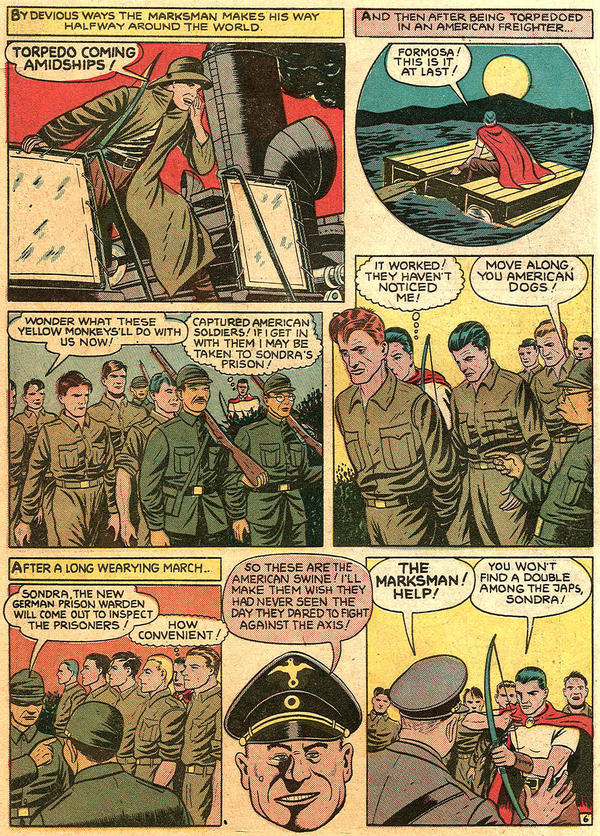 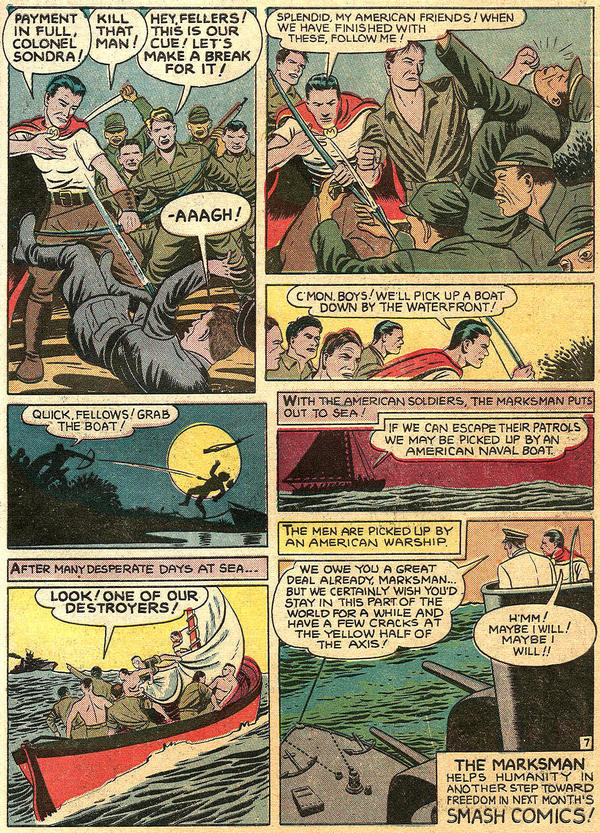 You're right, Pappy, this is hardly the ensemble for covert ops (I especially love the bow outside of his rain slicker on page 6) but a fun read nonetheless. I always love coming to your blog every day because I never know what I am going to get.

I love this, that panel where the "marksman" is dashing of to the right kills me. It looks like he's trying to fly. Maybe it's his lucky T-shirt and red cape that's why he never takes them off. Anyway great work Pappy, I stumbled upon this site a few weeks ago and keep coming back for more.

Neither you or I know what you're going to get. I look around and ask myself what I have scanned, and will it fit that day? I mix it up because I love all kinds of comics.

I guess The Marksman is as good as anybody to help humanity take a step in the right direction for freedom. Now if only someone would help Marksman take a step into a better costume direction. Ahhh, but that's his lo-fi heroic charm I suppose. Fists over fashion... the way it should be.

Little known fact is that a British officer actually used a bow and arrow to shoot Germans in France around 1940 :)