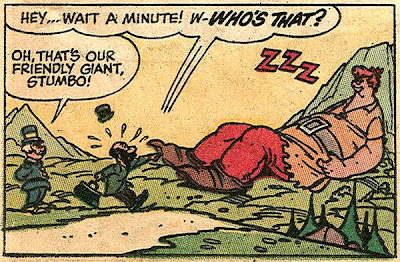 
Warren Kremer was a great cartoonist, the "look" of Harvey Comics from its transition to a kiddie-comics line until the company was shut down in the 1980s. He began as a comic book illustrator on standard features, and was good. His exceptional talent came out when he drew the kids' comics. He took over from the animators who had drawn the Casper feature before him. Kremer was prolific and if there was a lead artist at Harvey Comics, it was him. He died at age 82 in 2003.

Stumbo the Giant began as a back-up feature in Hot Stuff, The Little Devil, in 1957. The character had to be drawn bigger than everything else around him. It had to be a challenge for Kremer, and anyone who followed on the feature to draw in those proportions. Stumbo had a certain size in relation to Tinytown, the people who populated it, the mountains. That had to remain consistent, and Kremer did it.

The story, "The Mighty Check-up," is from Harvey Hits #60, September 1962. It was inked by cartoonist Frank Carin. The printed version of the strip is from my collection, but the original art scans are from the Internet. It's always interesting to look at originals and compare to the printed version. In most cases layers of colors would obscure parts of the story. The cartooning is kept fairly simple, not only for the young readers, but so the artwork reproduced in some decent fashion. 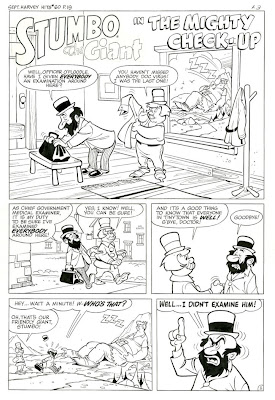 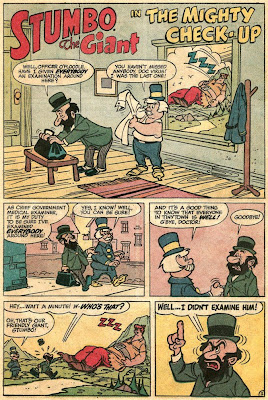 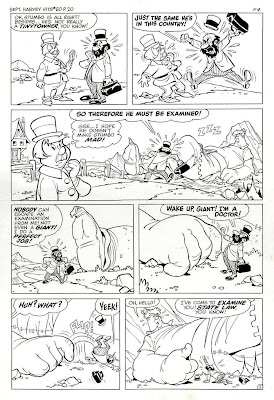 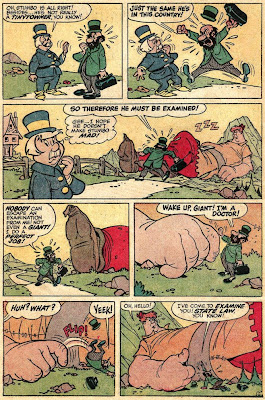 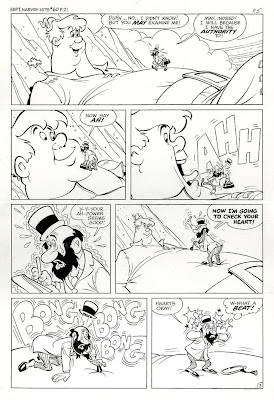 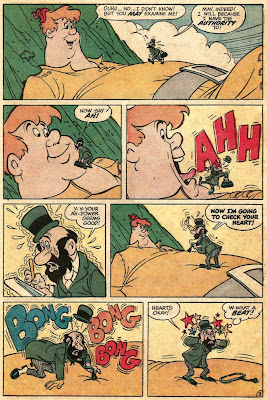 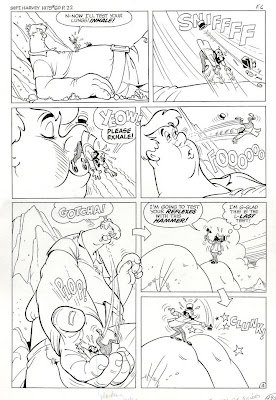 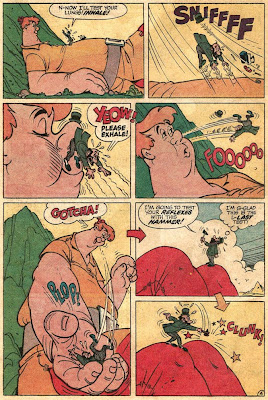 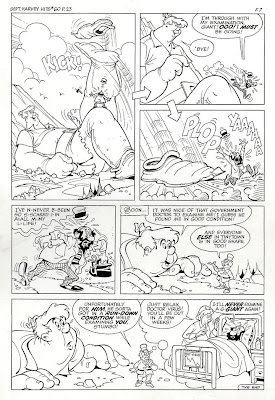 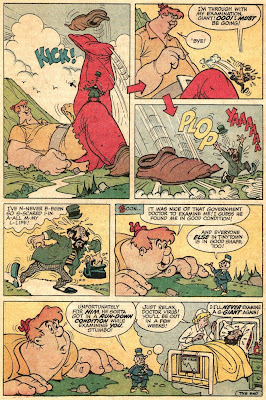 Kremer is one of my all time favorites. It was wonderful to see a lot of the Stumbo art, in B/W, in Leslie Cabarga's newish Hot Stuff book.

My brother and I just won some terrific Harvey Comics at auction on eBay over the past weekend.

A nice, big stack of Baby Huey, Casper, Little Dot, etc. is enroute to the Carolinas even as we speak.

Ernie, was this story included in the Hot Stuff book? I haven't seen that book, although I'm looking forward to it.

Chuck, I'm glad to hear that you scored some of these books on eBay. I used to sell a lot of Harvey Comics on eBay and then thought why am I doing it? I like these comics! So I've hung onto the rest of the big stack I bought for my son when he was learning to read.

Pappy, I read all the book a few weeks ago and I do not remember your post being in it. It's a great collection with some Howie Post stories also. I hope the next one they do is Spooky - for some more Howard Post.