Captain Battle came to us, eyepatch and all, by way of Lloyd Jacquet's Funnies, Inc., a shop that provided comic book stories and art, pre-packaged for publishers. Lots of folks were jumping into the field in the time right before World War II, and Lev Gleason used the Funnies, Inc. shop for his books. Captain Battle, the comic book, not the character, had a confusing history: the first series in 1941 had issues #1 and #2, then became Boy Comics with #3. There was a Captain Battle #3 in Winter 1942-43, then #4 and finally #5 in 1943 which reprinted the contents of #1. Number 5 is where I got the scans for this story. 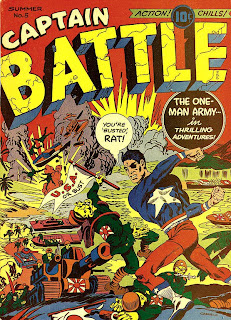 To add to the confusion, there were also two issues of Captain Battle Jr. I guess they figured if it worked for Captain Marvel, it'd work for them.

Frank Borth, who had a long, long career in comics, supplied the artwork, although because of the shop production, could have other artists' hands in it. It's a fairly typical kick-the-Nazis-butts-type story, with our hero triumphing over the bad guys by using good ol' American smarts and ingenuity. I especially like the "Lucetubes" rockets...borrowed from Buck Rogers?

And speaking of borrowing, the scene of the Nazi officers in the nightclub and the singer doing "The Marseillaise" is "borrowed" from the movie, Casablanca. 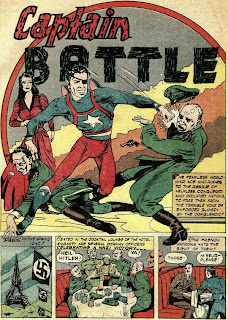 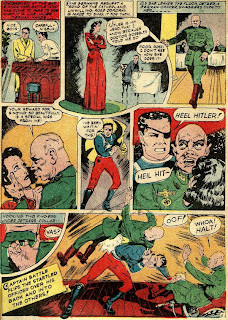 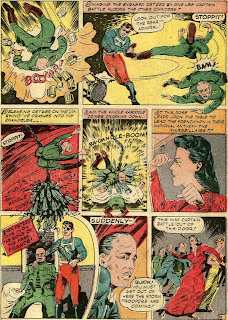 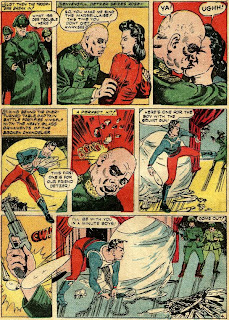 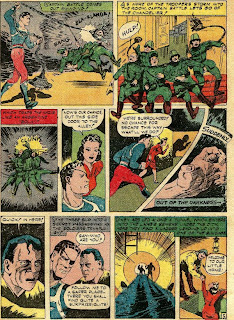 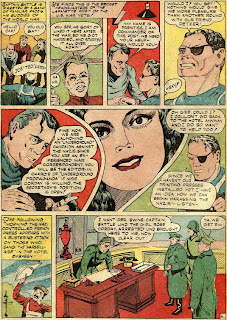 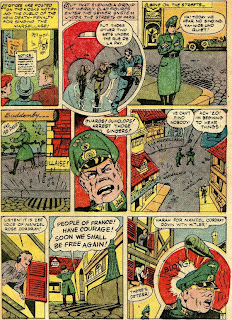 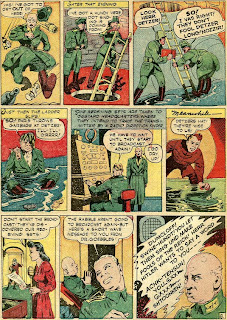 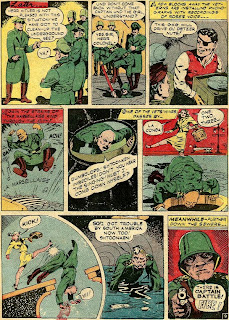 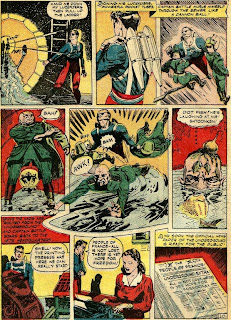 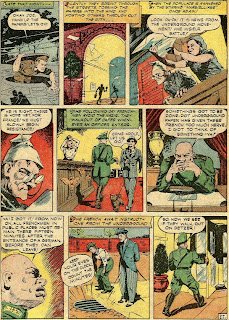 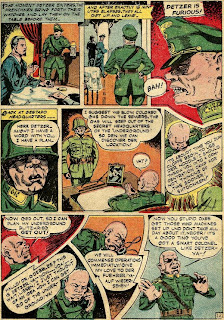 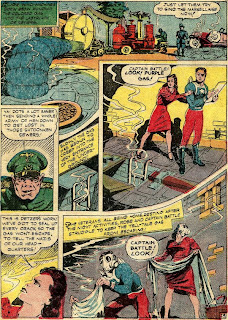 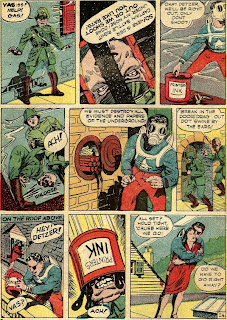 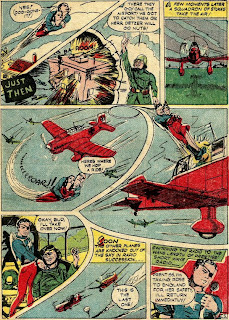 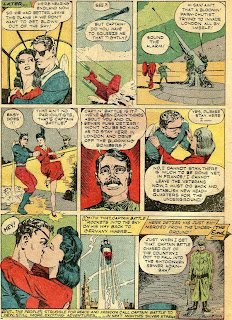 You're posting an excellent run of diverse stuff lately, Pappy!

I never know what to expect here, but the variety is nice.

Captain Battle! Score, I like my heroes to look like a cross between Captain America and Nick Fury and to be equipped with a gun that melts flesh.

Holy cow! This was a wild ride. Yeah, there were thousands of these kick-the-Nazis-butts stories, but this one certainly had some terrific energy to it, not to mention way more sex. Those panels with Captain Battle flying with whatshername? I guess blowing up buildings and flying away is something of an aphrodisiac.

Oh, and I was impressed that the most important thing the superhero could do was to help publish an underground newspaper.

Anyway, do you think this was written after Casablanca? Because it's set in 1941, which doesn't make sense for a comic appearing in 1943 unless it was unused inventory. And it did say to look for the next adventure in Silver Streak Comics, so that implies it was not originally meant for his own book.