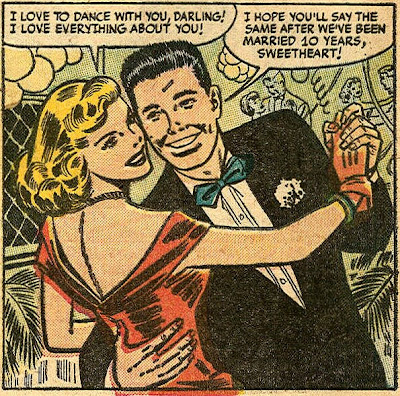 
Jay Scott Pike was one of the top bullpen artists for Stan Lee at Atlas in the 1950s. He left comics after they crashed, and went on to become a calendar girl artist, like Gil Elvgren. It was news to me. I was surprised to hear that and to see examples of his art because I hadn’t seen his pinups before. 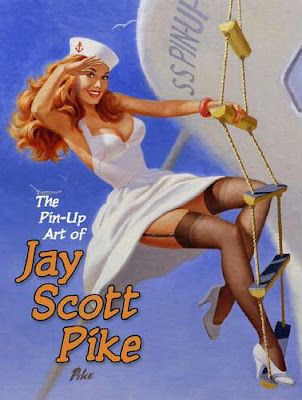 I like his drawings for the Atlas love and horror comics, and I have two stories. The first is from My Own Romance #37, and the second a reprint from Vault Of Evil #16, 1974, originally published 20 years earlier in Mystery Tales #21.

Two blondes…one still in love with a guy from her past, one wants her husband dead. Women, can't live with them, can't live...etc. 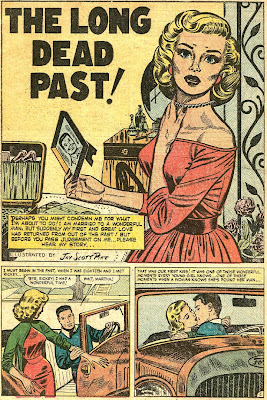 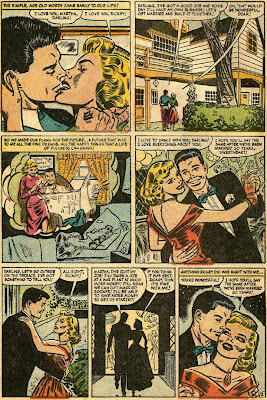 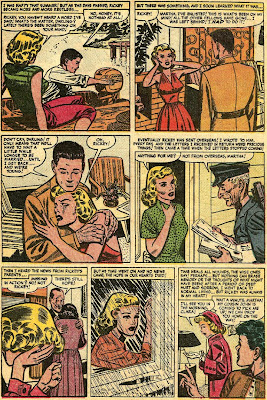 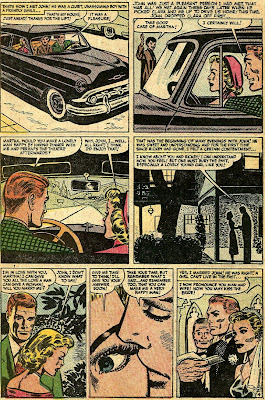 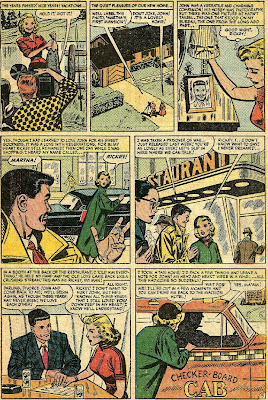 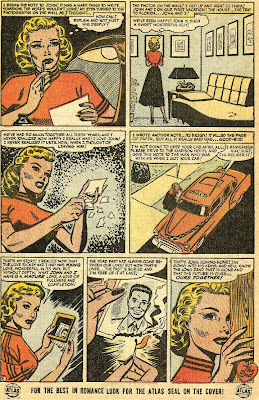 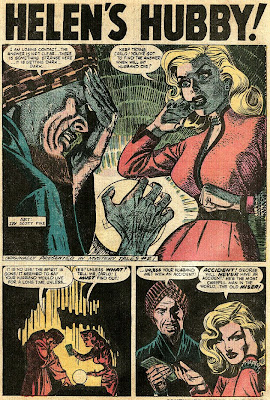 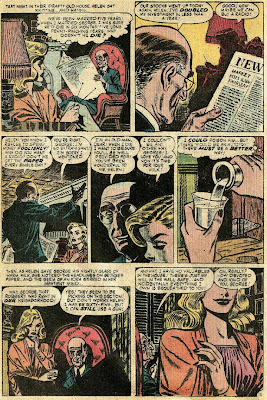 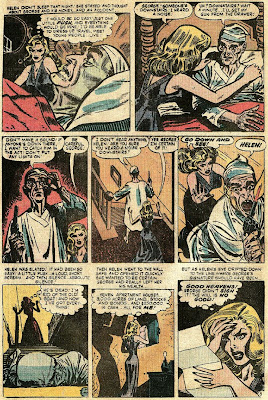 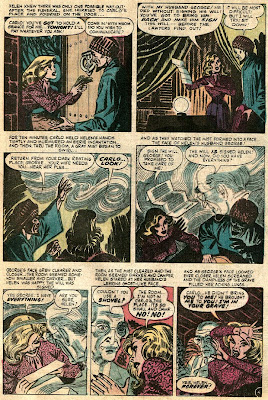 I always felt that looking at Jay Scott Pike's art was like eating a pastrami sandwich on white bread garnished with mayo.

Wow, I think this art is wonderful. Not only is it flashy in all the right places, but it actually cares to extend itself to real character development beyond the words in the captions. Seeing that here, I notice that I have been frequently missing it in other similar product from the period. I know that a five-page story leaves very little room for extraneous detail, but it's nice to see it packed in anyway. Take the third panel on page three of the horror story. You can tell so much about those characters that isn't spelled out in the narrative. I love the way George is putting on his glasses.

Two other panels I loved before I quit: the bottom panel of page two, same story, is pretty great. I love the way Helen's eyes are obscured. The image focuses on her attractive but consuming mouth, instead. It becomes a shorthand for her evils. And while I think many illustrators would have thought about this, it is just so much less overt that it has been done with the word balloon positions instead of the outside panel frame. Ah, evidence of what can only be done in this medium.

Lastly, I love the first panel from page five of the romance. This is possibly the first time (though I haven't read all that many of these) that I have seen characters instead of cyphers in a story like this. Here are people doing something interesting and quirky and individual. They actually remind me of my grandparents here. Because of this, I have an emotional investment in the story by the end. It isn't merely about an interesting love problem, it's happening to folks I like.

Both of these stories are terrific, Pappy. Thanks for posting them, AND for turning me onto Pike's cheesecake pin-ups.

I may have seen his stuff before, but since his name is not really ringing any bells, I will happily take the time to seek out some of his calendar artwork.

Great Pike double header Paps! I've almost posted that Mystery Tales story a couple times but I'm glad you did it in context with one of Pike's romance classics, it's fun to compare the two and both are equally appealing.

Not to steer traffic away from here but has everybody seen this:
http://comicrazys.wordpress.com/

Thanks for the heads-up Karswell. Comicrazys has some cool humor posts going on.

Jay Pike didn't totally abandon comics. In the sixties he was a mainstay of DC's Love comics and he created and drew "Dolphin" for Showcase #79.

I was the assistant on the last two issues, and I gotta say--Jay was about the nicest guy ever! I'd never seen his stuff before Dolphin, so thanks.