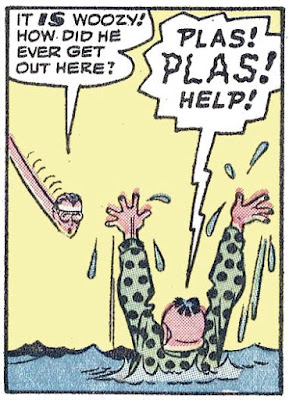 The tale is from Plastic Man #3 (1946). In one scene Plastic Man’s pal, Woozy Winks, walks in on a man with a gun to his head. Eleven years later Jack Cole put a gun to his head, then shot and killed himself. But, it is better not to make connections with a real event by attaching it to a comic book event. I looked up the credits for Plastic Man #3 on Grand Comics Database, and found the writing credit is not given to Jack Cole, but to Gwen Hansen. A very short biography online credits Ms Hansen as a writer/editor for Quality Comics. She was a humor writer, notably on Torchy stories that Gill Fox illustrated. Writer Manly Wade Wellman described Hansen as “a good editor, intelligent, educated, fair-minded, and very pretty.” A photo of her bears that out. With that I leave the subject. 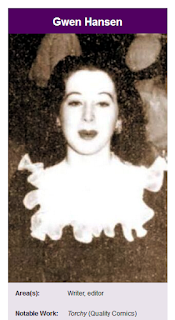 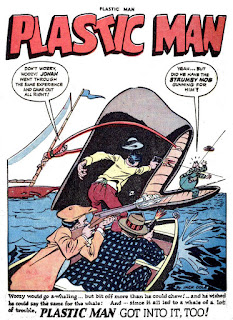 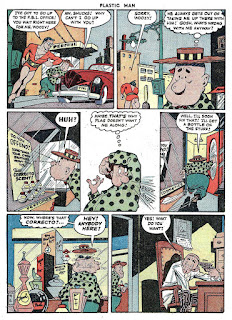 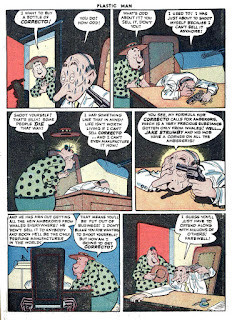 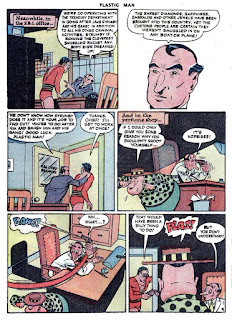 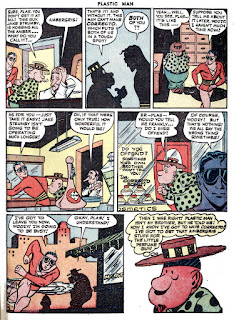 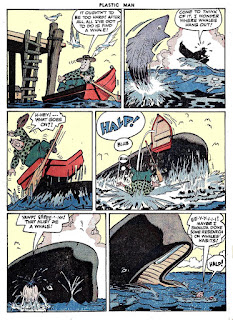 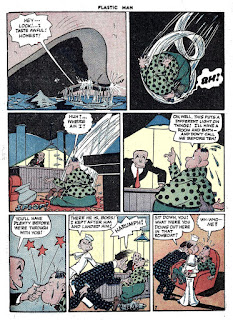 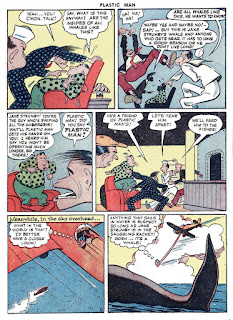 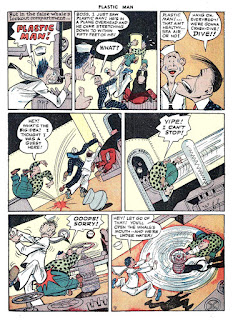 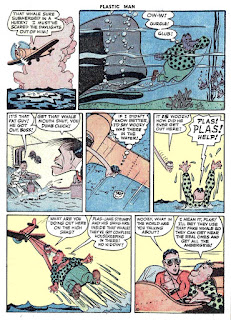 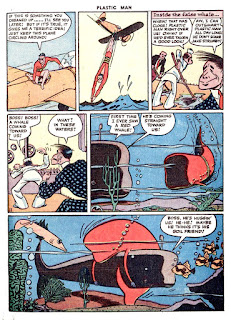 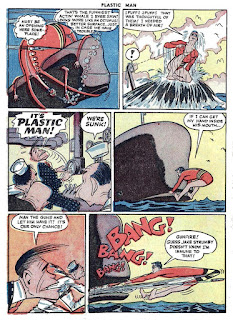 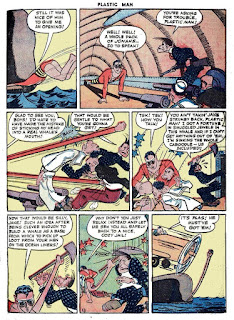 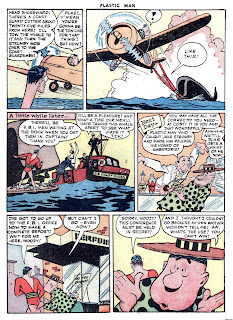 *A couple of weeks after completing this post and putting it in the queue I read an article in the July 2, 2021 issue of The Week magazine: “A group of fishermen from Yemen struck it rich when they reeled in a 280-pound chunk of whale vomit worth $1.5 million . . . the 35-person crew captured a sperm whale’s carcass whose stench suggested the presence of ambergris, a waxy substance produced in the whale’s intestines. They found a massive block of the substance, prized by perfumers because it makes fragrances last longer. They split the money equally, buying new homes, cars, and boats. ‘It was an unimaginable price,’ said one. ‘We are all poor. We never expected this thing would give us such a huge amount.’”

2:6 has a bottle of Flit, which was an insecticide.

Daniel, I assume the Flit is a joke. In those days everyone knew what Flit was, thanks to the advertising art of Dr Seuss.