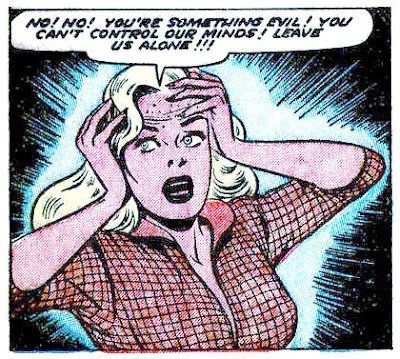 Venus was a character created in the '40s, drawn by Bill Everett, the creator of Sub-Mariner. Talented Everett also had a way with pretty girls (on paper, at least), and proves it with his stories of Namora and Venus. Venus became the star of a horror comic in the '50s, and this 6-pager, “The Box of Doom,” is from Venus #19 (1952). I also showed it in 2008, but these are new scans.

Biographical information on Everett says that he was a teenage alcoholic, that he had tuberculosis, which is why he spent a lot of time as a young man  in the American Southwest, a destination for many TB patients. At age 55, in 1973, he had a heart attack that killed him. He was a comic artist who can be revered for what he did, and mourned for having a short life. 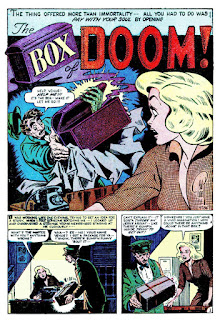 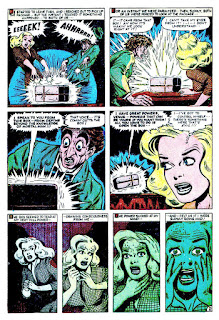 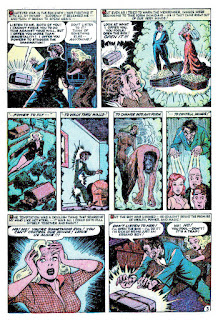 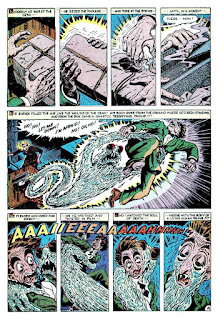 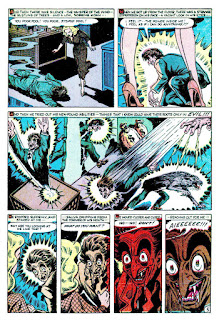 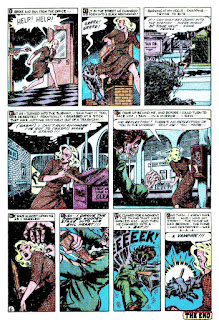 Everett's funeral was attended principally by two groups, those who knew him as a brilliant comic-book artist but knew little about his involvement in Alcoholics Anonymous, and those who knew him through AA but didn't know him as an outstanding illustrator. By the time of his death, Everett had quit alcohol and was known in the local chapter of Alcoholics Anonymous as a valued member helping others with their struggles. Unfortunately, his past abuse had terribly damaged his heart, and bypass surgery (which was tried on his case) had not advanced to its later state. I really hate what many people have done to themselves with alcohol.