Number 2468: Into the catacombs you dirty rat! 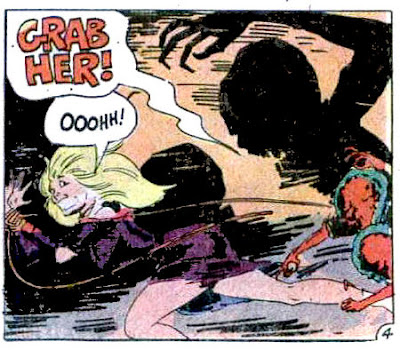 “A Lovely Night in Paris” is far from lovely. It is a horror story where a woman gets kidnapped by some little red monsters and taken deep into the catacombs of Paris. It is a love story in the making, as a handsome gendarme follows her and her captors underground.

Joe Gill wrote the story, and Tom Sutton drew it. Despite the artwork seeming rushed it is very dynamic: deep shadows, monsters, a beautiful woman and a brave gendarme.

And it has a bondage cover. I am only a bit surprised that the Comics Code let that go by. It had been 20 years since all of the foofaraw over comic books brought on the Code. At some point in the '70s the Code started to lighten up by approving comics they would not have approved in the past. Comic book buyers were getting older, and I have also heard the Code became relaxed because of television, and how much sex, violence and swearing was allowed by TV network censors. By then nobody in the larger outside world cared what happened in comic books.

Back to this comic book. The story is from Ghostly Haunts and was originally published in 1974 by Charlton. This edition was published in 1978 by a promotional company called Modern Comics. I read they were reprinted to be sold three to a bag. In the '70s I bought some Modern Comics one at a time (no bag) from an F.W. Woolworth store. Woolworth is now out of business, as is Modern, but I assume one had nothing to do with the other. 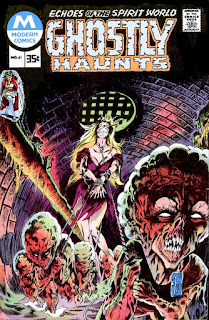 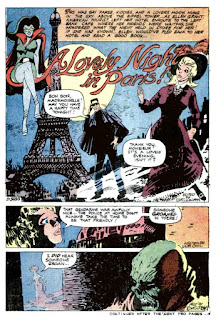 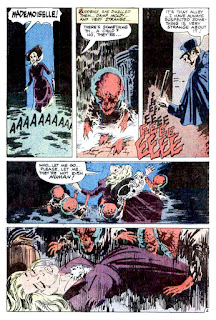 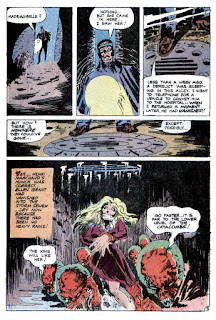 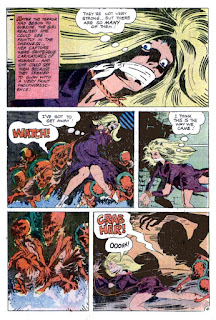 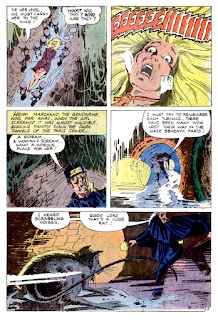 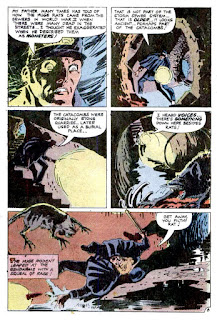 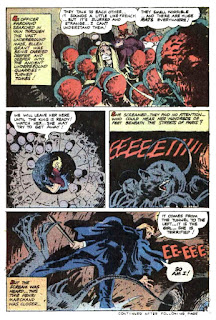 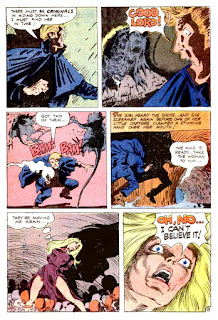 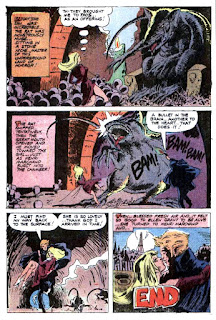 Perhaps it would be better were the F. W. Woolworth Company truly dead, but it is HIDEOUSLY TRANSFORMED! WOOLWORTH'S … IS … FOOTLOCKER! (CHOKE!)

What does the indicia say about Modern Comics? It seems to me that they would likely be an imprint or a subsidiary of Charlton, which was still in operation in 1978, as its wretch press had not yet broken-down.

The story is fairly effective for most of its nine pages, but it rather abruptly wraps-up with the ninth, with loose ends all over the place (or perhaps all under the place).

The phosphorescent subhumans are definitely creepier than the giant rats, but the rat king is pretty vile slouching on that throne. This reminds me of Richard Corben's Rat God, which I highly recommend. Also, just about every story Sutton did for Charlton looks rushed like that, and for good reason: Charlton had the lowest page rates in the industry, but I'm preaching to the choir. Those Charlton covers he did though? Some of his finest work.