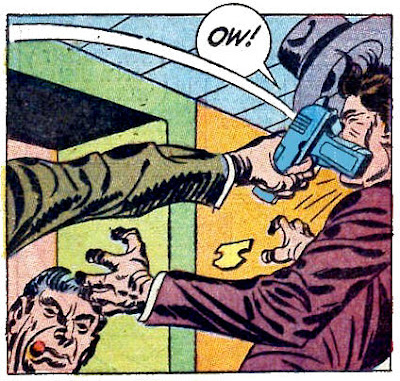 Joe Simon and Jack Kirby are credited with the entire contents of Headline Comics #24. It had been a superhero comic, and then became a crime comic.

In this story they tell of the pinball racket. The mob would force small businesses to put in machines that would draw money from customers, then the mobsters would benefit, usually to the detriment of the business owner. Although crime comics used a line like “Crime Does Not Pay” somewhere in the story (“Crime Never Pays” in the splash panel of this story), in the real world outside of comics Simon and Kirby probably knew that crime did pay. Organized crime controlled unions, trucking, construction, along with the usual vices in New York. To do their illegal businesses they had police and judges on their payroll. A couple of New York guys in the comic book business were likely aware that organized crime also had their hooks in periodical distribution, which included comic books.

Crime comics were big sellers in 1947, when this was published. I’ll bet gangsters also got a kick out of them. 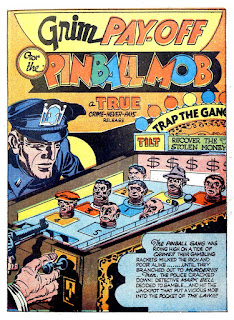 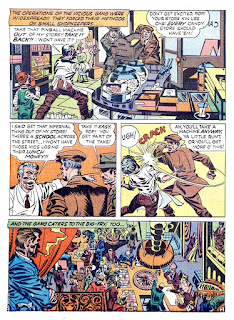 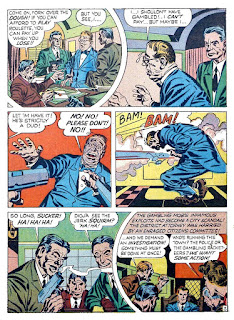 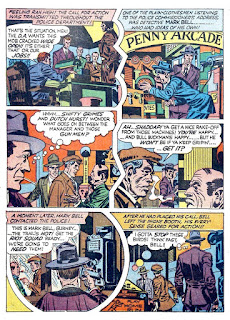 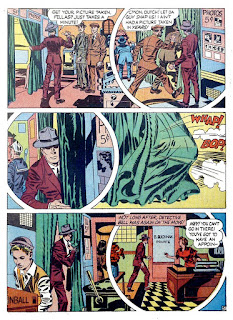 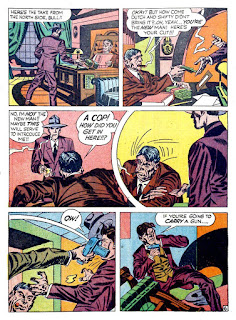 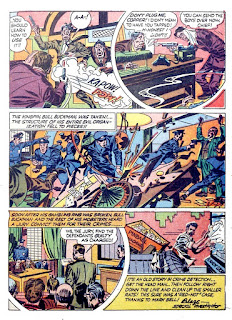 It isn't generally a technique I'd recommend to put the entire summary of your story right on the splash page. Maybe they were catering to parents who didn't want their spawn to read anything "immoral" and would look at the first page to make sure it wasn't?

Of course, violent or dishonest people will involve themselves in ordinary business, but there's a special attraction for such people to activities in which participants do not feel that they can turn to the authorities without indicting themselves. Hence, activities that are prohibitted or heavily taxed or regulated (either of which is really a weaker prohibition), the associated criminality is often not merely that of violating the prohibition, taxation, or regulation.* Quite a few of those who went into the business of pulps and of comic books had been or were also involved in pornography. I imagine that Simon and Kirby were separated by at most two degrees from real thugs.

In the case of this story, the crime is pretty much just a MacGuffin; the distinctive aspects of criminal use of pinball machines play no real rôle. And the first three pages could actually be discarded with no loss to the plot itself, though the second and third serve to make the criminals unsympathetic. The first panel of the fourth page establishes the mission of the protagonist. Thereafter, the protagonist overhears a conversation, launches a surprise assault and batters two fellows unconscious, pretends to be a bag man, effects an arrest, and gets clubbed but manages to shoot his assailant.