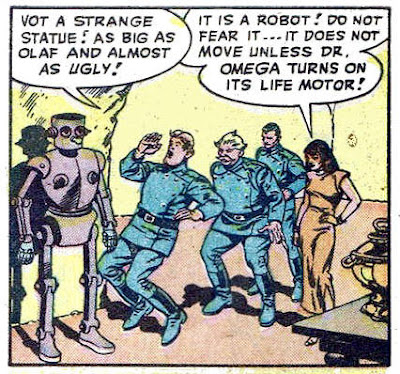 The Blackhawks are flying around, but do they have a destination in mind? We don’t know. While in the air they intercept a powerful signal and land on an island with only two inhabitants. Human inhabitants, that is, Dr Omega and Moth.

Dr Omega dresses like Robin Hood. Moth is a beautiful woman, thanks to artist Reed Crandall. Her place with Dr Omega is somewhat mysterious. Dr Omega calls Moth his “beloved companion,” yet doesn’t seem affected by her fate (warning: that is a spoiler).

Then there are robots with light bulbs for noses.

Something about Dr Omega struck me, something he said: “The outside world will destroy itself...our civilization and the men who make it will disappear in the next hundred years.” He predicts “wars, plagues and famines” and further states, “the world as we know it is doomed!” Blackhawk is more optimistic but that is something of a postwar optimism; some naïve projection of the future. I am okay with optimism of others, but I can be a downer.  On bad days I believe more in “gloom, doom and rumors of boom!” as said in an old Pogo comic strip.

Oh, also there is an ugly racist panel on page 7 with Chop-Chop. Be aware. 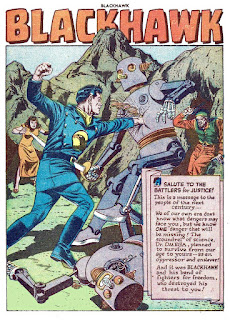 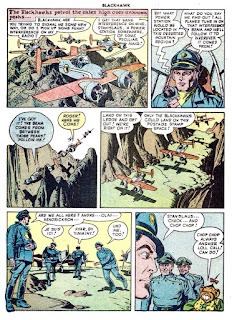 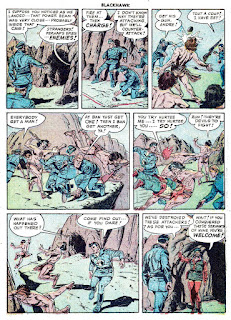 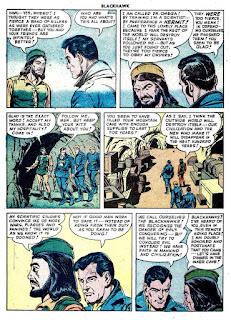 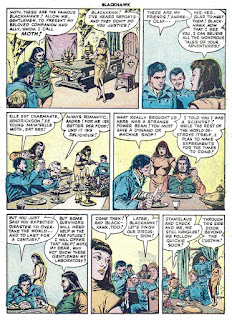 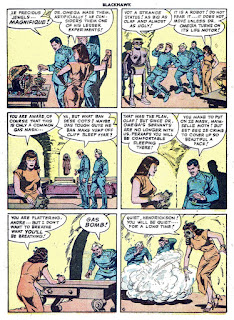 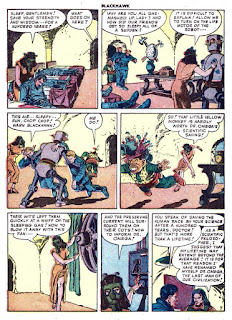 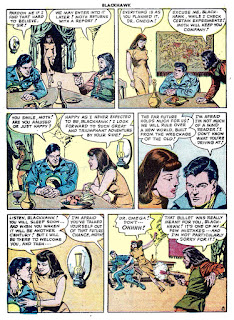 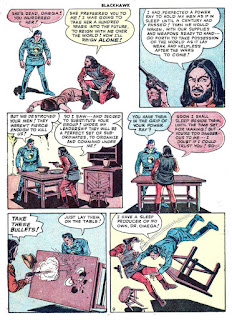 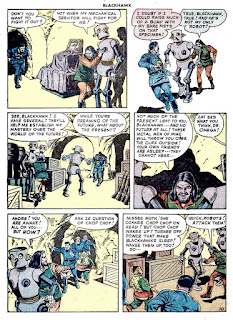 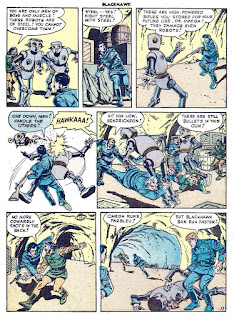 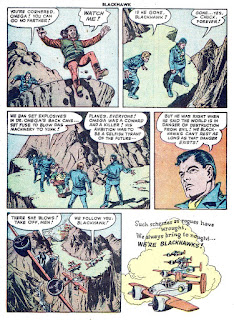 Well, thank goodness that the Blackhawks did away with all those inventions and supplies!

Anyway, it's good to see Crandall's work as he was approching his best.

The future of mankind seems bleak indeed. Dr. Omega had roughly a half dozen servants, and she's the only woman to be preserved for 100 years? Sure seems like a bottleneck to me.