Number 2325: Tarzan in the Ivory City...with The Strangler! 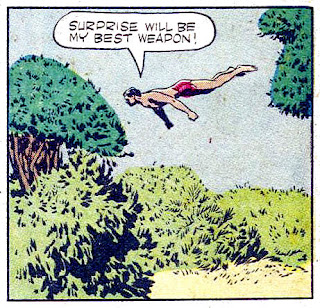 Going through my archives, I see I have posted Tarzan stories on 25 occasions. I enjoy the Tarzan comics, as I did the original novels and even an occasional movie.

The Tarzan novels featured several hidden civilizations in the jungle, and those cities figured into a lot of stories for the comics, also. In this story, Tarzan tracks his son who has been taken by slavers to the Ivory City. Tarzan doesn’t get a chance to save the lad before being himself thrown into a life-and-death fight with a gigantic, boastful gladiator called the Strangler. I particularly like this part of the story because it has a sense of humor. Strangler asks Tarzan which he would like pulled off first, an arm or a leg, and Tarzan just replies, “Take your choice.”  It is probably not a spoiler to reveal that Tarzan prevails, mainly because he is practiced in jungle judo.

The story is written by regular scripter Gaylord Dubois, and drawn by Jesse Marsh. It was published in Tarzan #19 (1951). 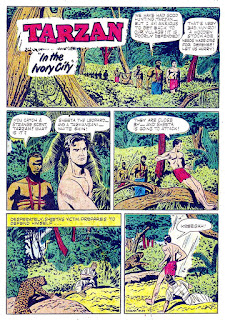 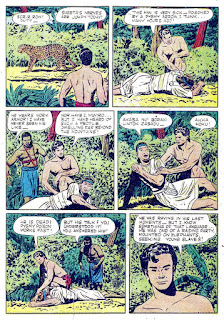 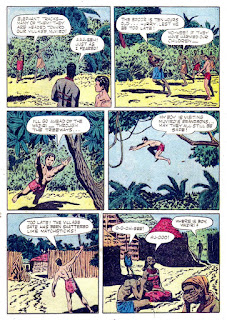 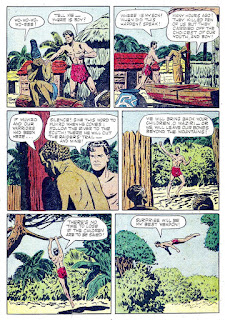 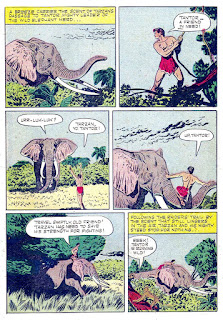 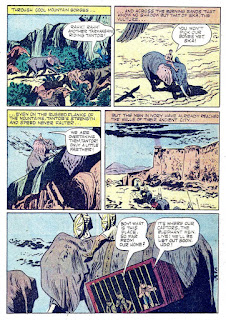 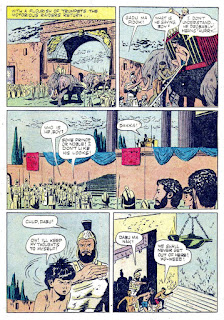 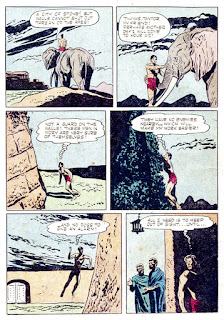 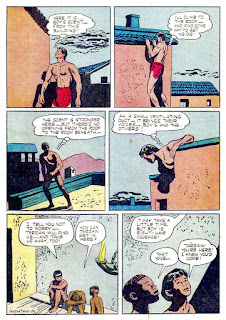 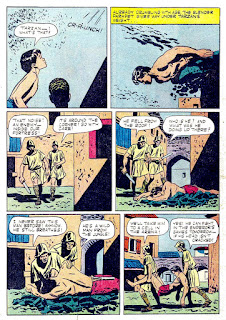 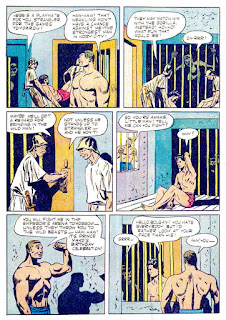 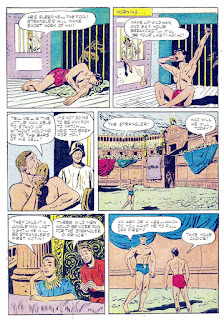 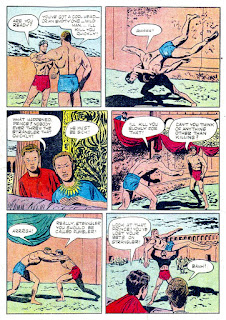 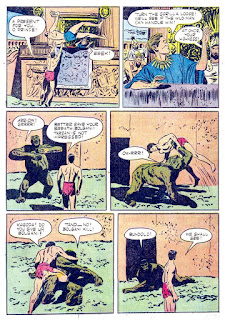 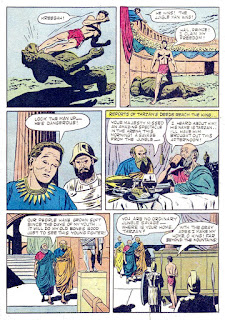 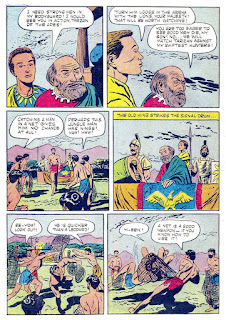 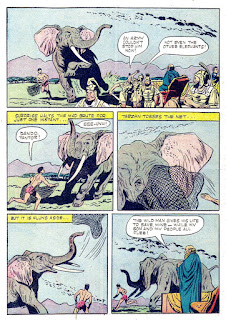 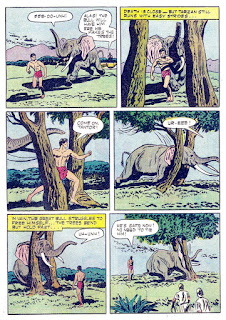 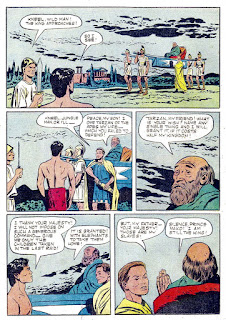 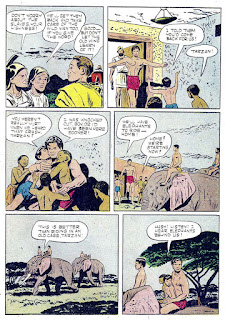 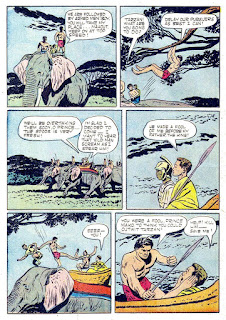 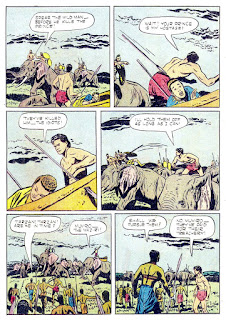 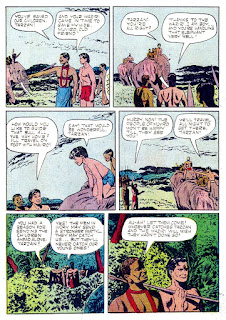 I showed the other Tarzan story from this issue a few years ago, which has Tarzan with dinosaurs. Along with lost cities, Tarzan was often involved with creatures and people from the lost land of Pal-Ul-Don. Just click on the thumbnail. 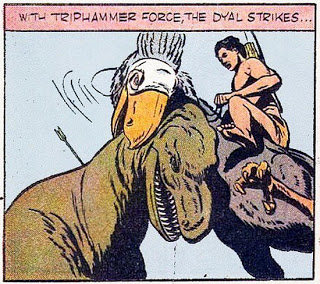 Hey Pappy. Sometimes people don't comment on these staid old Jesse Marsh Tarzan stories--I guess because there's not a whole lot to say about them? I guess they pretty much, in quality and content, perform according to expectation. Anyway, I figured I'd chime in because these (along with the Dick Briefer Frankensteins) are probably my top favorite things that I've learned about because of your blog. I enjoy each and every new Tarzan and John Carter post a whole lot. I go back and read (or at least look over the art of) Marsh's old posts in your vault pretty regularly.


So thanks for adding another one!

Cavin, you are obviously a gentleman of refinement and culture, and I consider your note to be a vindication of at least a couple of my choices to show on this blog.

Dick Briefer, for me, was a find in the 1970s when I first saw his funny Frankenstein comics. Then I saw his more traditional monster Frankenstein later on. I am fascinated by Briefer's work because unlike many other comic book artists he had a distinguishable style.

Marsh I came upon while searching for the latest issues of Batman or Superman on the comic book spinner around 1956-57.

Maybe I just have a thing for artists whose work doesn't look like everyone else's.

Thanks for your supportive note.