Number 2323: “The sweet torment of a strange new hunger!” 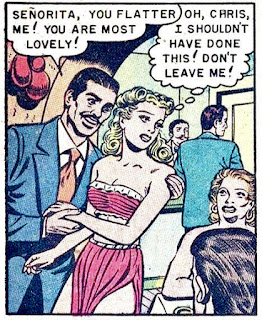 Mike just doesn’t move Arline, even though they are engaged. When a woman thinks “. . . I tried frantically to respond to the burning demand of his embrace! But I was untouched by his ardor. . .” then you think she wants to live in a romance novel, not a real-life romance with pitfalls and impediments to love. Arline and Mike are flying to South America to get married when a clogged fuel line puts them down on an island with some island rowdies who hang around bars. That’s when she meets Chris and falls for him, despite being torn between love and duty to her future husband, Mike.

“Derelict Bride,” the tale of Arline’s “strange new hunger” is from Quality Comics’ Love Scandals #5 (1950). It is not an untypical love comic story, but has some added cheesecake: Arline’s sexy costume when she agrees to sing in the nightclub, and a lingerie panel to add a bit more spice to the tale of two guys fighting for the love of a woman who might not deserve either one of them.

Sorry, although I know romance-starved readers would just love to know who wrote and drew this, it is unknown by the Grand Comics Database. 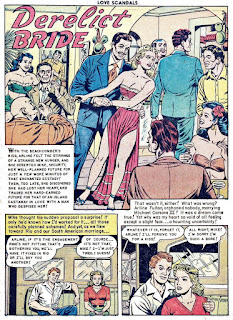 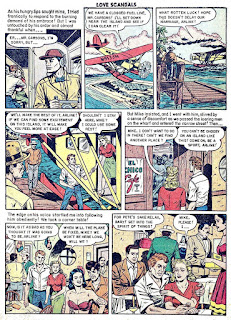 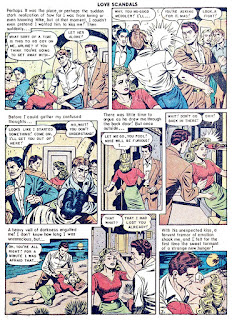 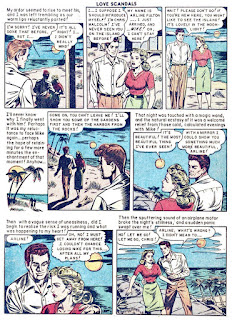 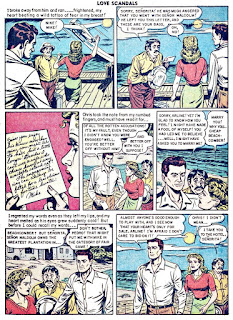 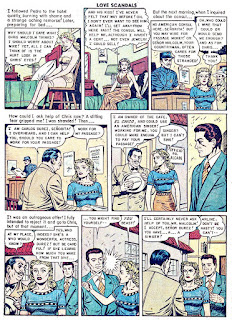 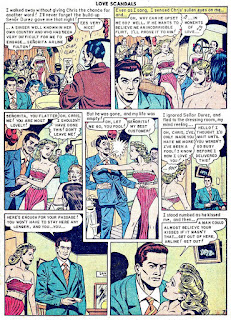 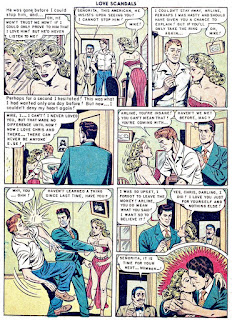 It looks like they're flying in a de Havilland DHC-2.

I don't see any reason why there would be an American consul in Puerto Rico, so I'll guess this is the Dominican Republic. There's no start mentioned, but the portion of their flight from there to Rio de Janeiro would be 3359mi. Flight time would be 23 hours in the DHC-2, plus they'd have to stop 6 times to refuel. (A previous 4 stops would have let them depart from NYC or thereabouts.) They're not on a lark!

Isn't it nice when gold-digging works out? Chris is probably wealthier than Mike.

Between 1930 and 1961, Santo Domingo was ruled by the dictator Rafael Trujillo.

Darci, aren't you a fount of information! You have knowledge of aircraft, air miles, re-fueling, and the history of a dictator...very impressive.

Thanks for the note, and for the reminder that I could do better on looking up information.