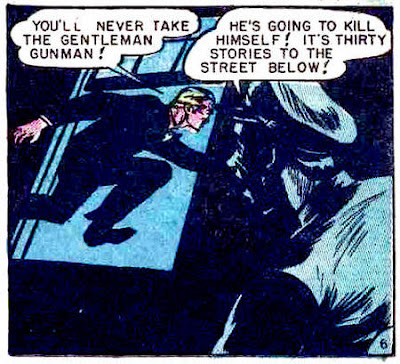 A couple of days ago I linked you to a circus story by Ghastly Graham Ingels. Here is a story by Ingels, before he became Ghastly.

Ingels joined the EC Comics crew early on, working for Bill Gaines and Al Feldstein on the comics they produced before they set off a bomb under the industry with their horror comics line.

“The Gentleman Gunman” is an expert safecracker who earns a lot of money with his nefarious endeavors. He also shoots anyone who stands between him and escape. He chooses to spend the stolen money on the good life and with the good life come women. Uh-oh. Distraction caused by sex is a good way to get a thief caught or killed. Not that I would know, heh-heh. I never stole anything in my life (too afraid of punishment). I was distracted by girls, but I got my money for a social life the old-fashioned way: My dad, Big Pappy, put me to work in his warehouse! 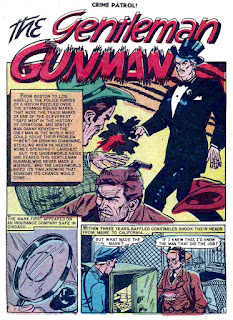 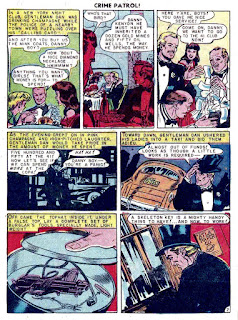 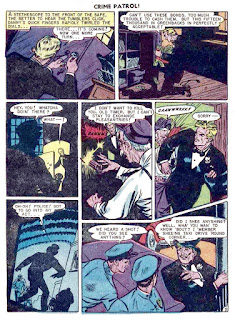 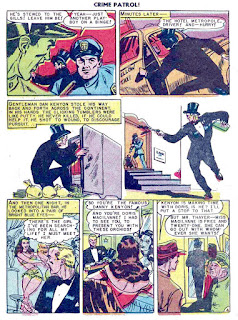 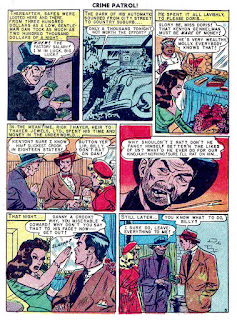 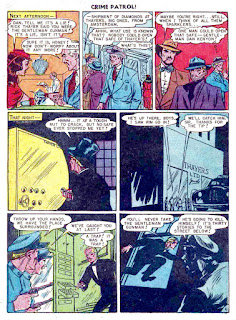 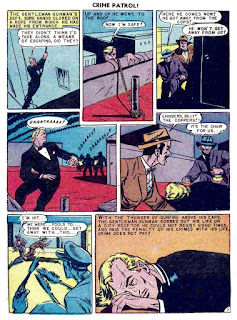 I *assume* the strange round marks was his stethoscope, but it's not made very clear, especially for the amount of time they pointed it out on the first page!

A fun little crime story. This was 49, Ghastly would steadily improve issue after issue, and especially during the horror comics. Still my favorite artist.