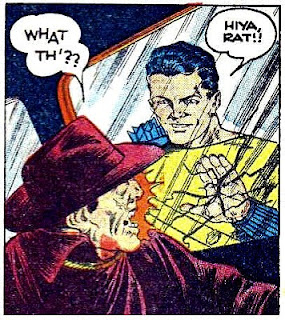 Alias the Spider...eh, not so much revulsion, but although he came from powerhouse Quality Comics, not such a long career. Here is what Don Markstein’s Toonopedia says: “He didn't have any superhuman abilities, or any special ones that were particularly spider-like. In fact, nothing about his appearance or actions suggested spiders, except naming his car (fastest in town, of course) The Black Widow. Apparently he just thought calling himself The Spider sounded cool.

Whatever the reason, the character was created by cartoonist Paul Gustavson, whose other creations for Quality include The Human Bomb and The Jester. Gustavson continued writing and drawing ‘Alias The Spider’ for about two and a half years, which was most of the time the feature lasted.” 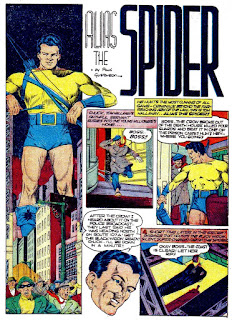 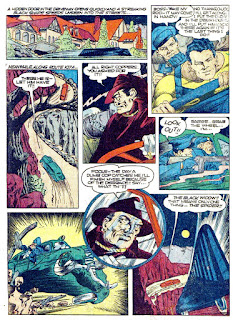 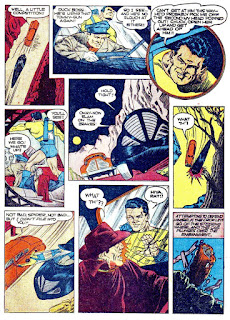 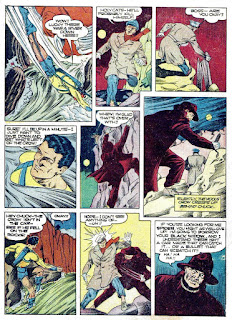 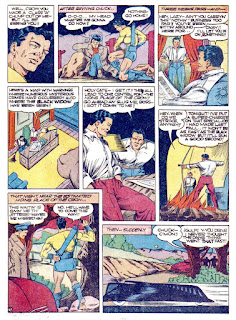 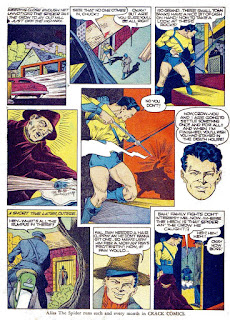 Nothin' like a bit o' torture-humor t' end a comic-book story on a bright note!