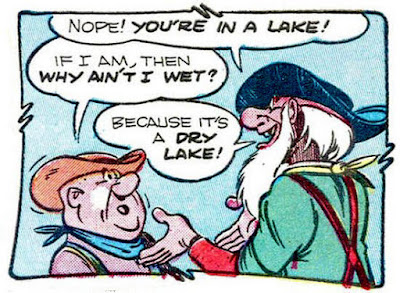 I hold animator/cartoonist Jack Bradbury in high regard. I think he was one of the top artists of funny animal comics in the late forties-early fifties. I love Bradbury’s art for the same reason I love Walt Kelly...their background in animation helped them give life to the characters, movement and action, even in the non-moving panels of the comics.

Jack died in 2004, but one of his sons has kept his spirit alive with a website devoted to his comic book work. Spunky, Junior Cowboy #3 (1949), the comic book from which today’s story was published, was created, written and drawn by Bradbury.

I showed this hilarious tall tale back in 2007. These are brand new, much superior scans, from my personal copy. 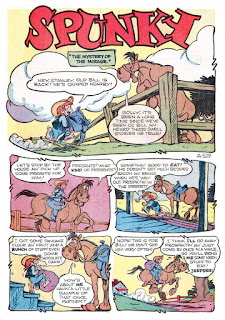 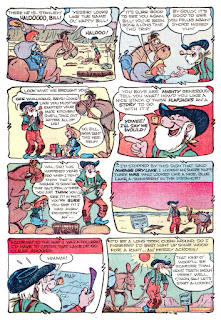 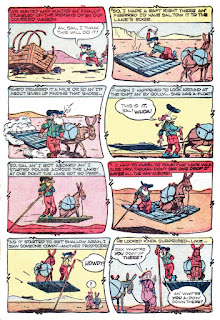 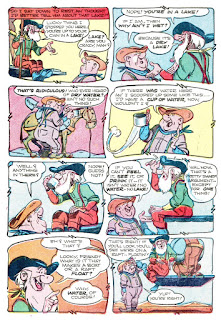 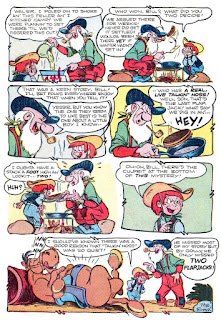 You can see more of Jack Bradbury’s funny animals in his Hepcats. Just click on the thumbnail: 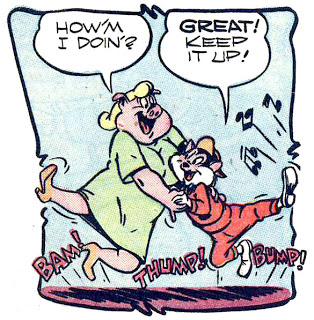