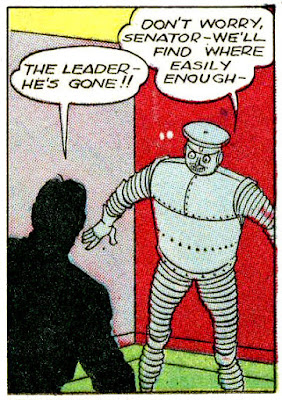 Bozo the Robot was “born” in Smash Comics #1 as “Hugh Hazzard and His Iron Man.” After awhile the feature’s name was changed to “Bozo the Robot.” Hugh and Bozo were created by artist George Brenner, whose career went back to the very early years of comic books. In 1943 Brenner took over the editor’s job at Quality, and lasted there until 1949.

Brenner died young, at age 43, of an apparent heart attack. Even his son, John, in an interview, has had trouble finding out more information about his father’s role in the history of comic books. You can read an interesting interview with John Brenner  at the Quality Companion blog.

Early comics often played fast and loose with the United States Constitution, or acted like it didn’t exist. There are all sorts of problems with the plot device of having a law passed with a penalty of immediate death for spies and saboteurs. [SPOILER!] Not only that, the villain here, Emil Kurt, is taken into custody by Bozo, found guilty and executed the same night by firing squad.[END SPOILER]  There is such a thing as due process, and it does not look like it was done in this case. A law like the one in this story would not get signed by any President of the U.S. Well...I sure hope not, anyway... 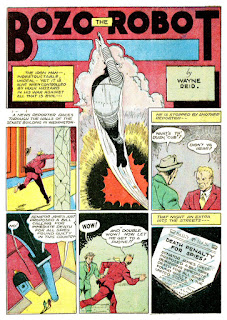 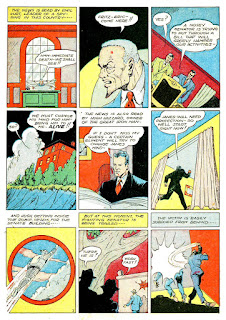 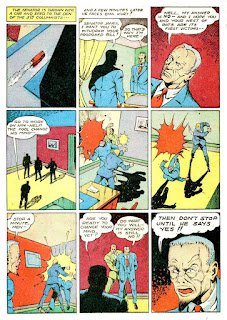 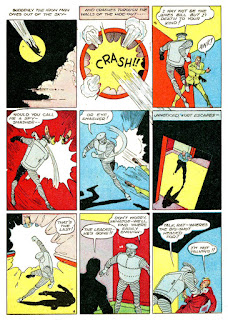 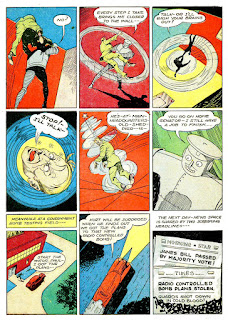 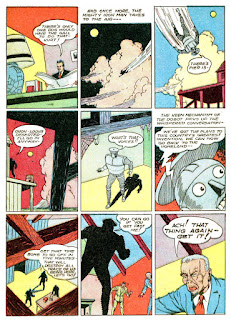 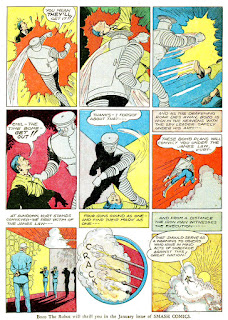 Roosevelt's commitment to the Constitution was nominal, and Ex parte Quirin illustrated the absence of real commitment in application to spies and to saboteurs. Roosevelt wanted all of the accused — including Dasch — killed, come Hell or high water. Thank G_d a Janes Act never reached his desk, as the Supreme Court showed a decided lack of courage in deciding Quirin!

Tangentially, I note that Churchill wanted to have an electric chair quickly transported to wherever Hitler were held after capture, and for him then to be summarily executed with it. (The United Kingdom didn't use electrocution as a means of execution; I guess that Churchill thought electrocution especially dire. Hitler feared the humiliation of being placed on public display, and probably would have welcomed a summary execution.)