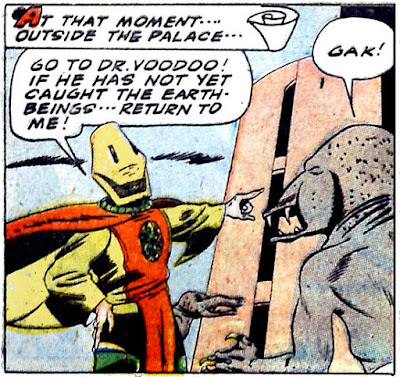 Oh, wonderful Wonderman. As I explained in 2013 in another post (see link below), this character has grown on me over the years. I have either seen the light behind the madness of the Wonderman stories, or dementia is overtaking me and the stories now make sense.

Drawn by Bob Oksner, with no scripter listed by the Grand Comics Database. Cover by Alex Schomburg. From Wonder Comics #9 (1946). 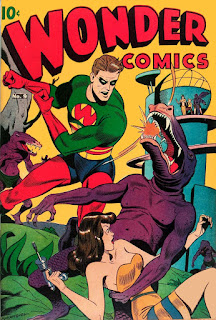 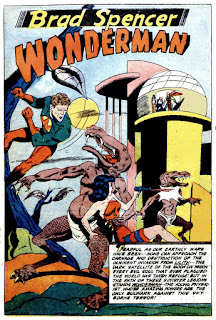 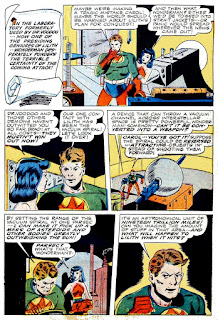 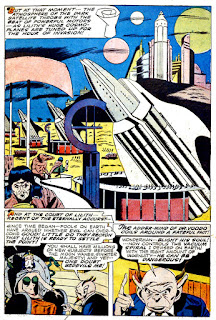 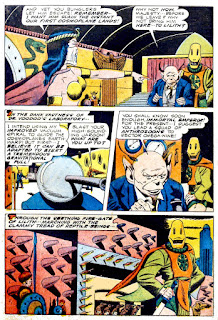 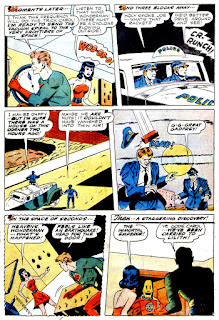 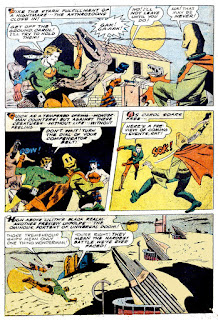 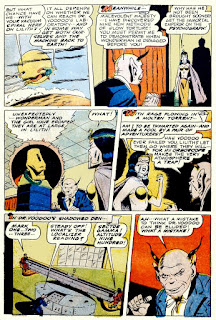 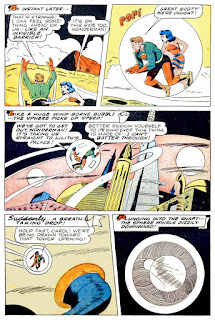 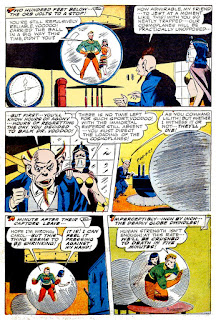 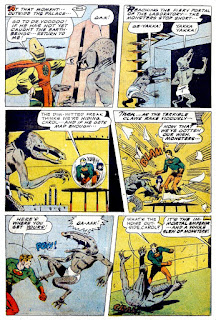 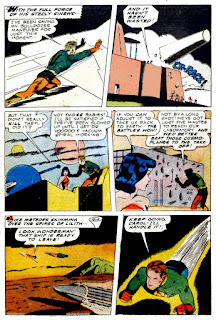 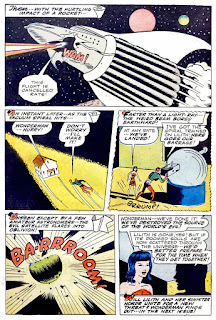 Another Wonderman story, originally posted in 2013: 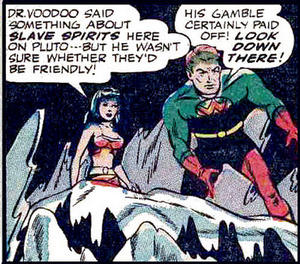 If America is going to get a fascist narcissistic nitwit as leader, why can't we get Lilith instead? One is actually hot!*

* will become evidence if I cross a border!

** sorry for the politics, couldn't resist!

Brian, if you get in trouble with the government I don't know you, savvy?

Unlike Han Solo, Brad Spencer knows what a parsec is. (It's actually cool to measure time in terms of distance, but the conversion factor is the inverse of the speed of light in vacuum; Solo would have been talking about spending less that 39 years but presumably more that 35 years to make the Kessel Run.)

Sadly, Brad doesn't in fact have much clue as to what dumping a mass greater than that of our sun onto a satellite of Luna would do. Farewell to Earth! Farewell to the other planetary bodies! And — wow! — Sol is gonna get a lot bigger!

To me, these stories seem themselves very much like some of what was being published in the early golden age, in which magic, religion, folklore, and science fantasy were all combined as if in a dream. The difference with Wonderman from those earlier efforts is that the illustration is better.

When I was younger, I wanted a wider appreciation of what could be done when comic books were well produced. That day came. Comic books that weren't what I wanted people to see no longer obstruct the view.

Smiley Face and the Tighty Whitey Allig80r Men look like they stepped out of an issue of Flaming Carrot!

Alicia! Bless you, and the gods of synchronicity! Just yesterday I went into my basement Vault of Horror to find my issues of Flaming Carrot. It has been years since I read them. And then, here came your message. Great minds think alike, eh?