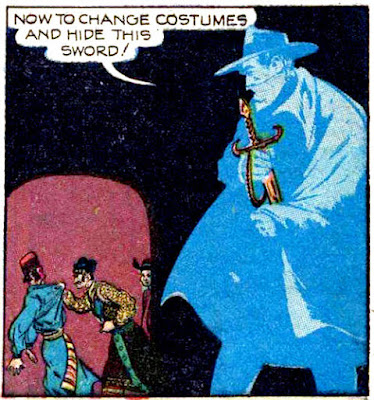 I owned a copy of this issue of The Shadow when I was a young teenager. Someone traded it to me with the promise that it had “the greatest art job Bob Powell ever did!” I knew Bob Powell’s art, and when I received Shadow Comics #78 (1947) in the mail I agreed it was an outstanding job. It didn’t stop me from trading it for something else soon after I read it. After all the years between then and now I got a sense of nostalgia when I found scans online.

The story, “The Sacred Sword of Sanjorojo” is about a thorium trade with a foreign power. In order to sign the treaty, a small country’s leader is replaced by a double. (Only in fiction would this work.) The Shadow intercedes and solves the problem. It has a reference to the Shadow’s “dark cloak” as his method of invisibility...and here I thought he had the power to cloud men’s minds. Or is it just my mind that is clouded? 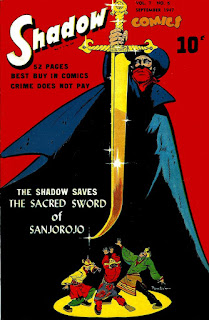 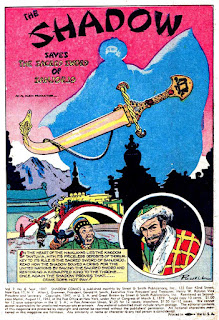 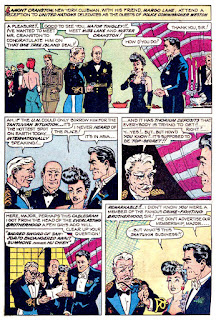 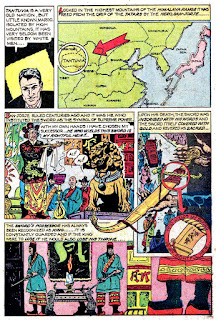 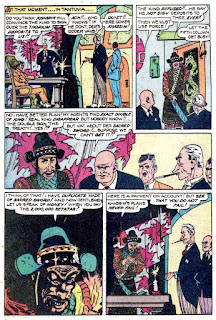 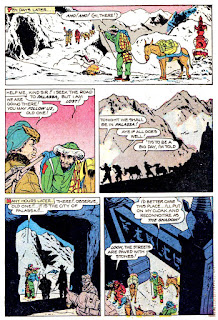 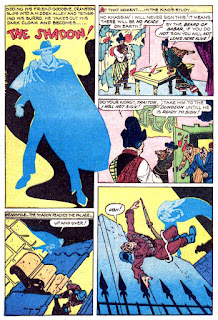 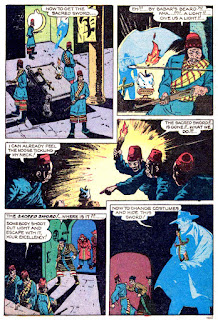 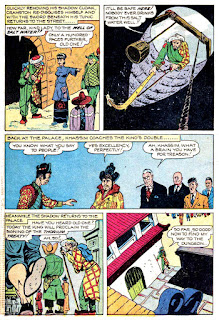 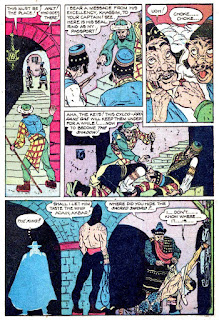 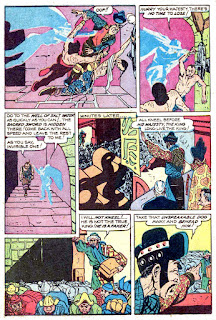 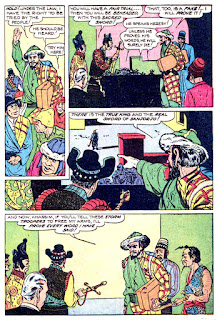 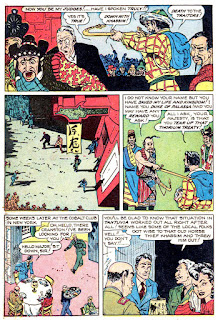 Nice & a beautiful cover!! Thanks.

Lamont Cranston did indeed have "the power to cloud men's minds so they cannot see him." But that was in the radio version. In comics, poor Lamont would have to have "invisibility rays" pouring out of his head and filling the panel constantly.

Opening question (radio): "Who knows -- what evil LURKS -- in the hearts of men?"
Closing Statement: "The weed of crime bears bitter fruit. Crime -- does not Pay!"
Rejoinder to both: "The Shadow knows!!! (intimidating laughter)"

(Fun fact: I owned a cat named Margot, named after Margot Lane, because her first day in my home she hid and could not be found until night. Struck me as Shadowesque behavior.)

drewcomix, thanks for the note. I haven't heard a Shadow radio program in many years, but even while listening to them I was mentally comparing them to the novels, which I was reading in paperback form. In the novels the Shadow became "invisible" by blending in with the shadows.

With your story of Margot the cat, you reminded me in 1970 I had two cats, one named Lamont because he was totally black and disappeared from view when standing in shadow at night, and one cat named Doc, after Doc Savage, for his gold-colored eyes.