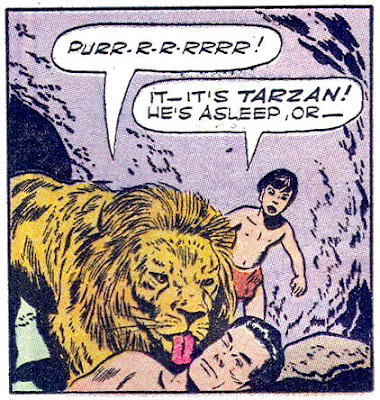 As a character in the Dell Comics version of Tarzan, Boy was a holdover from the Tarzan movies. Tarzan and Jane’s offspring, according to Edgar Rice Burroughs’ Son of Tarzan (1917) was Jack Clayton (also known as Korak the Killer). Quoting Wikipedia:

“In the Johnny Weissmuller Tarzan films, Korak was replaced by an adopted son called Boy (played by Johnny Sheffield). Tarzan and Jane never married in these films (they do in the books), and the substitution was made to avoid censorship. In the Dell comic books of the fifties, which combine material from the books and the films, Tarzan's son was also called Boy. When the Tarzan comics returned to a more faithful portrayal of Burroughs' characters in the early 1960s, Boy disappeared and Tarzan's son was called Korak, who went on to be featured in his own comic book.”

In “Tarzan Fulfills a Promise” from Tarzan’s Jungle Annual #1 (1952), Boy takes off with Tarzan for the City of Gold, Cathne. I notice they don’t tell Jane they are leaving, or where they are going. The poor woman must have been frantic! 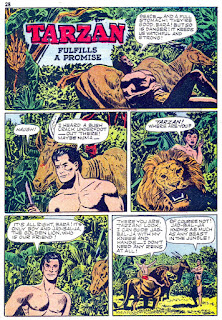 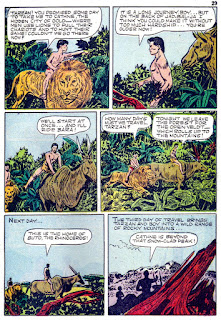 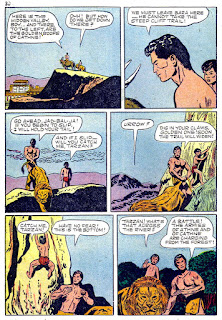 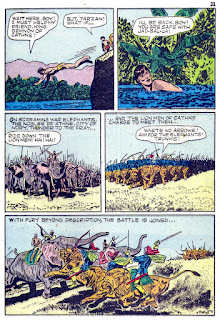 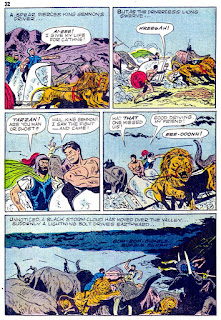 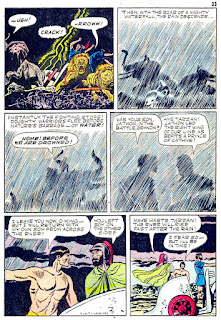 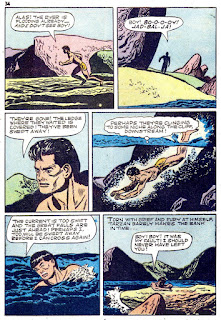 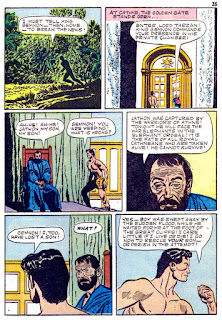 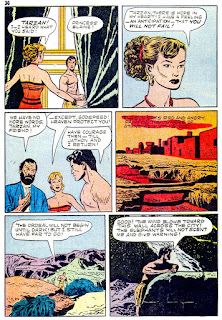 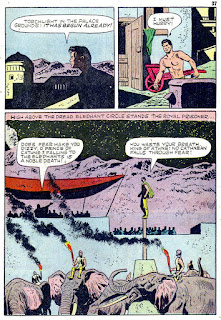 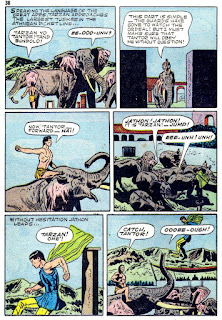 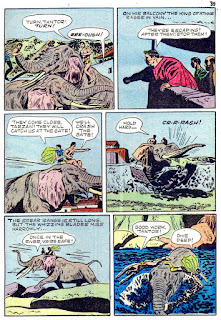 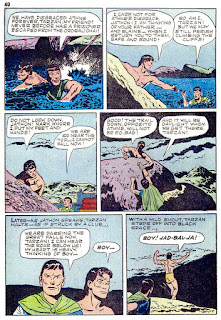 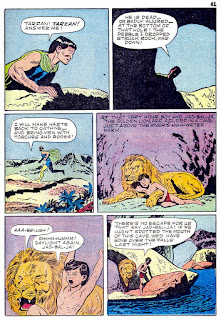 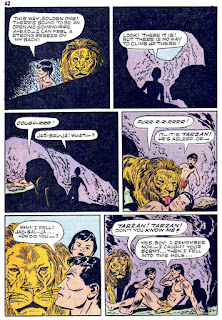 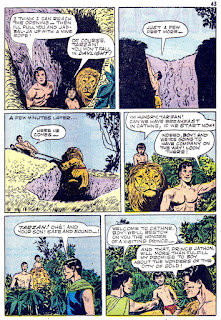 Boy didn't exactly disappear. In an ish of TARZAN contemporaneous with KORAK #1, Boy says that Tarzan should start calling him Korak. And in KORAK #1, Jane comments that Boy wants to be called Korak. So...there you go.

I must admit Jesse Marsh as a Tarzan artist is an acquired taste because one is not used to a Caniff style aimed at the Jungle Lord whom we all have previously associated with Foster, Hogarth, Kubert, Buscema and Manning. However, Marsh's compositions in terms of balance between the black areas areas and the white areas remind me of Hugo Pratt on Corto Maltese. His rendering of animals is also quite excellent. As a result, Tarzan fans should all take another look at Jesse Marsh.

Darkmark, thanks. What I remember about Korak #1 was that I was glad he wasn't going to be called "Boy" anymore.

Neil, as someone who has always liked the Caniff style, I appreciated Marsh's work. In retrospect it seems unusual that Dell would assign such a high profile and already popular character to a style much different than the newspaper comics. I assume, without really knowing, that Edgar Rice Burroughs, Inc., in licensing the character to Dell, would have had to have okayed Dell's choice to both write and draw the comic books.