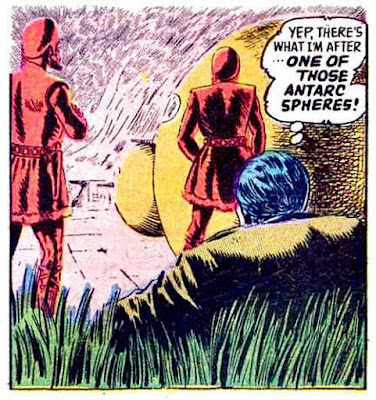 Commander Bill Battle, captain of the famous atomic sub, is a smart guy! In the face of an attack by spheres sent by an underground Antarctic (“Antarcs”) civilization, only Bill is smart enough to figure out what to do. And luckily, he has the pull to get it done. When a man’s only boss is the President of the United States that gives him a lot of clout. Bill really has President Ike’s confidence. Bill can order up a special atomic shell to fight the enemy. He can come up with a scheme to have his sub picked up and flown into what looks like a sure suicide mission, dropped directly onto the ice with an idea to plow through and detonate the new atomic shell! I am surprised Bill Battle just doesn’t run for President and still keep his atomic sub command. There would then be no need to have a middle man for his outrageous plans. (Not discussed is who exactly is he blowing up with his atomic device. A whole civilization including innocents as well as warriors? Better not to get into moral dilemmas like that; it would just slow the breakneck pace.)

This exercise in over-the-top storytelling is from ACG’s Commander Battle and the Atomic Sub #6 (1955). It was produced after the Comics Code was implemented, but the Code didn’t have any powers to prevent wild plots like this. Artwork is by Kenneth Landau. 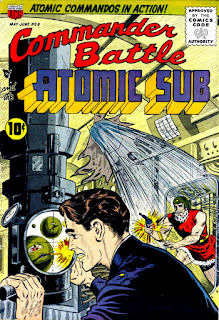 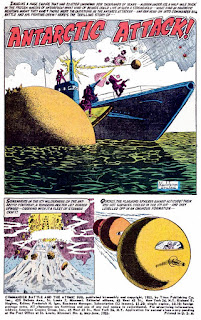 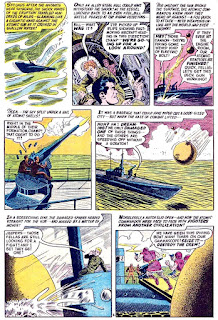 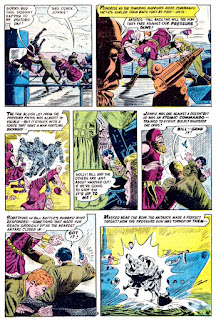 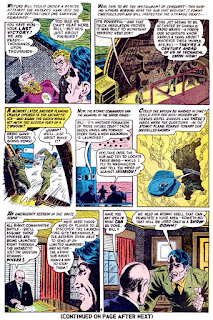 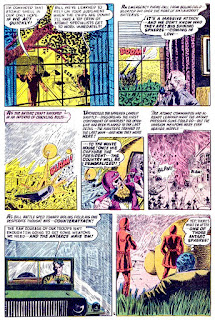 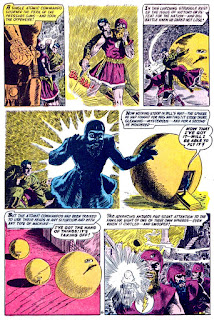 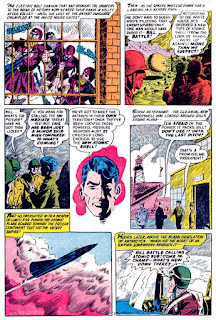 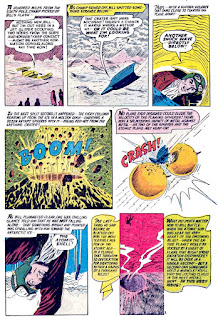 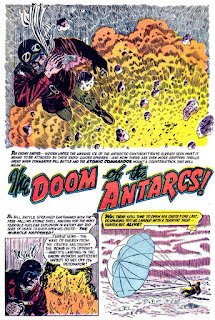 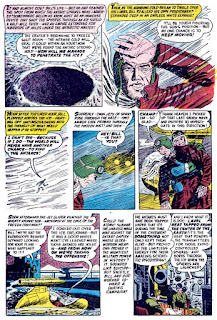 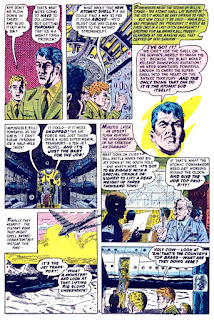 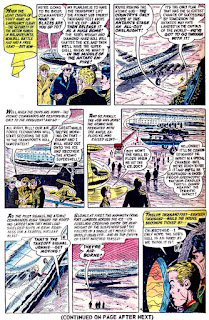 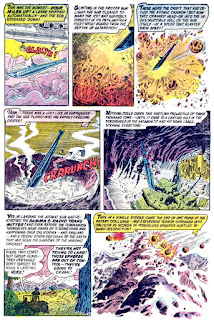 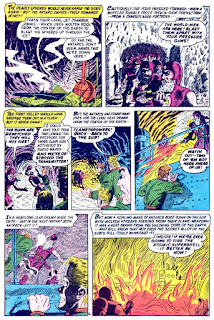 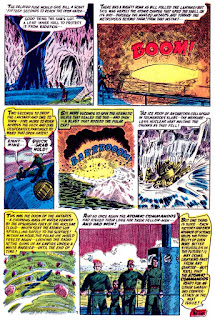 In case you missed it this past October, click on the link for a trip to the moon by the Atomic Sub:

Well… lot's of… uhm… slam-bang here. Not much of anything else.