This 1937 story from Funny Picture Stories #3 gives us an Indiana Jones-type, Dick Kent, with his gang of fellow adventurers, looking for a hidden city in Mexico, and of course for gold. In its way it is pure B.S. (Before Superman), when comic books were full of ideas that were at home in pulp magazines and B-movies, rather than superheroes in long underwear. There weren’t a lot of comic books on the stands that published original material, so it was a time when they were attempting to grab a foothold in the magazine business. “Tyrant’s Gold” is drawn (and perhaps also written) by Arthur Pinajian, who later did “Madam Fatal,” and after comic books lived a life making paintings that no one saw until years after his death. The group of adventurers Pinajian drew looks more like a bowling team to me, and perhaps he was drawing people he knew. For a short story it has coincidences, a jungle city, a threat of human sacrifice, and a slaughter of Indians who are guarding their property (the gold), and how the white men killed them to get that gold. In terms of quality the contents of Funny Picture Stories were uneven throughout the magazine. In no cases would any of the stories be considered “funny.”

I guess having the Indians (dressed in armor for which the artist apparently used no references in drawing) about to sacrifice them makes it okay for the white guys to kill them and make off with their gold. Other races were props for white guys to use and dispose of without conscience. Like I said, pure B.S. For me it is interesting in trying to create a new medium for storytelling that was born of comic strips, but with much less space in which to tell its stories. 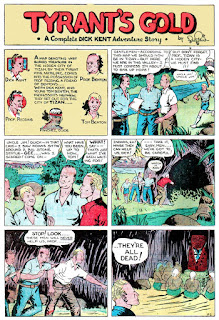 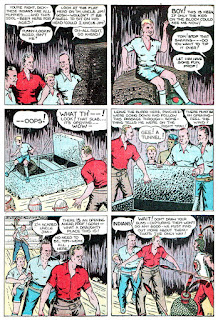 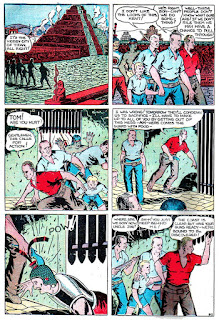 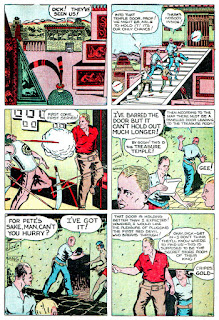 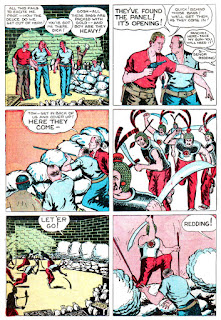 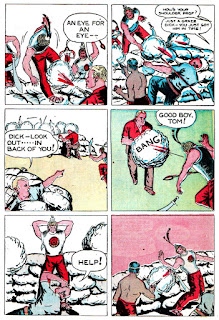 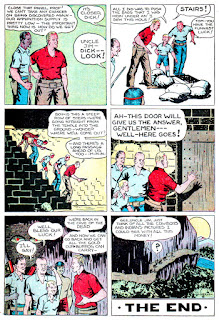