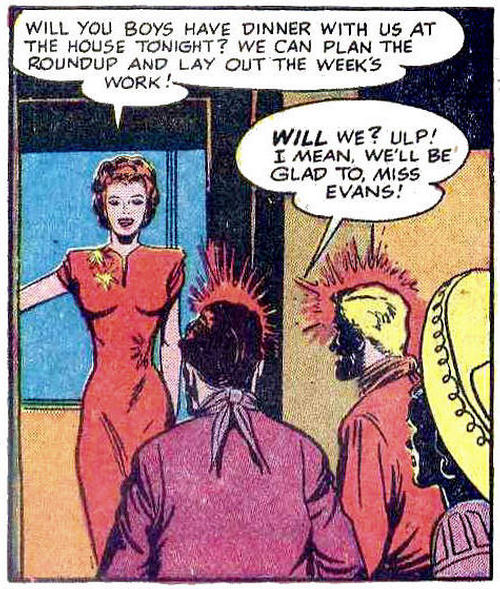 This is the second of our three-part theme week, Deceased Comics, featuring material from comics no longer published by DC Comics. Today we have a story from Dale Evans Comics. DC published 24 issues from 1948 to 1952. (It was taken up again in 1954-1959 by Dell Comics as Queen Of the West, Dale Evans, for another 24 issues.)

Dale, born in Texas, with a pretty face and body and able to sing, seemed perfect for Hollywood, especially in singing cowboy movies. It is where she met Roy Rogers, whom she eventually married. As her biographical information states, she was his third wife, he was her fourth husband. This seventh-time-is-the-charm marriage worked for both of them.They remained married until Roy died in 1998. Dale died in 2001.

As you can see by this photo, Dale held her own in the glamor department in the thirties and forties.

That fits into our story today, originally published in Dale Evans Comics #2 (1948). Dale notices two of her ranch hands going bug-nutty over a señorita, so she gets into the act of distracting them in her slinkiest red gown. Yowza!  Roy must have been out of town that week!

The Grand Comics Database identifies the writer as likely being Ryerson Johnson, who wrote most of the early issues, and the art is attributed to Jim McArdle. 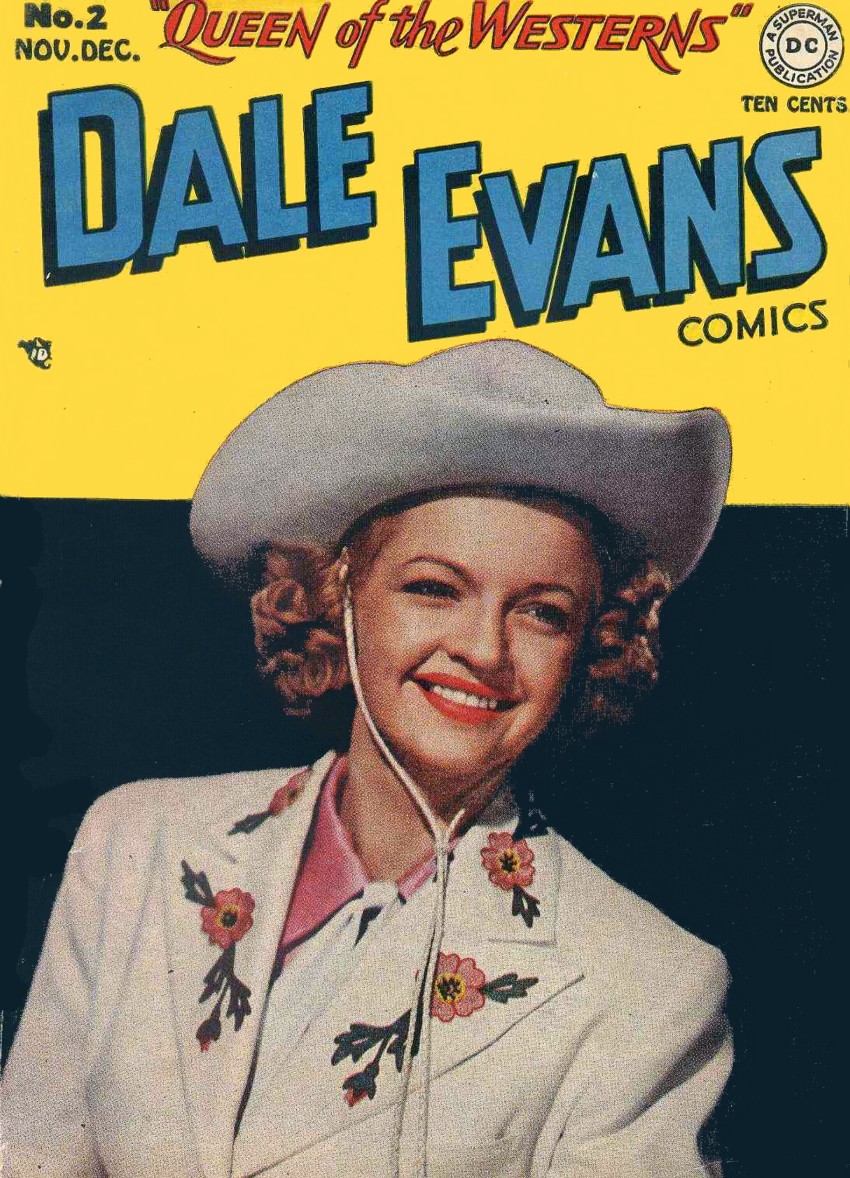 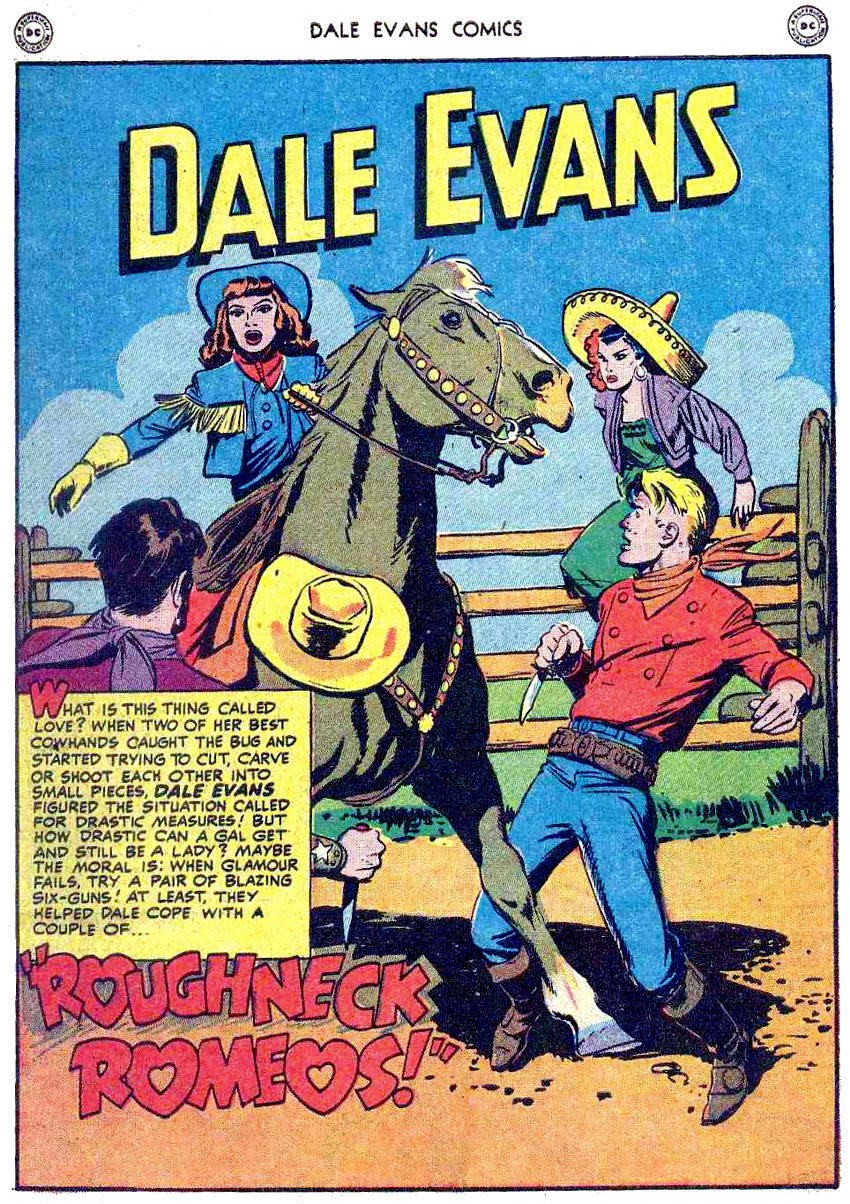 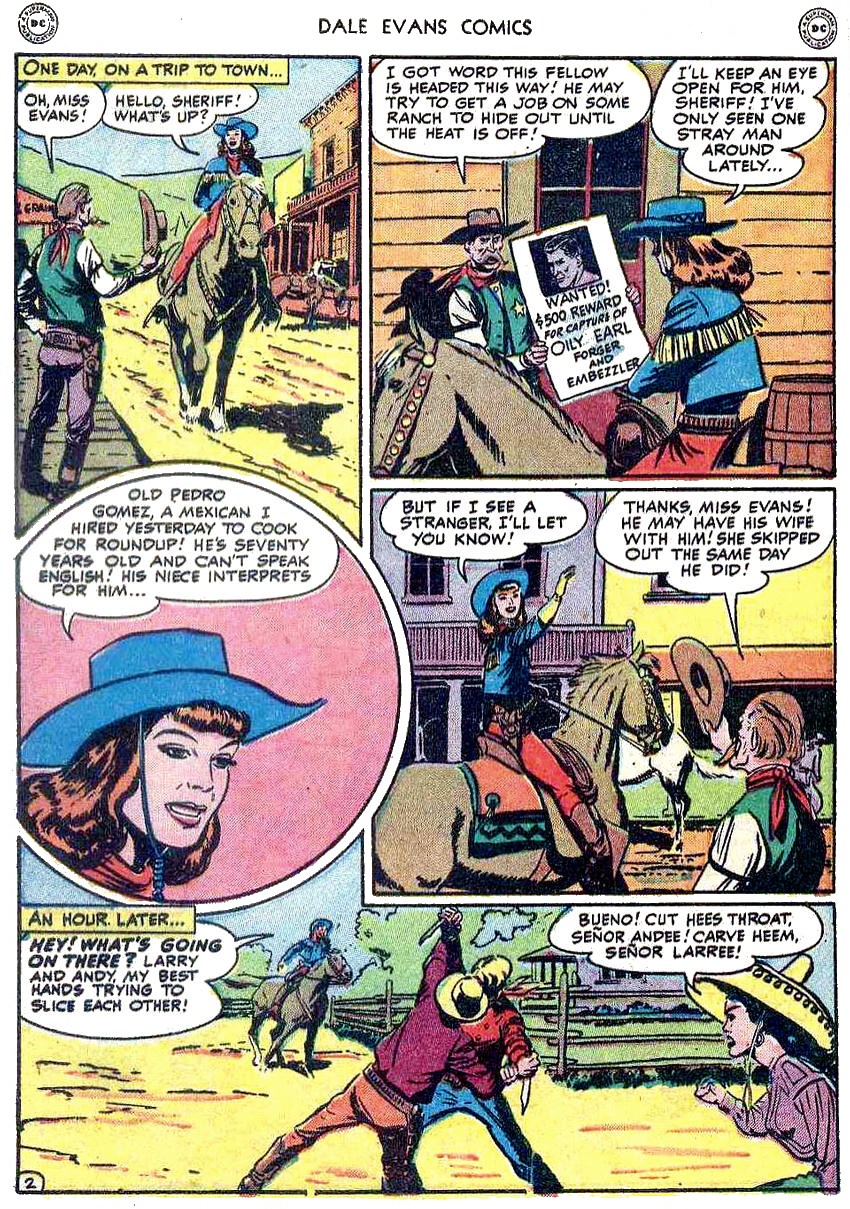 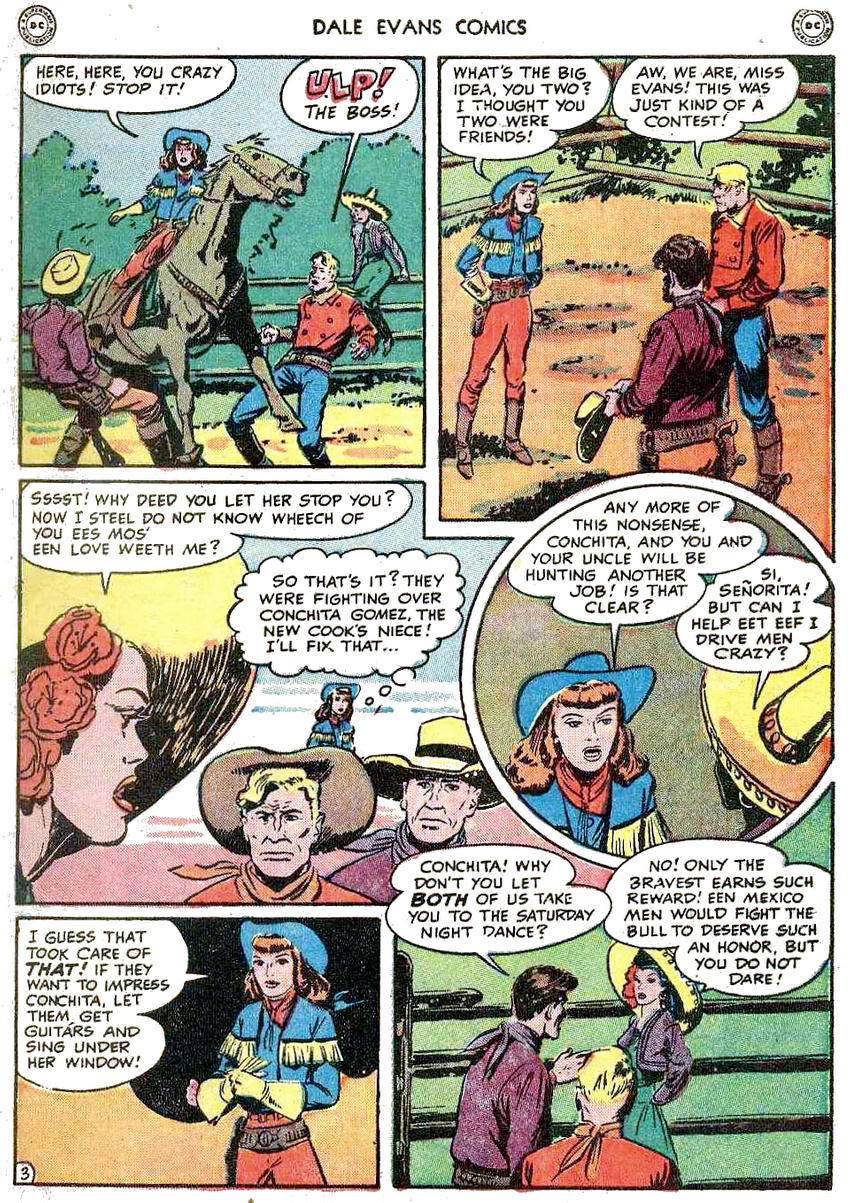 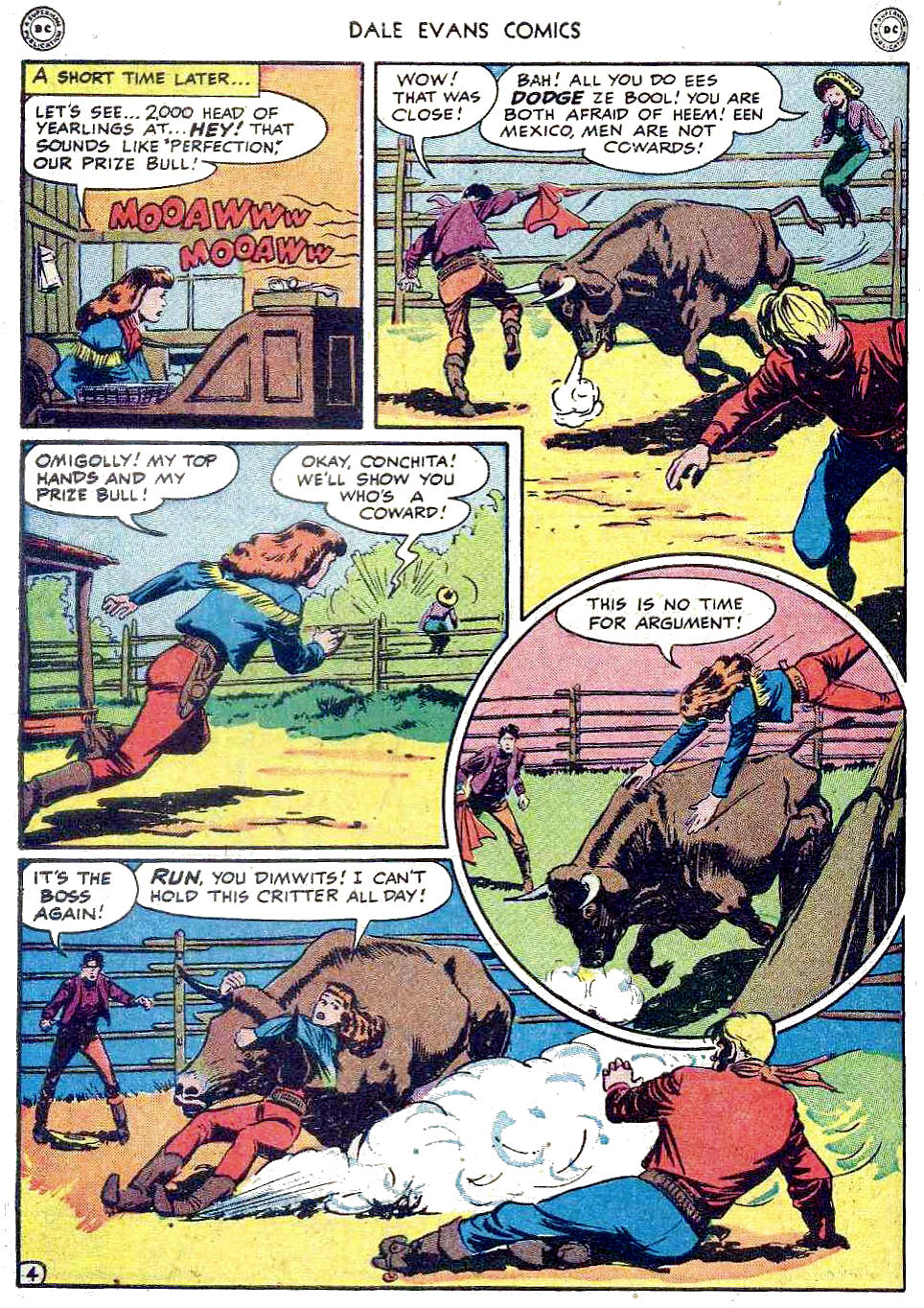 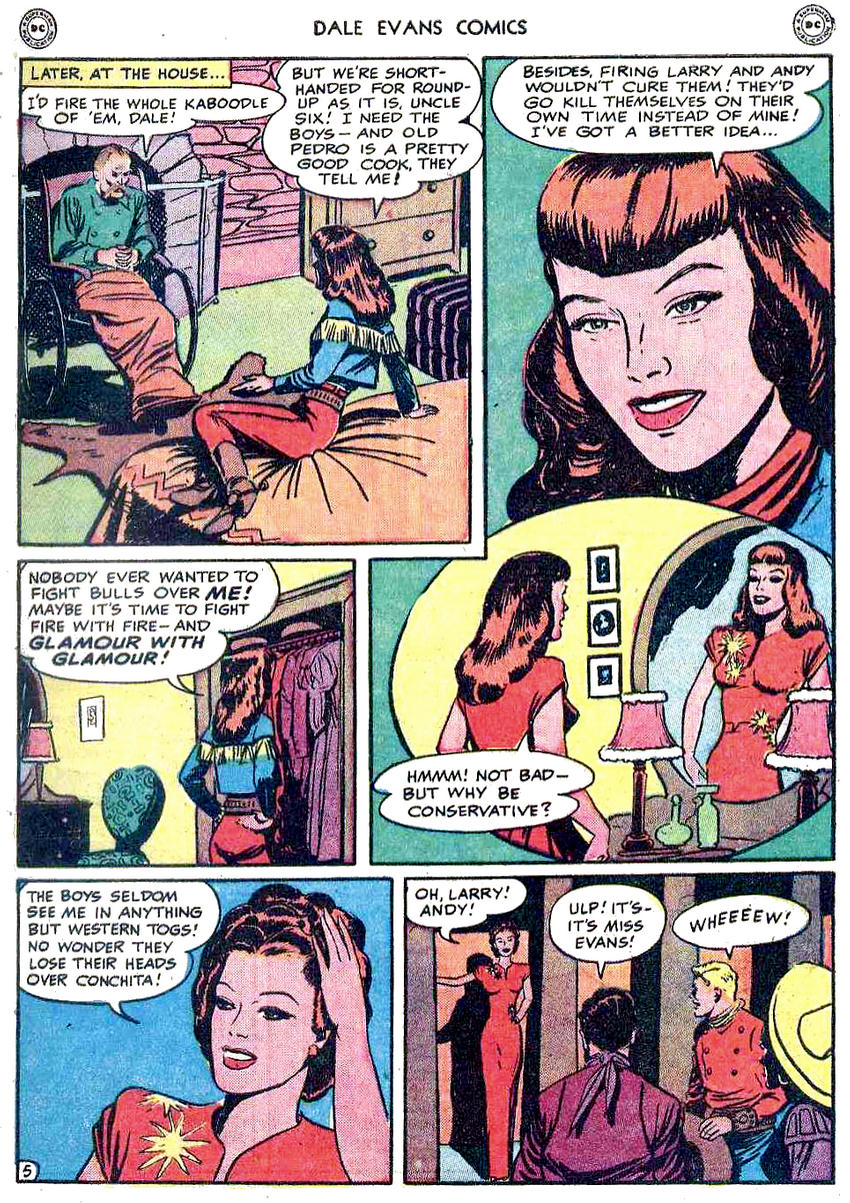 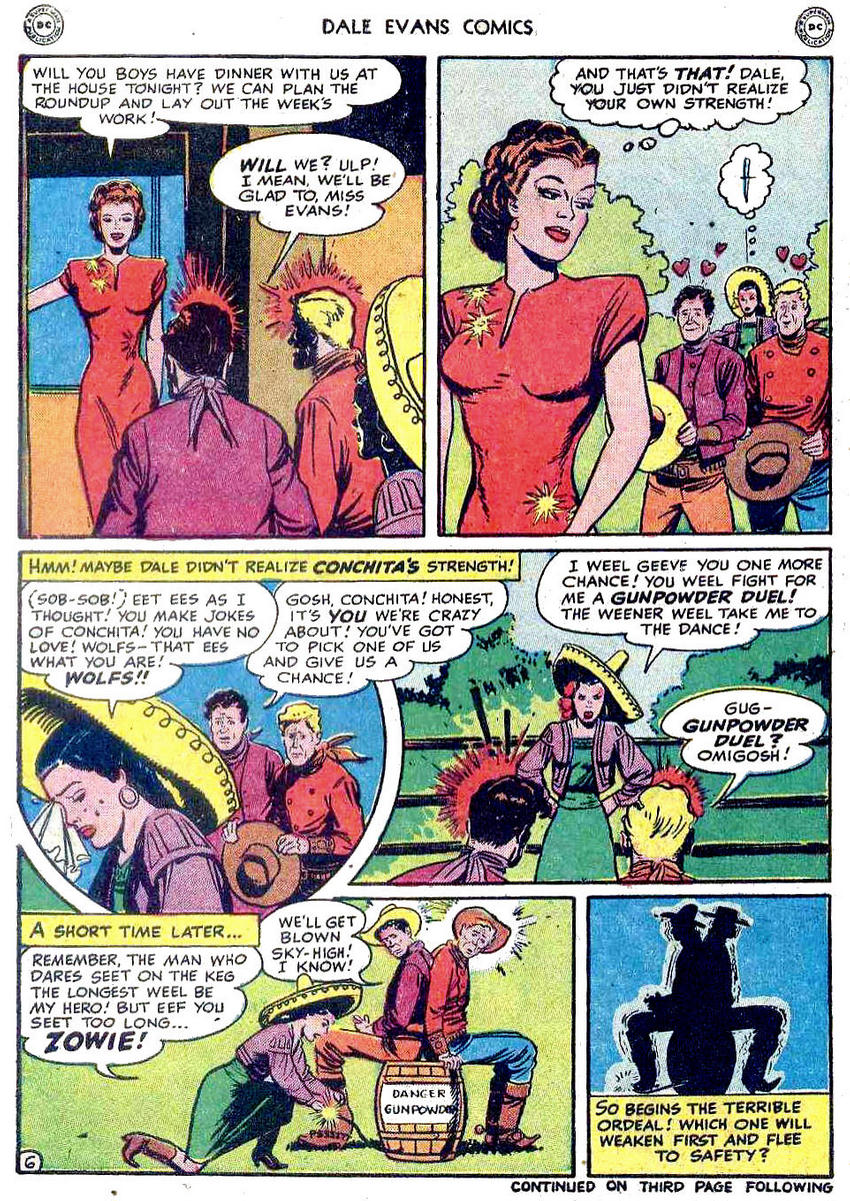 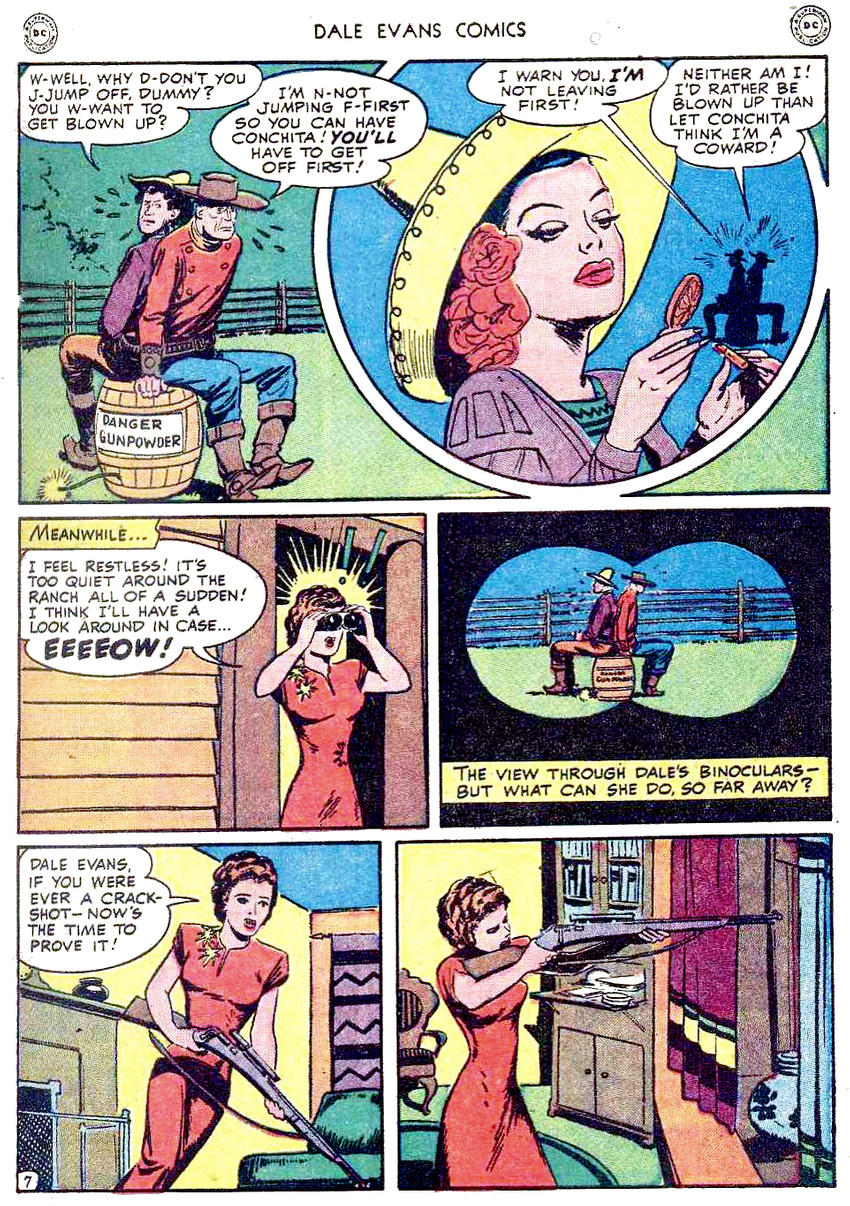 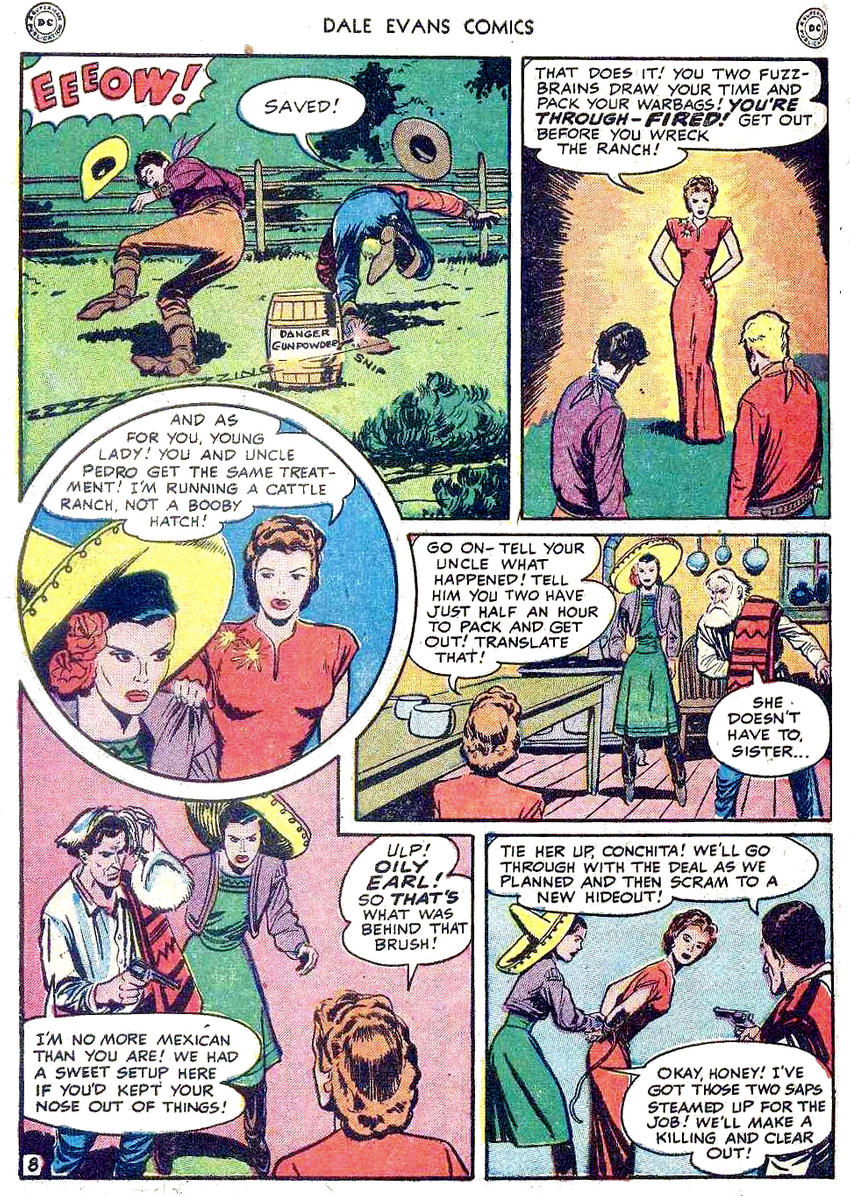 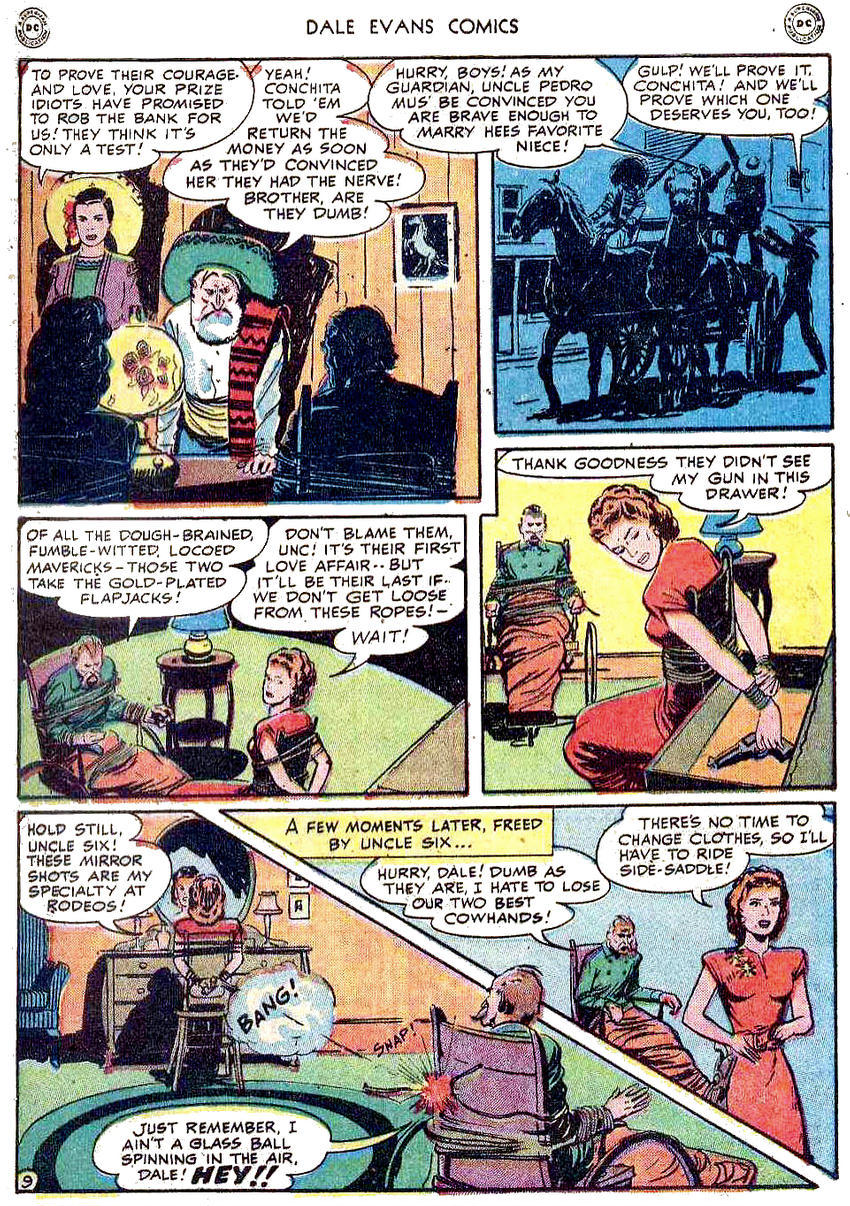 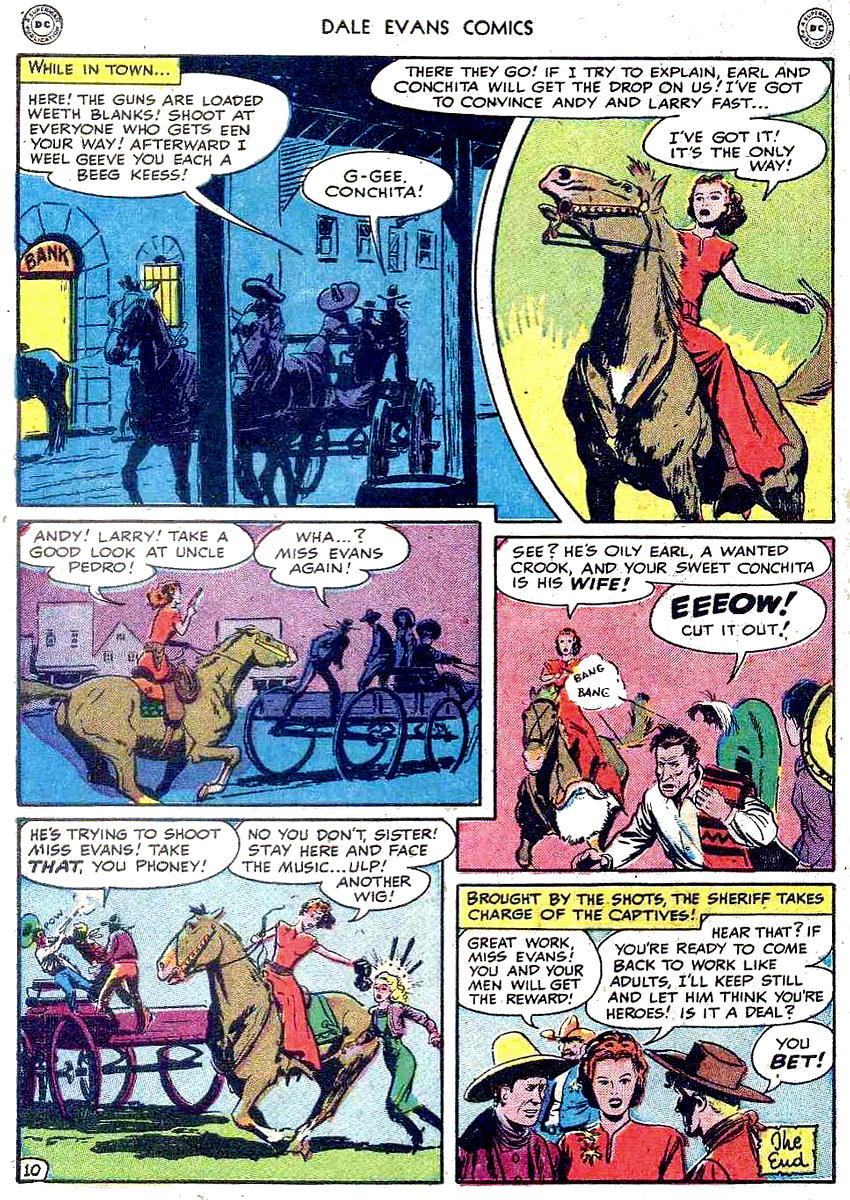 Here is another Dale Evans story, where she once again charms some local yokels. Just click on the thumbnail. 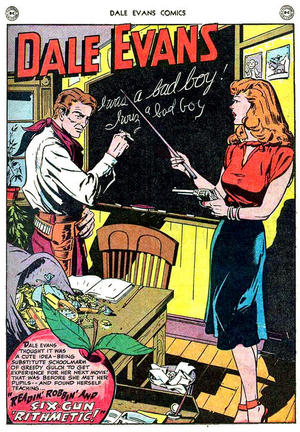