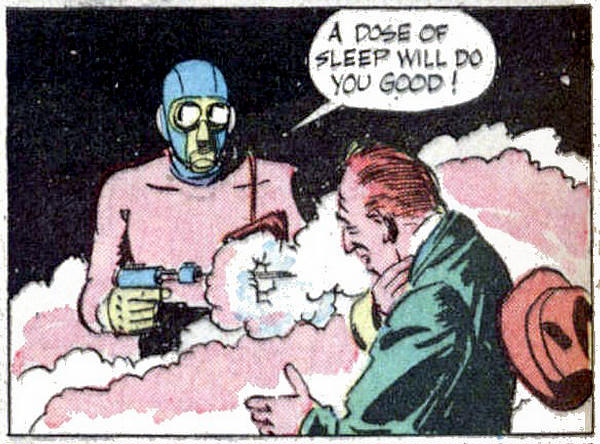 There have been several incarnations of the Sandman in the past 75 years, all for DC Comics. This is the first, written by Gardner Fox and drawn by Bert Christman. It appeared in the giant  New York Worlds Fair Comics, in 1939.

According to information I have collected online about this story, it was the first Sandman to appear, although not the first drawn. That was published in Adventure Comics #40, which appeared a mere couple of weeks after the World’s Fair tie-in. The Sandman, Wesley Dodds, was yet another rich guy who went out and dispensed justice. The character, as with many early comic book characters of the era, was directly inspired by pulp magazines.

Christman was an obvious professional whose slick drawings were in the style of Milton Caniff’s Terry and the Pirates. He had drawn the Scorchy Smith newspaper strip for a time. His life and career were cut short by World War II. A volunteer member of the famous Flying Tigers, Christman was shot down over Burma and killed in January, 1942. A short biography of Christman is available at the online Warbird Forum. 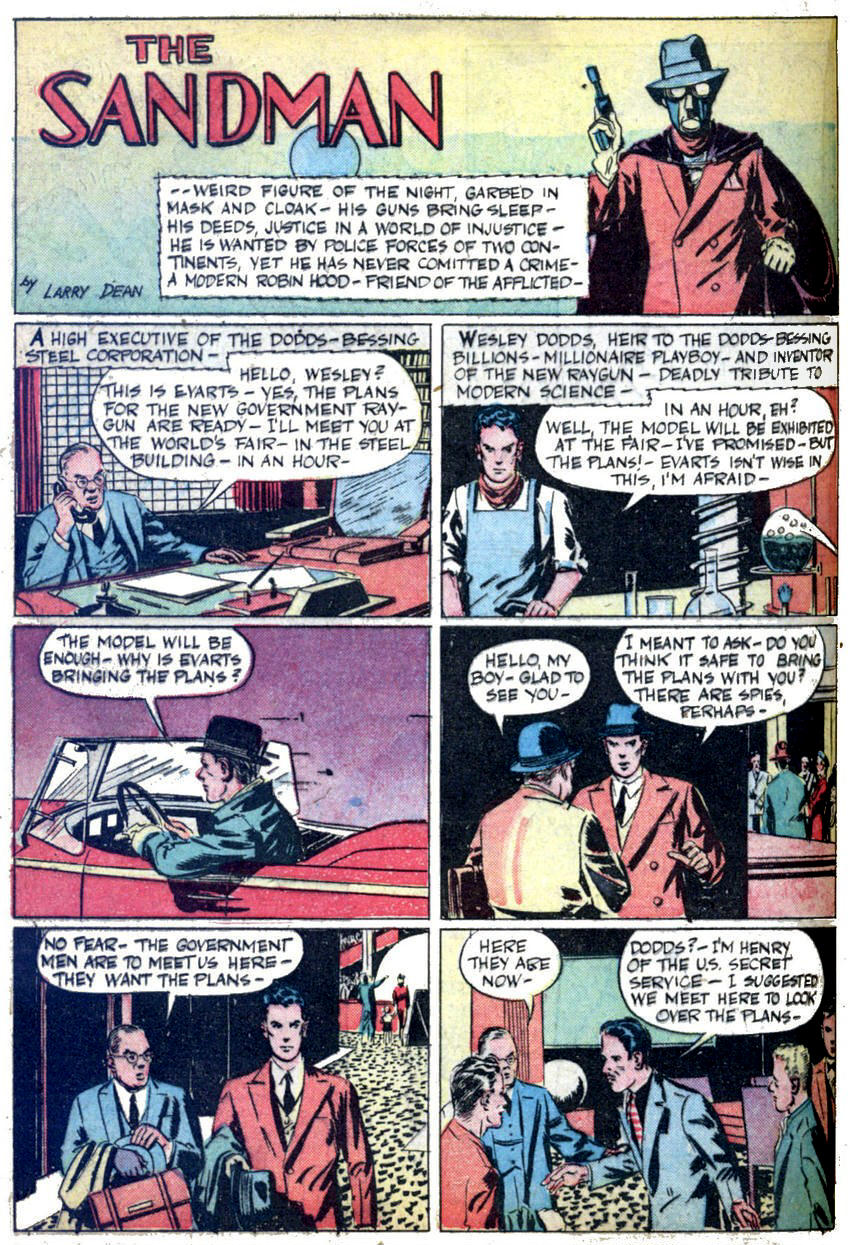 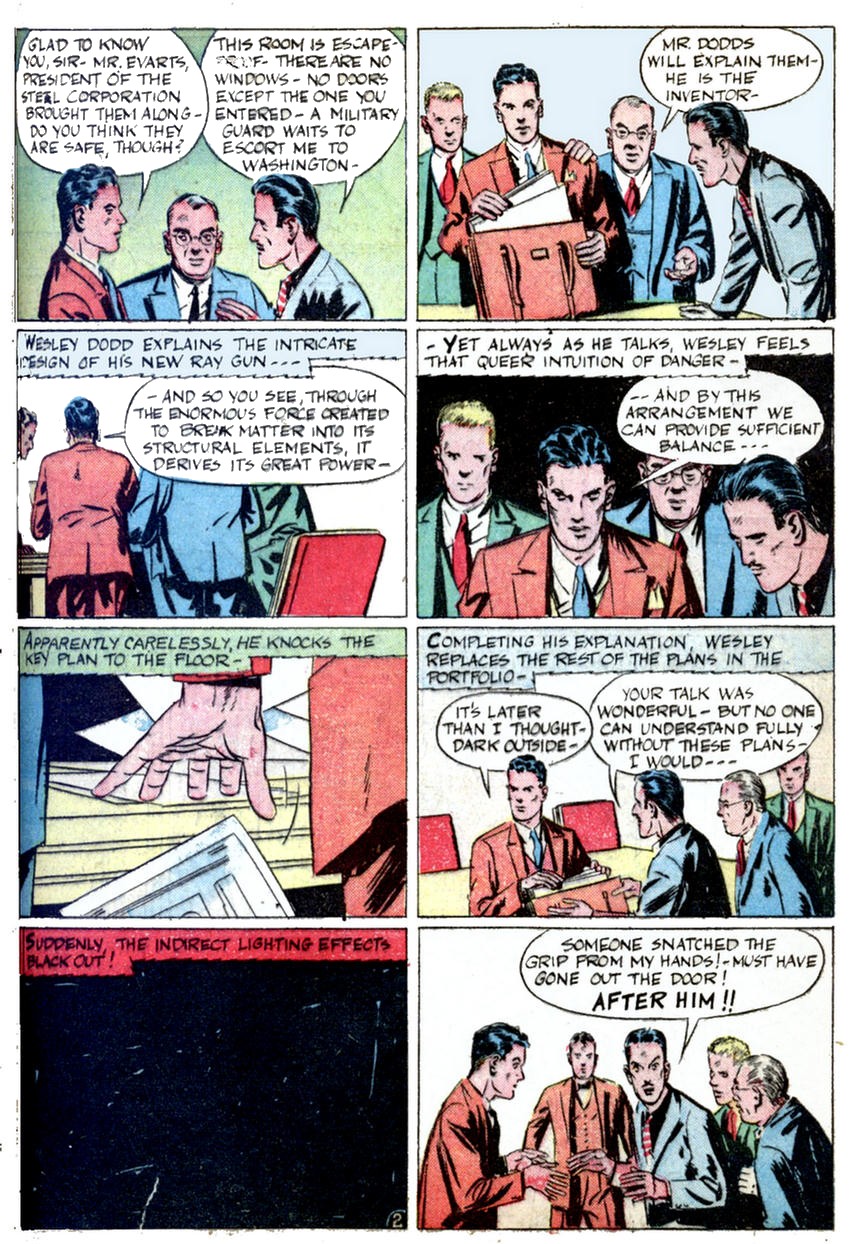 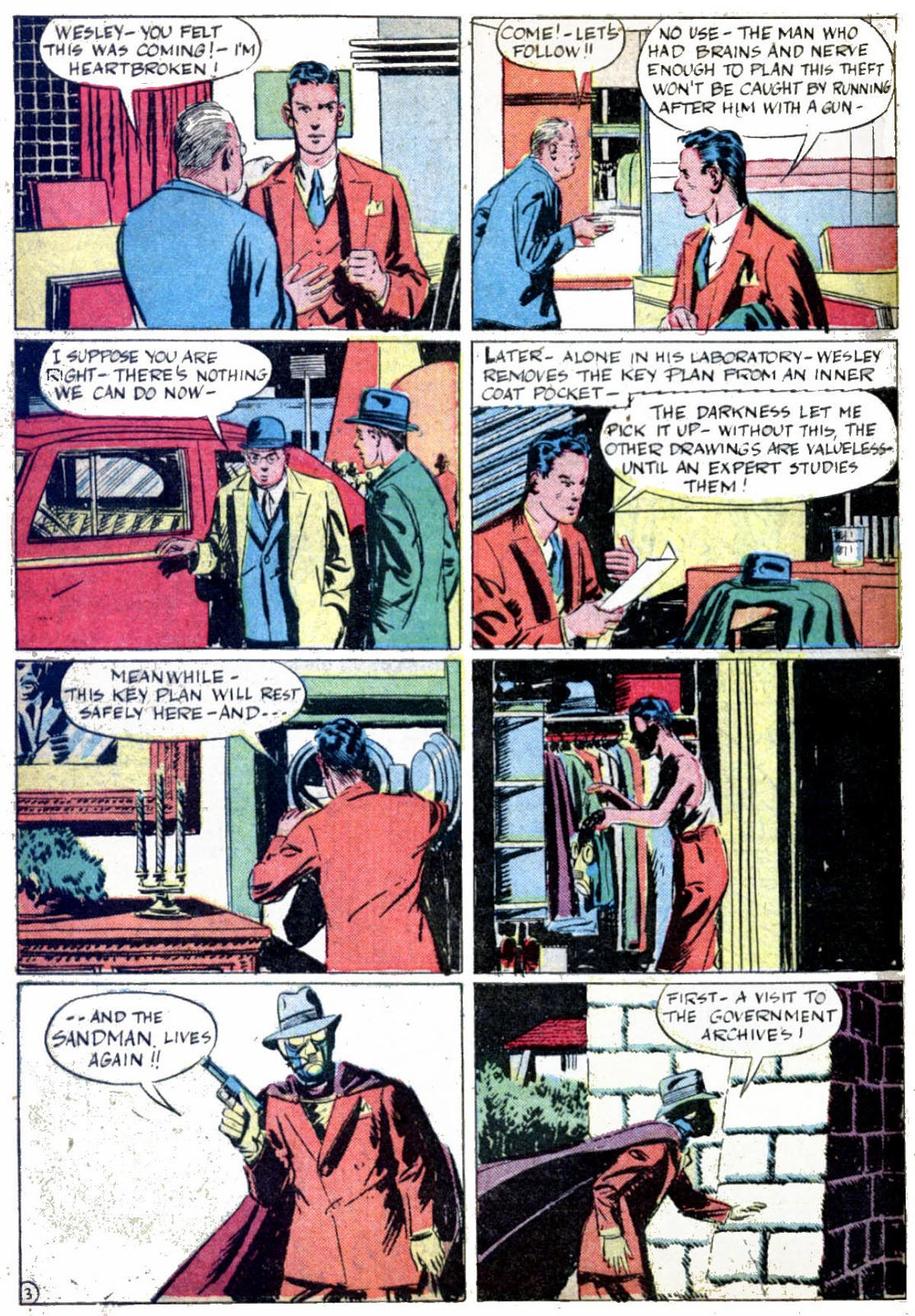 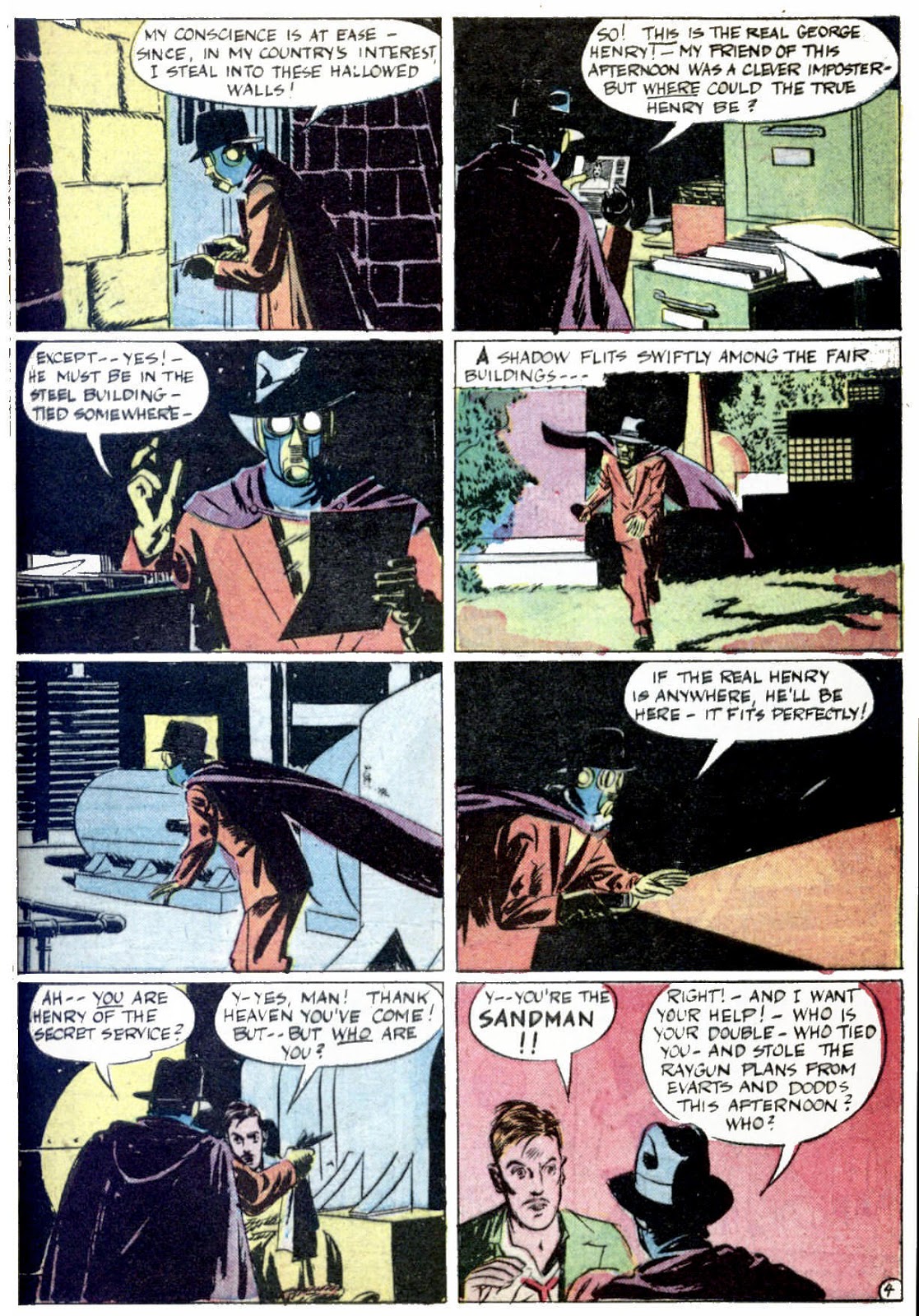 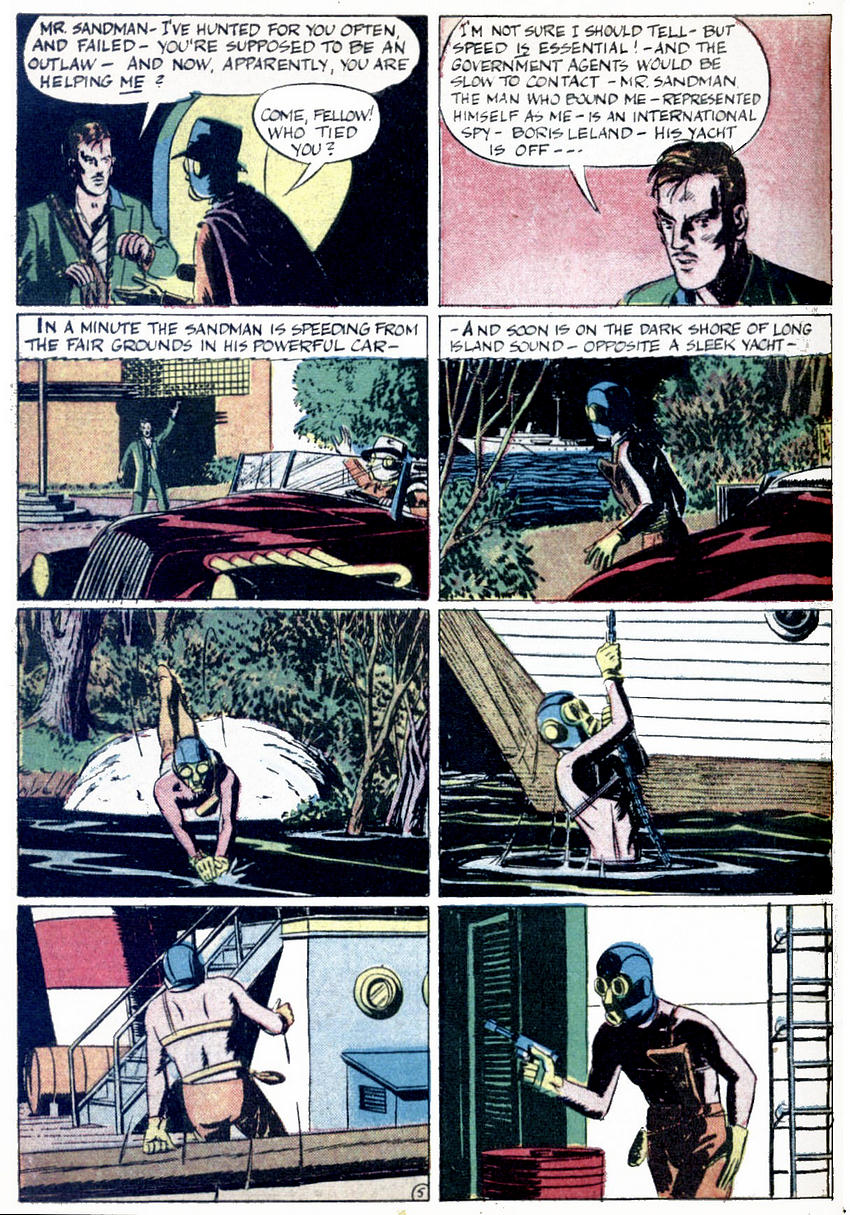 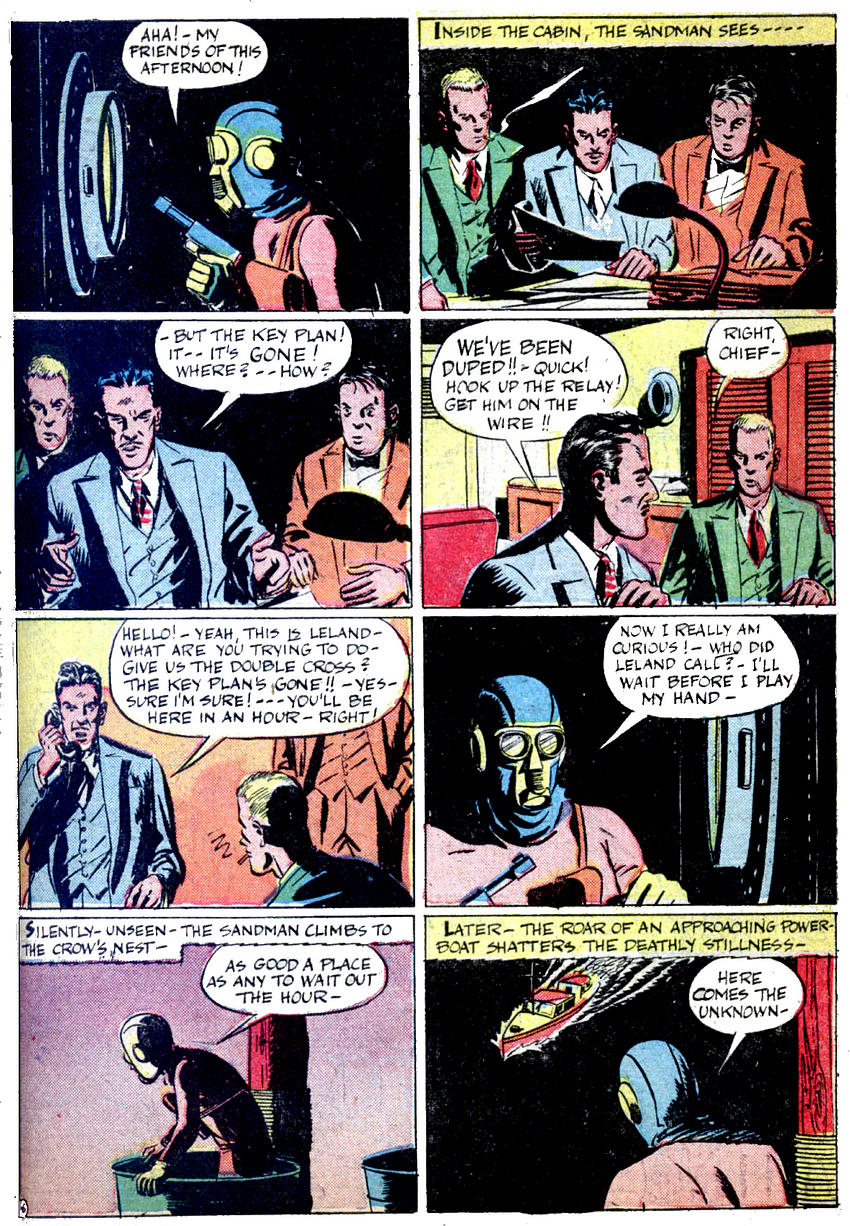 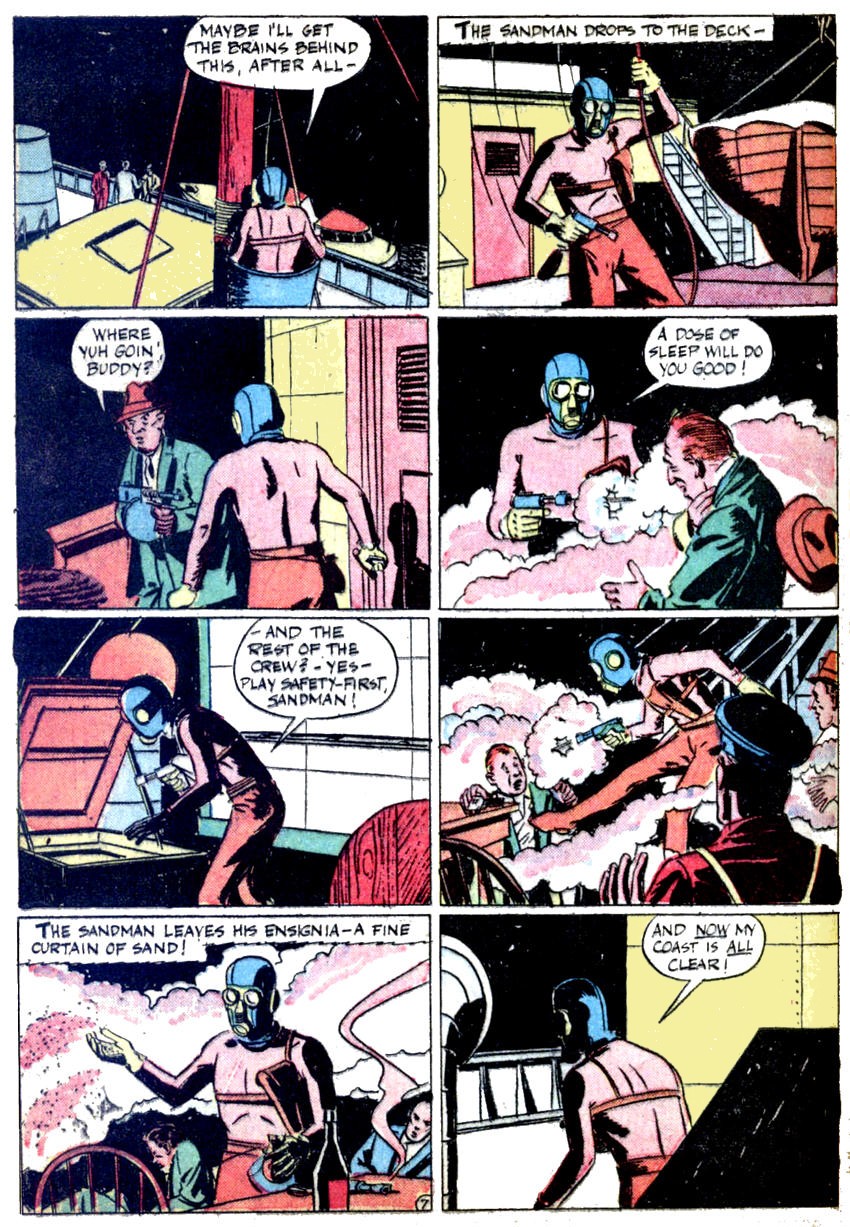 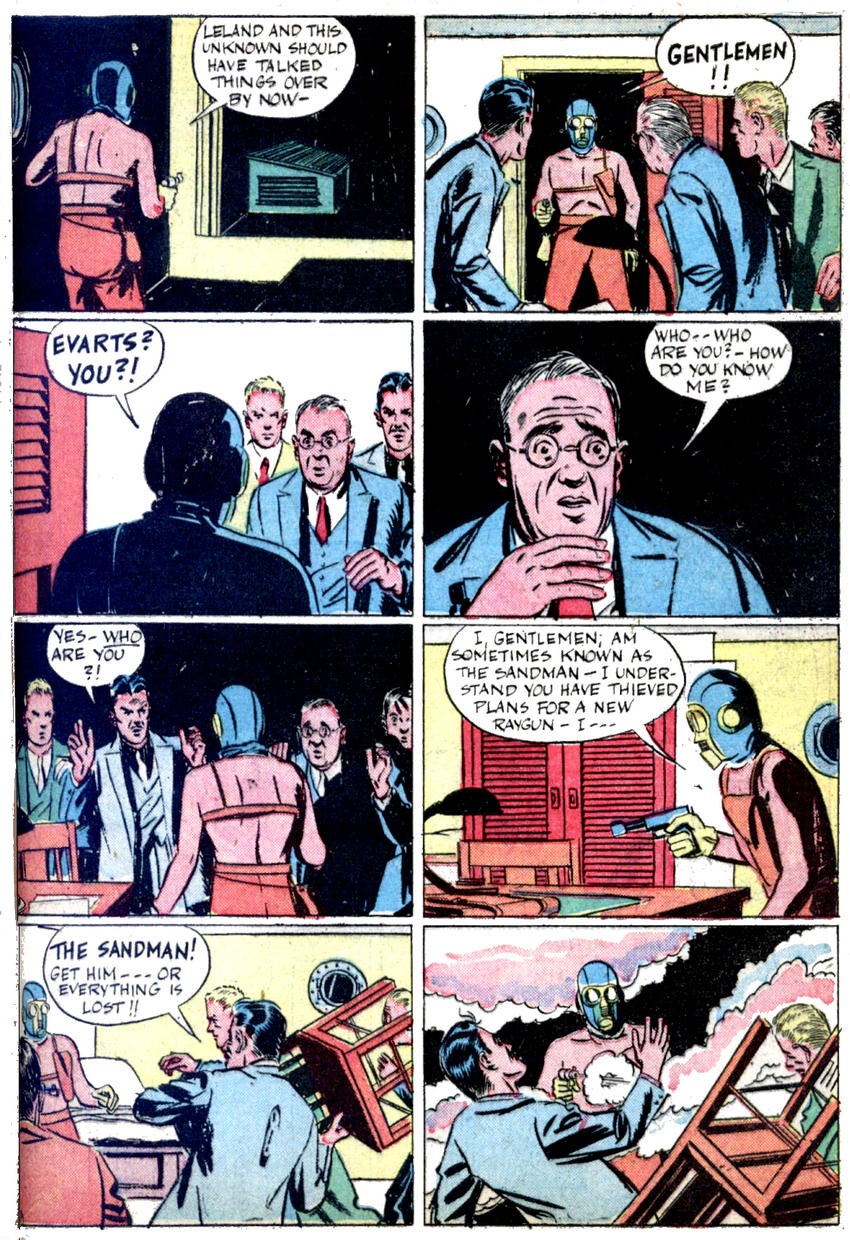 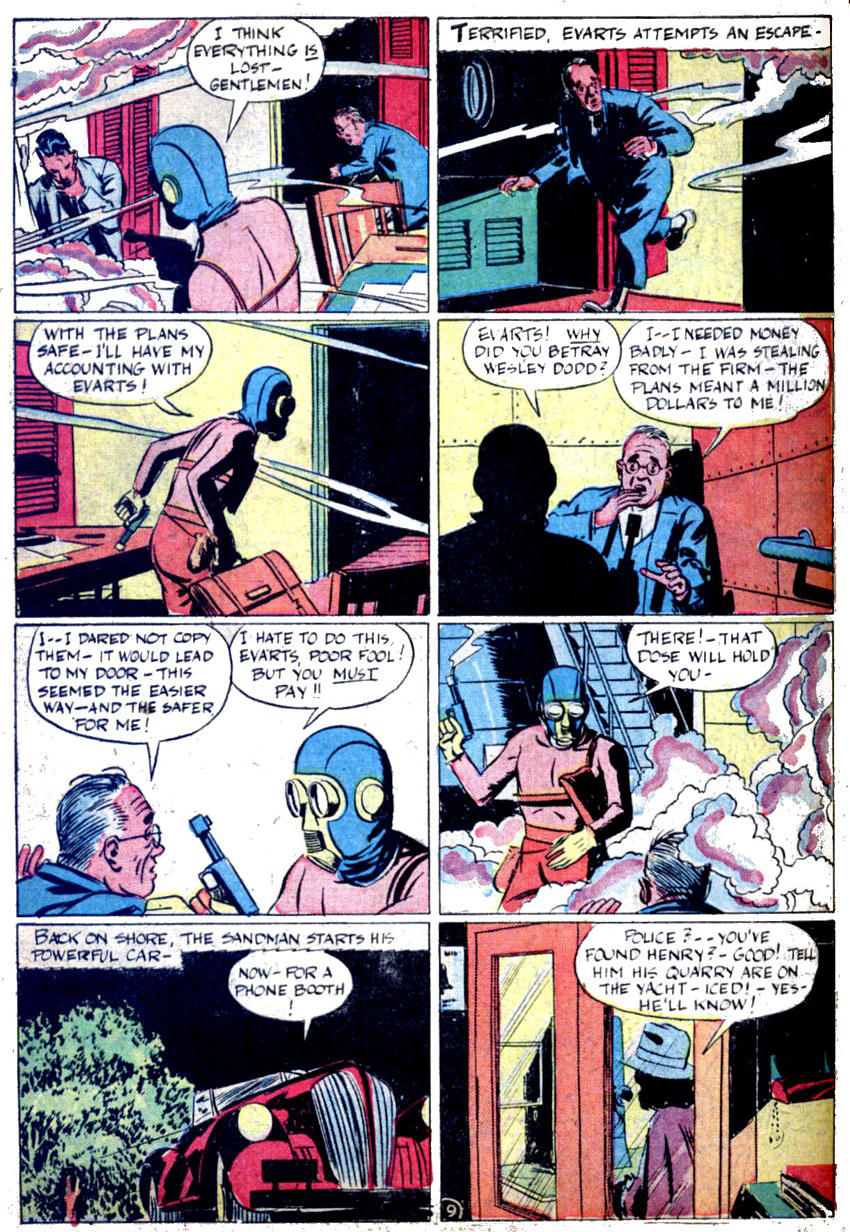 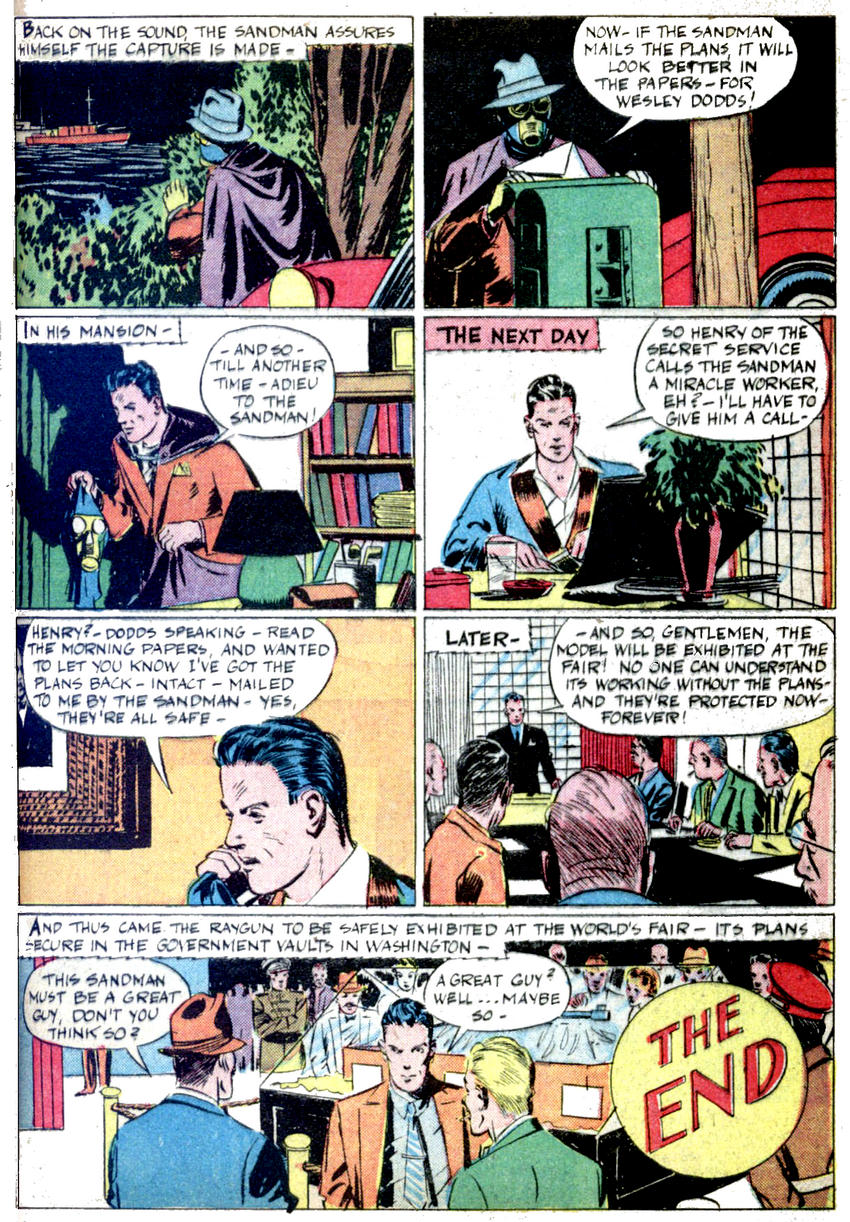 It's interesting to see how Caniff was a source of inspiration, and not only for american authors.
In Italy a small group of young authors (the early Hugo Pratt with his "Junglemen!" series, Alberto Ongaro, Dino Battaglia) created the magazine "Asso di Picche" (= Ace of Spades) in 1945. Later (1949), they started working for Argentinian publishers and Asso di Picche became As de espadas.
One of those guys was Paul Campani, who later became one of the most acclaimed animation artists for italian T.V. advertising and created many characters fondly remembered by us children of the 60's-70's. Take a look at his "Caniff" art:

The lovely gal is "Gey Carioca", a comedy series sadly rebooted as an "adult" comic in the 70's.
Here is another sample of his art:

In Argentina he did a series called "Bull Rockett",written by G. Oesterheld and later drawn by Alberto Breccia, who also was quite Caniff-ish in his early efforts. Such are the strange ways used to spread the "Caniff Contagion" all over the world. Nonetheless, all those great authors acquired a personal style in their careers.
Hope this was interesting, or at least not too boring...

Bert Christman was something of a prodigy. When he took over "Scorchy Smith" at the age of 21 he was already drawing like a much more mature artist. Bert obviously looked to Caniff for inspiration, but less visible (though equally important) was Roy Crane's influence on his work. Christman really knew how to do more with less, or as Caniff once said about Crane"(and I'm paraphrasing): "He leaves off where the rest of start."

Odyzeus, I would love to see more of Christman's work. But I am surprised that a guy who was willing to figuratively chain himself to a drawing board for the arduous work of drawing comic strips and comic books, would also become a "flying hero" in his own way. Even had he lived he might have moved on from comics into some other enterprise.