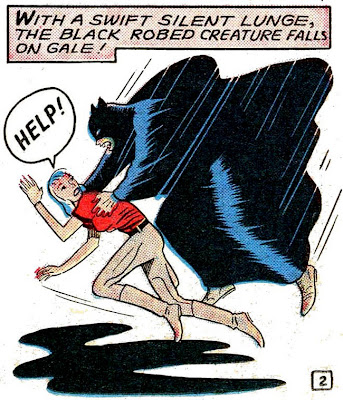 The last time I showed a story by Fred Guardineer was just last month on George Washington’s birthday, for a story of a magician bringing Washington’s statue to life. Guardineer, who had drawn magician Zatara in Action Comics, seemed to have been typecast as a magician artist. Here's another, Merlin the Magician, from National Comics #21 (1942). This strip caught my eye the way it might have caught yours: the incredible logo, which foreshadows a story of giant vampire bats, and a stocky, gap-toothed costumed character who looks like a caricature of Batman.

As a bonus, I'm throwing in a Quicksilver strip Guardineer did in National Comics #39 (1944). Who could resist a story with a villain called Dr. Krud?

I've mentioned before about Guardineer’s precise ink line. In many ways it reminds me of the work of Charles Burns, whose inking is so perfect that it hardly looks like a human hand did it. I'm fascinated by artists who have such control of a brush. 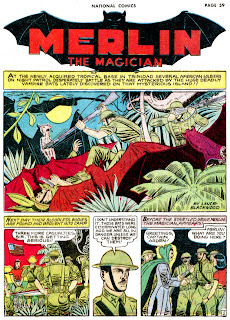 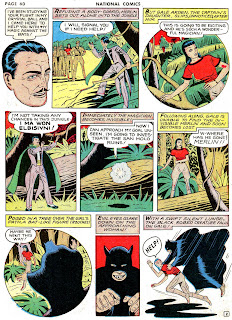 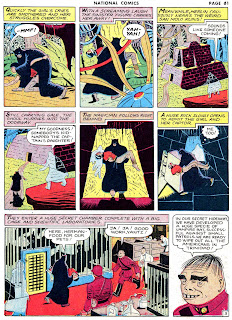 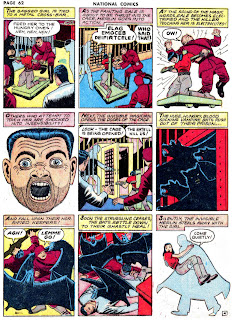 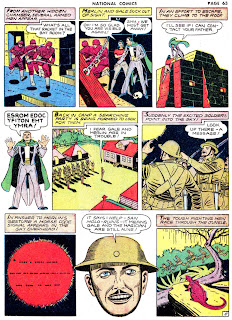 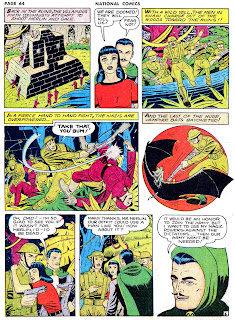 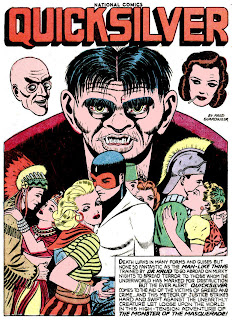 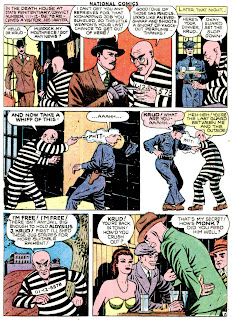 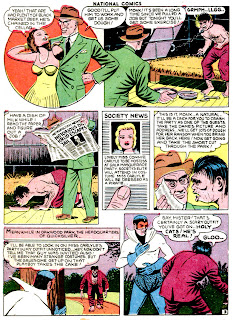 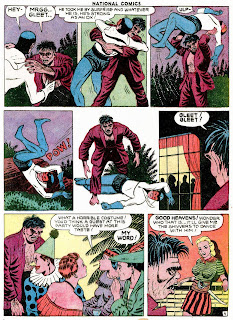 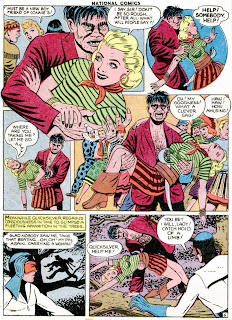 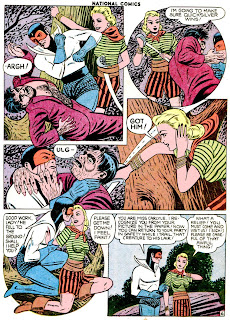 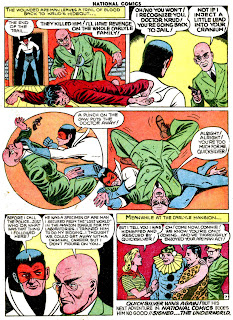 If they're American GIs, why are they wearing Tommies' helmets?

Keir, those flatter helmets were in use by the U.S. military before they were replaced by the M1 helmet (the "steel pot").

Those are some fine lines, it almost looks like advertising art in places.

I always had a hard time with the magician type characters will ill defined powers; "send code to army!" Why not "Summon giant demon to eat Nazis" or "Make me super strong and invincible."

Instead, he makes a women a walking electric chair! Which, if you notice, he forgot to do before picking her up!

Pappy,
I don't recall much Nazi-related in the Caribbean, but http://www.history.navy.mil/library/online/buildbaseswwii/bbwwii2.htm pp. 22-31 reminds me it was more than just ship sinkings.
I don't know of a real San Molo, but Google Translate notes "molo" means "pier" so it makes sense it might be near a naval base.
Thanks!

Darci, whew. I guess I can count on you for research. Thanks!

Brian, I have said before my problem with "magic" in any kind of fiction is in having no rules. I agree with you on what the magician could have done. If I had the power I'd just turn myself into Superman and kick butt.