Number 1328: “A whirlwind of flying fists and smoking guns!!” 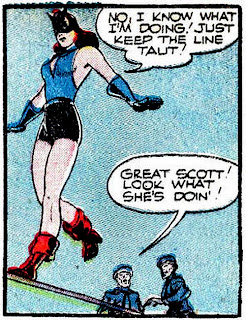 Black Cat is really Linda Turner, Hollywood movie star, who has nothing to do when not filming but go around in costume fighting bad guys. As a member of the “Evacuation Corps,” Linda goes on a short mission to buy a ranch to keep children safe in case the war comes to California. Naturally, the owner refuses (it isn’t as if Linda asked him; it was more of a demand), and that lack of patriotism gets Black Cat involved. Although Linda tosses in a gratuitous personal insult and seems high-handed in her treatment of the ranch owner, it turns out the guy is in a with a ring of saboteurs. So, owing to the temper of the times, he deserves to get his butt kicked all the way to Berlin. The story, drawn by Arthur (Arturo) Cazeneuve, is from Harvey’s Speed Comics #22 (1942).

This is our last day of Pappy's “War is hell on the homefront” week. All of our stories this week have been from comic books published in 1942, and the subject is the war against saboteurs fought on American soil. I want to continue this theme in the future. 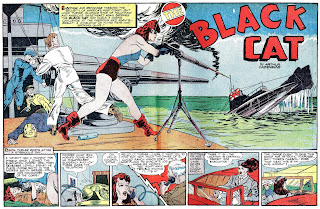 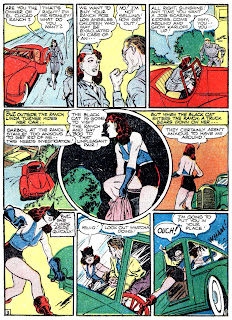 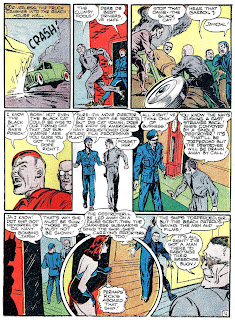 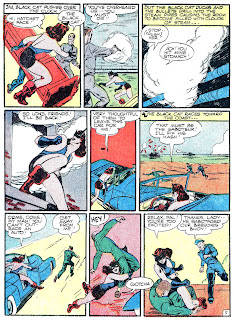 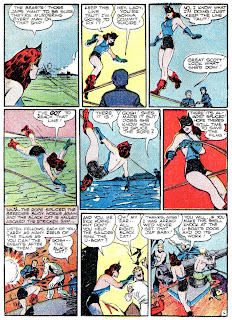 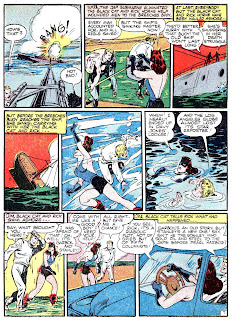 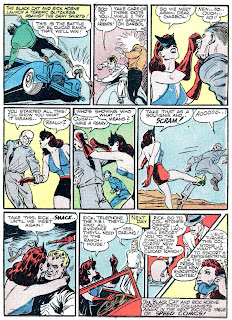 OMG I applaud Linda 4 ur p8riotizm but I'd B a lot more impresst w/her titerope-walkering if she did it in hi-healz yo! OMG Pappy I wish u wer on twitter yo OMG!! Happy Saturday!XOXO

Sweet art... I really love this character and mostly only familiar with the later version illustrated by Lee Elias. I'm surprised Hollywood hasn't already jumped on Black Cat for some crummy movie

Karswell, who could play Black Cat?
Anyone who has played Catwoman would be out, as would my first choice, Scarlett Johansson, since she's in the Marvel movies.