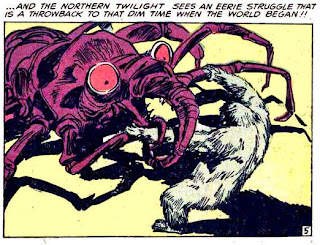 
A Heap of art styles


In the Wikipedia entry on artist Ernie Schroeder, it's said that Schroeder had several careers during his 90 years. His credits in comics run from 1945 to his last job at Harvey Comics in 1958, less than a decade-and-a-half out of a long and productive working life.

Schroeder might be best known to comic book fans for his work on Airboy Comics,, where for about four years he drew both the title feature and backup strip, the Heap. It's also stated in the article that he wrote much of what he drew in this period. I've chosen a Heap story from the fourth to last issue of Airboy Comics as an example of Schroeder's craggy inking style, and because I like the monster the Heap fights.

Schroeder's first job in comics is reportedly "The Black Lagoon" from Buster Brown Comic Book #23 in 1945. I believe it was inked by Ray Willner, who also had a distinctive and illustrative style of inking, with shorter pen lines than the usual longer brush strokes of most comic book art. 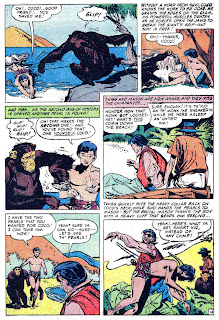 This page from the story shows that it might have been Schroeder's first comic book penciling job, but he already had his composition and comic art storytelling skills down. 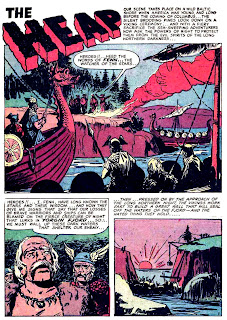 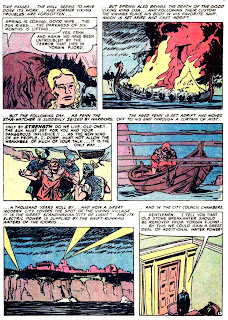 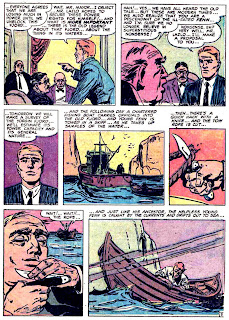 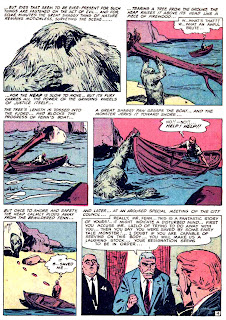 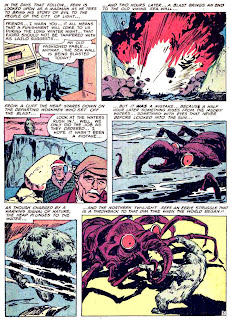 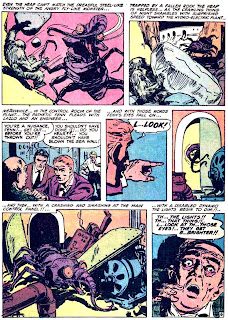 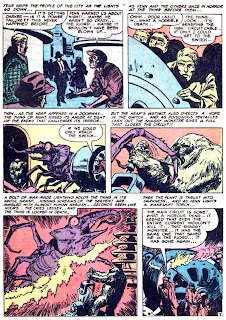 I got the scans for these originals of The Raven from Heritage Auctions. They are attributed to Schroeder, and show at the time he was closer to Will Eisner's style than his later work at Airboy Comics. I like this story, penciled and inked but left unlettered and unpublished. The look of the strip puts it somewhere around the mid-forties era at Harvey. There were various boom and bust cycles in comics, and it may have been intended for a book that was canceled before the strip went to the letterer. 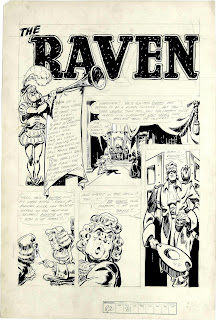 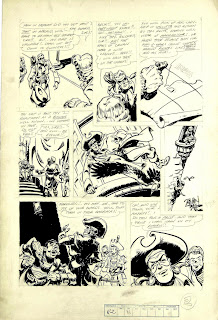 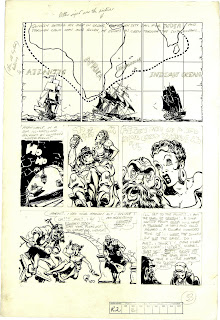 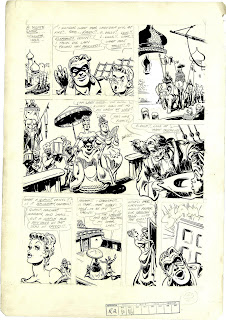 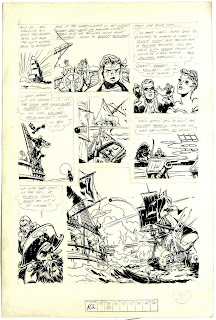 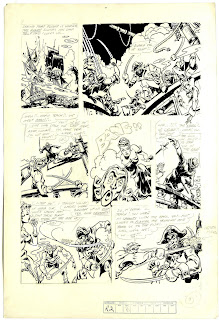 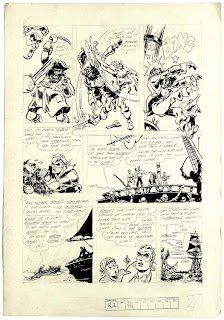 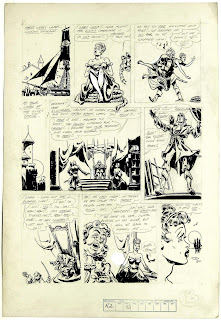 He may have left comics in 1958, but he worked on sick for the first forty issues. I am looking at the GI Joe stories now and I am surprised to see how much work he did for that title.

You're right about The Raven resembling Will Eisner. The one guy's even wearing a mask!

Ger, I don't have any issues of Sick, so thanks for the information.

Kirk, to my eye Schroeder's work on this strip strongly resembles Bob Powell's. I hesitated for a long time to post it for that reason, but finally decided that Heritage probably knows better than I.

One thing remains constant between the first and second stories: Superior draftsmanship - his underlying anatomy is just so very fine. I like the inking a great deal in that first story - as you say, very unique. It has such a kinetic, dynamic quality. That second story is clearly a Spirit knockoff, but a very great one. Interesting how his inking there was so much smoother - ala Eisner. What a great talent. I have never seen his work, so THANKS!