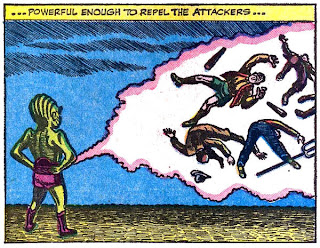 
Someone did me a big favor by posting online the backup stories from Marvel's Journey Into Mystery #83 to 104. I bought that comic regularly. Among the stories I remember were the five-pagers by Larry Leiber and Matt Fox.

I thought Leiber's art in those days was kind of rough, and combined with Fox's busy pen inking gave the stories their own oddball look. Like a lot of other fanboys in those days I dismissed it as not being up to the standards of Marvel artists like Kirby and Ditko. I didn't know that Leiber would find a career at Marvel, but at the time I also didn't know he was Stan Lee's brother. To his credit Leiber built a career in comics. He worked at it and got better. I also didn't know that Matt Fox's art was what we'd now call outsider art. He had a particular and peculiar vision. His Weird Tales artwork is considered classic, and here are three of my favorite covers by him: 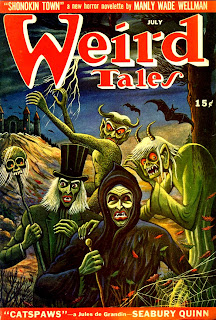 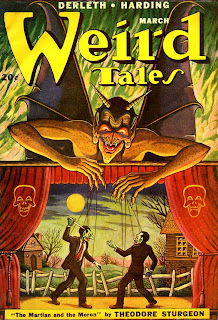 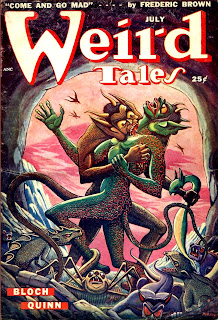 Fox had also done interior drawings for Weird Tales, and comic book work in the early '50s for Stan Lee and a couple of other publishers.

Nowadays I find the Leiber/Fox team's artwork charming, if I may use that word. I like it and appreciate it more now than when I first saw it.

The panel reproduced on the top of this page gave my high school buddy Ron and I a big laugh in 1963. We thought it looked like some kind of weird alien urination. It was the interpretation of immature minds, but hey, I still think that's what it looks like. 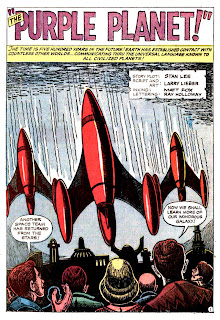 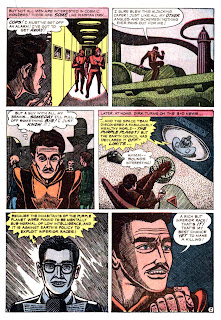 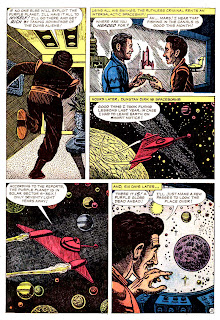 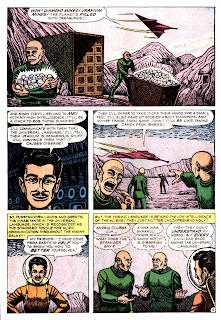 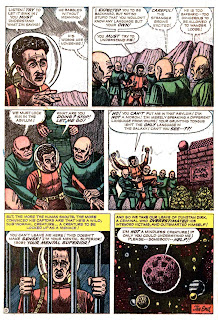 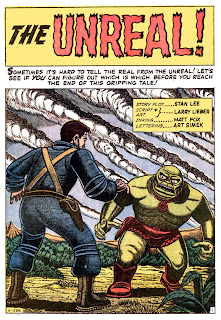 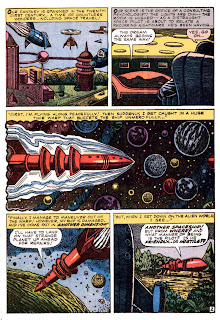 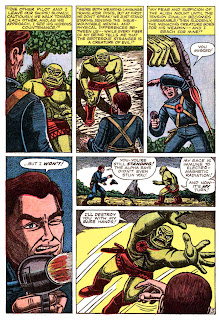 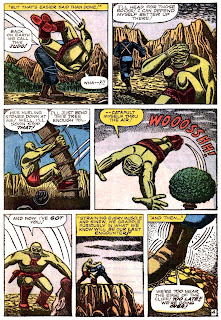 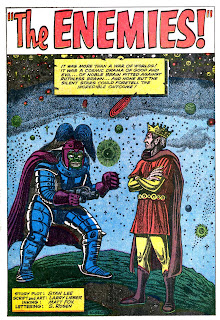 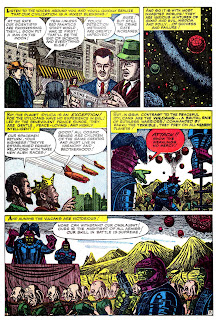 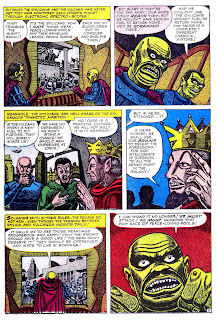 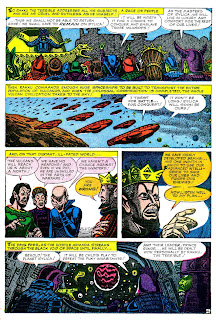 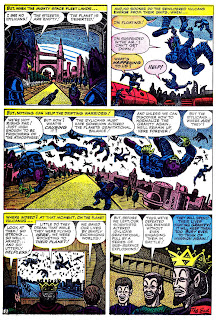 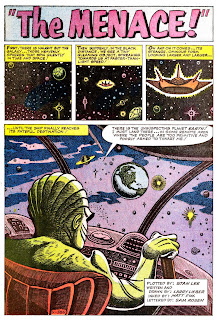 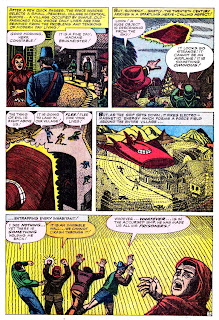 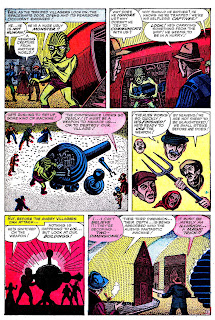 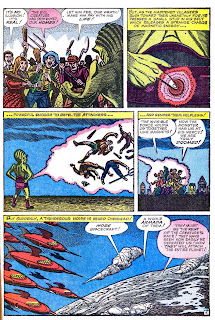 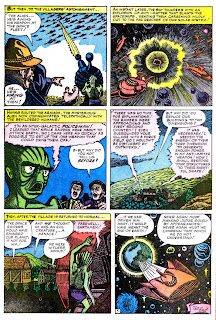 It's strange how Lieber/Fox reminds me of Wolverton. I think it's something to do with Fox's inks on Lieber's faces.

Why there is not even one book for Matt Fox? Why his stories are not collected yet?.He was a great artist and he must find his place in the pantheon of the 9th art.

All the credit here has to go to Matt Fox. He's far better without Leiber in the mix.
http://goldenagecomicbookstories.blogspot.com/2009/05/matt-fox-1906-1988-all-of-his-weird.html
Scroll down to the superb "Hand of Glory."
Funny thing is in an interview Larry Leiber said he hated the inks by Matt Fox, which I can understand because he did obliterate Leiber's style.

I also get that Wolvertoon impression--art-wise, I mean, because the stories don't hold a candle to Wolvertoon--but a weirder one is how much this looks like the work of Dan Clowes to me. Either way, this is much better than anything I've ever seen by Lieber on his own, and I think he and Roy Thomas have pretty lousy taste if they think otherwise.

On a Fantagraphics tanget, I love how Journey Into Mystery boils down to JIM, the title of Jim Woodring's comic. I first saw it and made the connection in the Mort Todd-edited Curse of the Weird, and now think of the creator of Frank as 'Journey Into Mystery Woodring'.