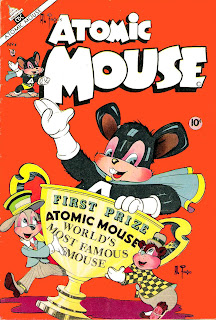 
Alfred "Al" Fago was a comic book editor, writer and cartoonist. The earliest strip I have attributed to him is from EC Comics Animated Comics from 1946, when EC was about kiddie comics and not walking corpses. I showed it in Pappy's #824. A little over a decade later, after spending much of his time at Charlton, Fago founded his own comic book line, which was comprised of ten issues of five different comics. Easy come, easy go...I showed you stories by Dick Ayers from one of Fago's comic books, Tense Suspense, in Pappy's #972.

Fago's most famous creation (for me, anyway) was Atomic Mouse.* Fago created the character in 1953 for Charlton. Atomic Mouse joined the ranks of other superhero cartoon mice: Supermouse and Mighty Mouse. Supermouse ate super cheese, and Atomic Mouse popped Uranium-235 pills. (The inset panel of A.M., with crazed expression, on the final page of this posting exclaiming "Gosh! I'll have to take a couple more pills!" should have disturbed Dr. Wertham.) 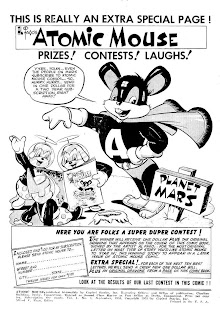 I wonder why mice became the good guys in animated cartoons and comics and cats were the bad guys? I depend on my cats to keep mice away, since I don't want them in my house. It saves me the humiliation of standing on a chair shrieking like a girl while a mouse does figure eights on my kitchen floor. I guess maybe it's the David and Goliath thing, the little guy prevailing over the big guy? I'm all for that, but mice? Vermin. Ugh.

Atomic Mouse's nemesis was Count Gatto, a cat of course. These two stories are from Atomic Mouse #4, 1953: 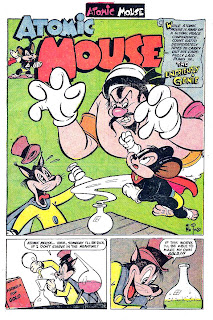 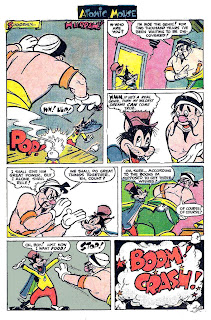 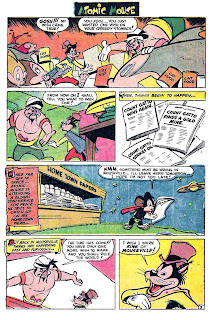 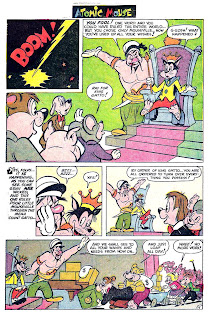 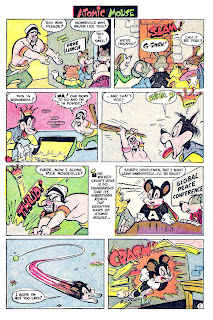 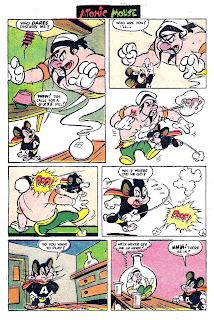 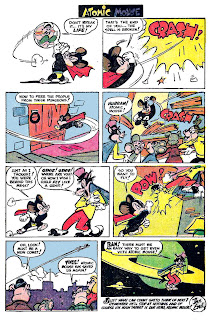 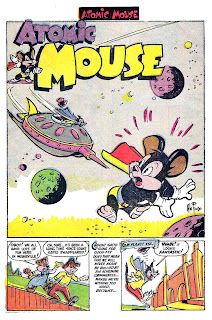 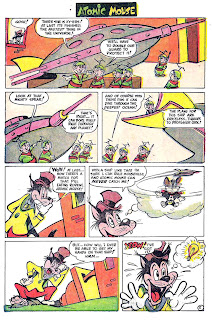 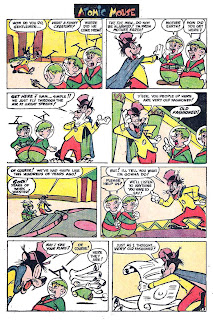 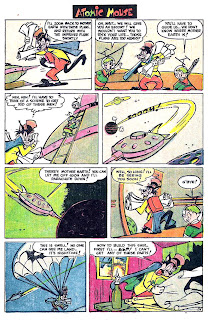 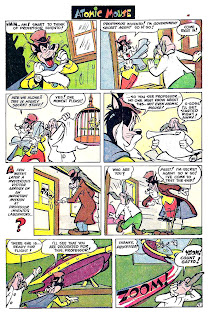 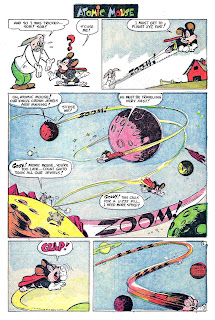 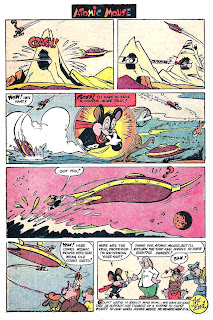 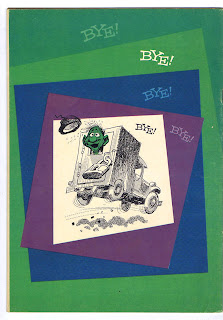 In 2007 I showed the first issue of Dell's Yak-Yak, illustrated completely by Jack Davis. Yak-Yak is a very oddball comic which is numbered as part of the Four Color series, at #1186. You can find it in Pappy's #200.

There were at least two editions of this issue, one with an ad on the back cover, and one without. Jim Gray has found the non-ad edition and has kindly shared a scan of the back cover. For you completists out there, and for all of us Jack Davis lovers, it's really nice of him to go to the trouble. Thanks, Jim!
Posted by Pappy at 12:06 AM

Pappy: This is some really good Al Fago (who was pretty darned good on the worst of days). I'm loving his character design on the Unfriendly Genie! Look at those hands on the first splash panel! I always considered Fago one of the forgotten masters of kids' comics. Great post!

Plus, he had one of those great cartoonist signatures!

Hey, Mykal, thanks for the comment about Fago's lettering. I'm not sure he lettered the balloons, but I believe he did the display lettering, logos and sound effects. My late father-in-law was a commercial artist in the 1930s, and had some magnificent Speedball books on hand lettering. That's what Fago's lettering reminds me of. He kept that style forever, it seems, and it was always very distinctive.