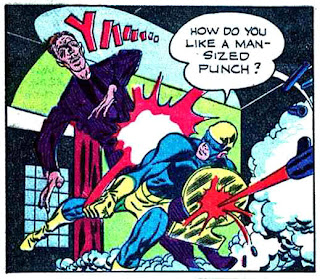 
Joe Kubert was only about 19 or 20 when he drew this Newsboy Legion story. The strip was created by Jack Kirby and Joe Simon, who were probably still in uniform when this episode was drawn.

Joe's art is a bit crude, but only crude compared to how good he became within a short time. He had his mentors at DC, including Mort Meskin, and Joe became a mentor with the school that bears his name. What goes around...

The Grand Comics Database credits the inks to George Roussos, and the script to Joe Samachson. 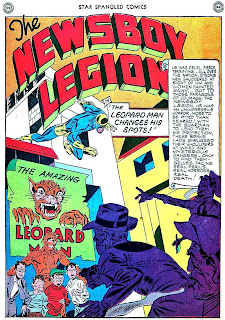 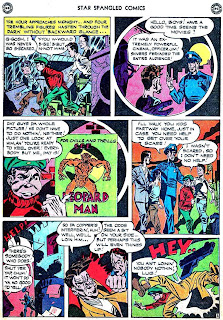 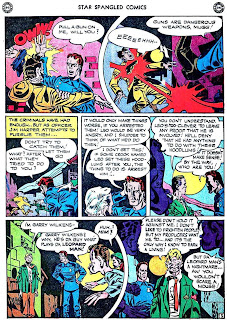 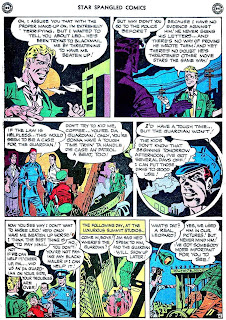 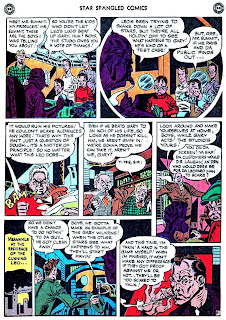 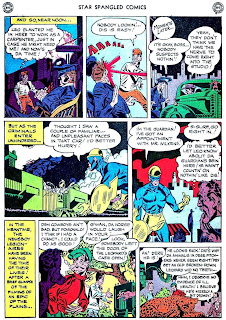 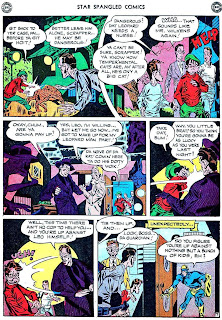 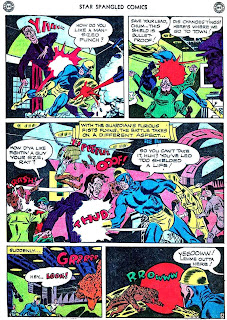 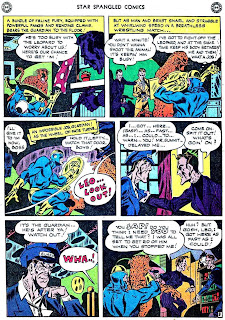 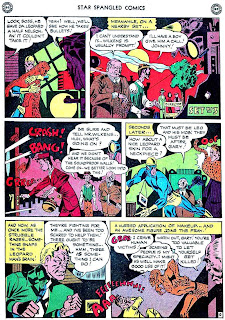 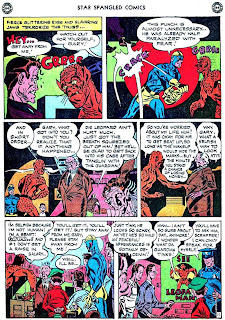 I hope that some day, someone with a real level of expertise will explore convergence and divergence in the styles of Kirby, Meskin, Kubert, and Ditko.