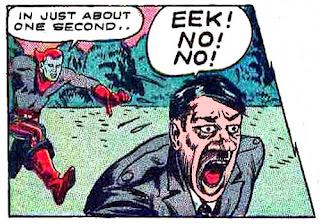 
From the depths of Hades to Der Fuehrer's face


We have in this Destroyer tale from All-Winners Comics the arch villains of all time: Hitler, Attila the Hun, Madame Satan and her husband, Satan himself.

Well, hard to beat all of those characters for sheer evil.

The Destroyer story isn't credited in the Grand Comics Database, except for a guess the inking is by Al Gabriele. It's very well drawn, full of action. Over the years Hitler has appeared in more comics than most fictional villains. It was a sort of wish-dream to get at him, but as we now know, that was all fantasy. Since this is fantasy might as well load it up with all the bad guys you can fit into a panel. I wonder if Madame Satan ever showed up again? She's very sexy, in a crazy-eyes sort of way.

The story appeared in a 2006 reprint from Marvel Comics, but what I'm showing you is from the original All-Winners Comics #8, 1943: 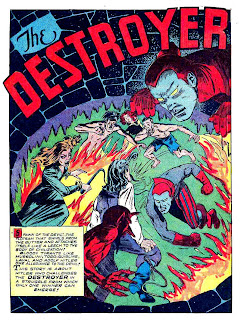 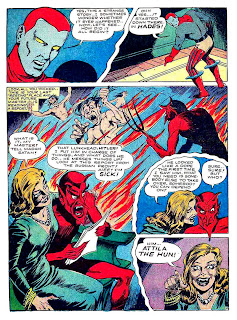 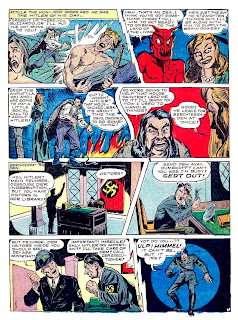 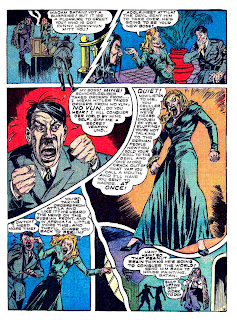 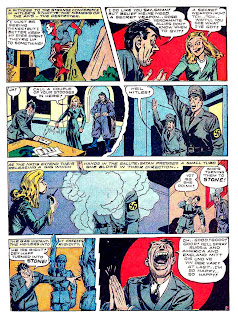 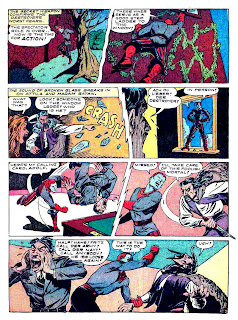 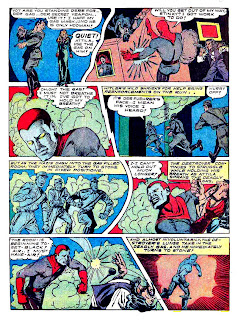 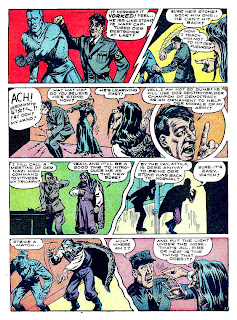 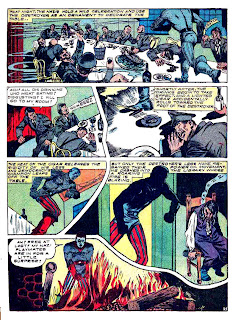 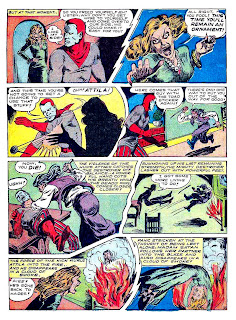 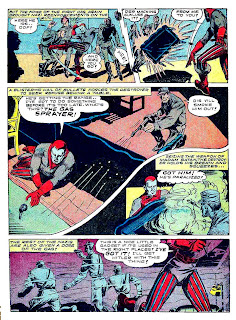 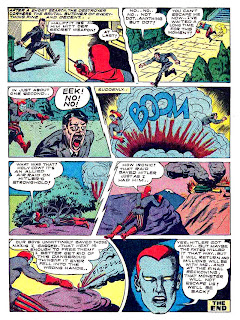 There's a joke in one panel about Der Fuehrer's Face, which was a popular hit of the day. Here's Spike Jones in a Movietone Newsreel doing a shortened version of the song:

Chilling. This comic, and the Spike Jones clip, all came out before American forces made their horrific discoveries in places like Gusen-Mauthausen and Buchenwald. Interesting that in this comic and many other media sources (particularly cartoons) Hitler was often portrayed slightly buffoonish. After the camps where discovered and liberated, the joking was over.

The "gas sprayer" that turned men to stone was the secret weapon here. Lord, that's creepy.

Mykal, your observation that Hitler was portrayed as buffoonish is right on, and it did change after the war's end, when a true assessment of the damage he helped to create was made.

If you've noticed any other Hitler stories I've shown from the early '50s, for instance, you see him shown differently, more sinister, more dangerous.

I make it a point when I show a story like the Destroyer strip to point out that it was a fantasy that someone could get close enough to get at Hitler in person. A great example is Captain America clopping Hitler on the jaw on the cover of Captain America #1. It probably helped morale for readers to get a vicarious thrill, or even indulge in the fantasy of being the guy doing the clopping.