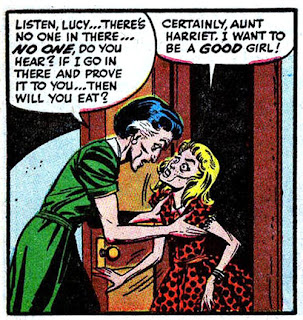 
In and out of the closet


Jeez, it's only ten days until Halloween, and I've been so busy working on this blog that I haven't been able to re-wrap Ex-Lax wafers in Hershey Miniatures wrappers. See what I do for you? Blogging is work, sabotaging Halloween is fun, and for you I've chosen work.

Oh well. I've got a couple more horror stories for Halloween. We have two different stories dealing with putting people in closets. One is of a mean ol' aunt punishing her niece in that nasty dark closet, from Harvey Comics Tomb Of Terror #11 from 1953. The second story is from Charlton's Lawbreakers Suspense Stories #12, from 1954. Both comics regarded the stories as good enough to get the cover position, but then, the closet is a universal fear, isn't it? Being in a confined, dark space gives some folks the whim-whams.

"The Black Closet" is drawn by Art Cappello, and the cover is by Lou Morales. There's sleazy cheesecake (sleazecake?) in this story. This type of comic helped fuel the furor against comic books. I think it's just good sexy, sadistic fun, myself. "The Closet" is drawn by ?, according to the Grand Comics Database, with a cover by Lee Elias. 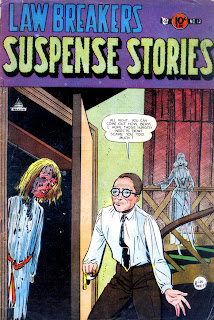 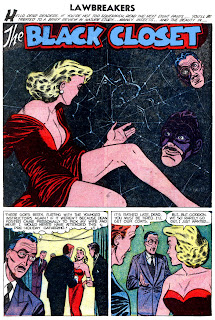 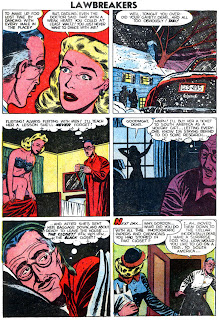 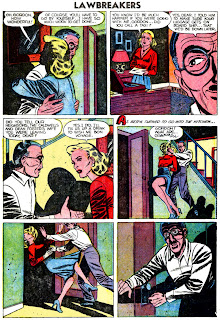 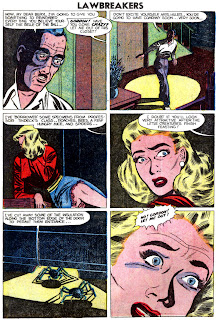 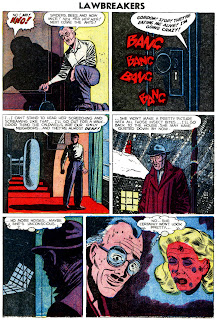 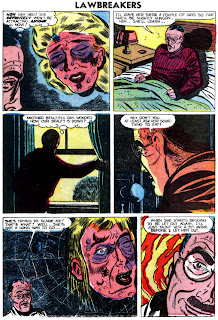 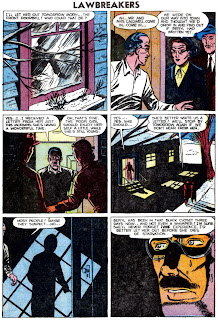 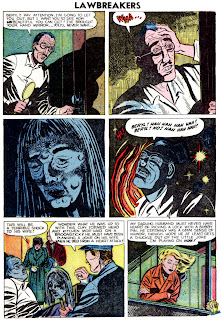 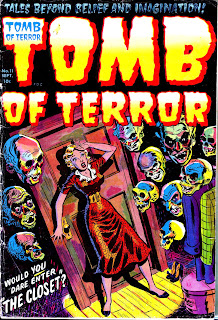 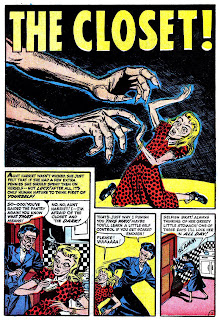 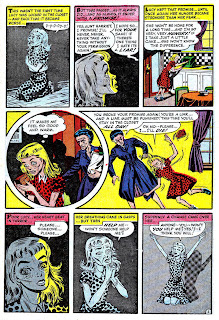 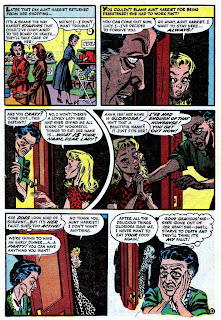 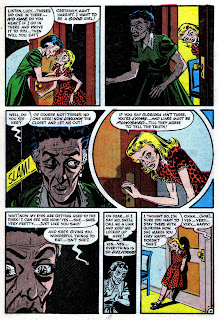 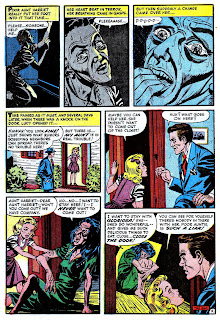 Nice. Two excellent "closet" horror stories. Made all the more frightening since the monsters & their (well deserved) comeuppances were "real" & not supernatural.

Although, I must say, at the end of "The Black Closet", the wife, Beryl, seemed an awfully good sport about her husband's attempt to torture & terrorize her. Guess that South American cruise really did help her to chill out. lol